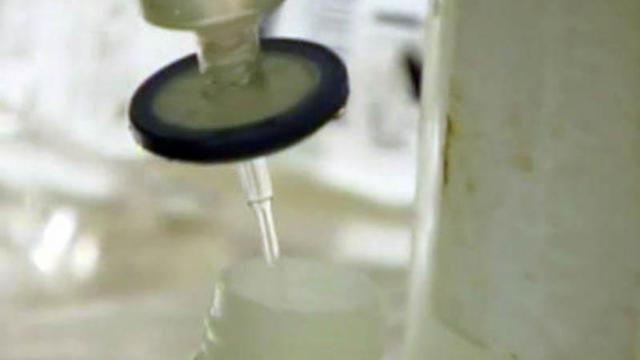 Raleigh, N.C. — North Carolina has turned down a pair of federal grants, one of which would have helped monitor water quality in areas where drilling for natural gas is likely to take place, provoking criticism from advocates who say the cash-strapped agency needs the money.

In an email dated Sept. 3, the state informed the U.S. Environmental Protection Agency that it does not need a $222,595 grant for water quality monitoring in areas seen as candidates for hydraulic fracturing, or "fracking," a method of natural gas drilling that has spurred environmental concerns in other states.

The same email also declines a $359,710 grant to establish a long-term wetlands monitoring network in the coastal plains and Piedmont areas of the state. That money would have helped track how wetlands changed over time.

"We have people in the division that are able to do these kinds of studies any time they need to be done," said Tom Reeder, director of the state Division of Water Resources. "I can go out and do that and do it a lot cheaper than it would have cost the federal government. ... I have not done a thing that would negatively impact the environment of North Carolina."

But nonprofit environmental advocates say the department could use the money to make up for cuts lawmakers made in state funding to the department. Concerns about the grants were first raised publicly in a piece published by the N.C. Coastal Federation.

"They're down $2 million," said Molly Diggins, state director for the Sierra Club.

Told that Reeder said he could do the same work without the grant, Diggins said it didn't make sense. "A magician might be able to manage to do that," she said.

Water quality is a concern with relation to fracking because critics say methane and other chemicals used in, or released by the process, could seep into local water supplies. The federal grant would have helped establish a baseline for those chemicals in local groundwater so that claims of future contamination could be properly evaluated.

Reeder said that, as soon as he gets information about specific areas that need to be monitored, his department will be able to do the work.

As for the impact of the wetlands grant, it's useful to know that DENR has been undergoing changes under Gov. Pat McCrory's administration. Those changes are part of the rationale cited by Matt Matthews for turning down the pair of grants in the Sept. 3 email.

The state's Division of Water Resources, a piece of DENR, is "currently in the process of reorganizing, which includes an evaluation of all existing programs,” Matthews wrote. “The Wetlands Program Development Unit has been identified as a program where the agency will be allocating fewer resources in the foreseeable future. Therefore, we respectfully decline the two grants that were awarded to the NC Department of Environment and Natural Resources (NCDENR) under the 2013 Request for Proposals."

In fact, the Division of Water Resources is in the process of merging with the Division of Water Quality. According to a fact sheet provided by Reeder, as a result of that merger, "the Wetlands Program Development Unit has been disbanded. All of the work that would have been performed by the employees supported by the grant will be absorbed by remaining staff in DWR or the other appropriate parts of the Department of Environment and Natural Resources."