Dengue Vaccine Tacks On a Warning 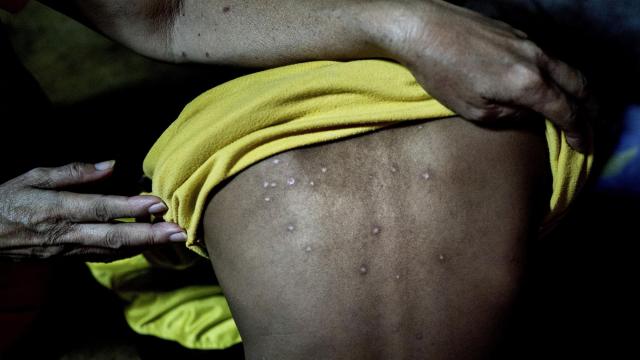 The first promising vaccine for dengue — a disease that afflicts hundreds of millions of people around the world — is in jeopardy after the Philippines suspended it, amid widespread fears about its safety and growing public anger over its use in 830,000 schoolchildren.

The Philippines government has begun investigations into the rollout of the immunization program by French drugmaker Sanofi, which has come under fire for discounting early warnings that its vaccine could put some people at heightened risk of a severe form of the disease.

The newly revealed evidence, confirmed recently by Sanofi’s review of study data, found that in rare cases, Dengvaxia can backfire: If people who never had dengue are vaccinated and later become infected, the vaccine may provoke a much more severe form of the illness.

The situation has become a public-relations debacle for the drugmaker, which spent decades developing Dengvaxia, the world’s first dengue vaccine. Politicians in the Philippines are demanding information about Sanofi’s advertising campaign and their government’s aggressive push, against the advice of some experts, to vaccinate 1 million children.

The backlash has alarmed researchers who worry that Sanofi’s stumble could stoke mistrust in vaccines around the globe. Sanofi’s vaccine is approved in 19 countries and is the first to combat dengue, a disease spread by mosquitoes that infects about 400 million people worldwide. It puts 500,000 people in the hospital each year and kills 25,000, mostly in Latin America and South Asia.

Late last month, Sanofi said its new analysis showed that vaccination should not be recommended for people who have never had dengue, advice that was echoed this past week by the World Health Organization. But that only adds to the confusion, because there is no rapid test to tell if someone has had the disease.

Even though the risk from the vaccine is low, families fear it has turned their children into time bombs, in whom the virus could set off a life-threatening illness.

Leovon Deyro, whose youngest son received his last injection of the vaccine two weeks ago, said he suspects that Sanofi conspired with corrupt Philippine officials to circumvent regulations, something the company has denied.

“We weren’t told it was not safe,” Deyro said. So far, he said, his son, who is 10, has had no worrying symptoms. But, he added, “They made my son and other students as guinea pigs.”

The Philippine Secretary of Health, Francisco T. Duque III, said the government is demanding a refund from Sanofi for the 3.5 billion Philippine pesos, or about $69 million, it spent on the vaccine. It is also asking the company to set up a fund to cover the treatment of any children who develop severe dengue. “It’s been very devastating for almost the entire country,” said Dr. Leonila Dans, an epidemiologist and pediatrician at the University of the Philippines in Manila who had been an early critic of the vaccination program. “Even those who are not vaccinated are very emotional about it, because they feel for the kids who had the vaccine.”

The episode could prove to be a cautionary tale for pharmaceutical companies, who have already been reluctant to invest in vaccines and drugs that are used mainly in the developing world.

Dr. William Schaffner, an infectious disease expert at Vanderbilt University, said, “It’s hard to think of another circumstance when a major public health program was introduced with this much controversy.” The problems with the vaccine rollout have “cast a pall” on other efforts to develop dengue vaccines, he said, and public health experts are worried that the distrust could spill over to other vaccination programs.

“Vaccines have plenty of controversy,” Schaffner said. “We don’t need to make more.”

Sanofi has said that the risk to people who get the vaccine is still extremely small. Moreover, in those who have previously been infected, the vaccine works well: In people older than 9, Dengvaxia is about 66 percent effective. It is even more effective — 81.9 percent — in those over 9 who were previously infected.

But that has not allayed fears in the Philippines, where Sanofi has said 10 percent of the children who were vaccinated probably had no prior exposure to the virus.

Dr. Su-Peing Ng, the head of medical affairs of Sanofi Pasteur, the company’s vaccine division, said in an interview that “there is no cause for alarm,” adding, “those vaccinated in high-exposure settings are much more protected than those who were not.”

The World Health Organization, which published guidelines on how to use the vaccine in 2016, has distanced itself.

“We did not give a blanket recommendation that the vaccine should be introduced,” said the World Health Organization’s representative in the Philippines, Dr. Gundo Weiler. “This is a decision for governments and governments alone.”

Dengvaxia was first approved in 2015, and Brazil and the Philippines initiated government-sponsored vaccination campaigns. Brazil’s government said it would continue its program but that it would follow Sanofi’s recommendation to avoid vaccinating people who have never had dengue. The company has told investors that it expects to lose 100 million euros, or about $117 million, as a result of diminished sales. Sanofi is one of the world’s biggest pharmaceutical companies, reporting sales of nearly 34 billion euros in 2016, or nearly $40 billion.

Two other dengue vaccines are in late-stage development and could threaten future sales of Dengvaxia if they show better results.

“It’s a huge disappointment and it’s a big lesson in humility,” said Michel De Wilde, the former senior vice president of research and development at Sanofi Pasteur, who oversaw the vaccine’s development until he left the company in 2013.

The illness, also called breakbone fever, can be excruciating, with high fevers, headaches, muscle and joint pains and lingering weakness. Sometimes the disease causes hemorrhage or shock, which can be fatal.

Some deadly cases have been linked to the fact that there are actually four different types of dengue virus. Research has found that severe illness can occur in people who had one type and later become infected by another. The body’s immune response to the first virus is thought to make the second illness worse, a discovery credited to Dr. Scott B. Halstead, who has been studying dengue since the 1960s.

In February 2016, as the Philippine program was getting underway, Halstead warned in a scientific article that the vaccine could put people at risk if they had not previously had dengue. He said the issue was well-known. “We’ve been talking about this for years,” he said recently. “It isn’t any hidden secret.”

He and others pointed to a trial of Dengvaxia in children, published in 2015, that seemed to confirm fears that the vaccine could be harmful to those with no previous exposure. The potential danger is not from the vaccine itself, but from the immune response to it. The researchers found that in children under 9 years old, those who were given Dengvaxia and later caught dengue were more likely to be hospitalized for severe illness than those who had not been vaccinated.

The finding originally led Sanofi to restrict Dengvaxia to children 9 and older, although the company did not concede that the higher hospitalization rate among younger children was due to their lack of prior dengue exposure. A panel set up by the World Health Organization recommended that the vaccine be used only in places where the incidence of dengue was high.

Brazil decided to limit its government program to people who are over age 15.

Even as Sanofi pushed back against researchers’ warnings about the vaccine’s potential hazards, it ordered another analysis of the data.

Ng, the Sanofi official, said that before the additional analysis, “there wasn’t a robust way in which we could answer that question. It’s only this new analysis that has given us this insight.” The new analysis found that lack of past infection was tied to an increased risk of severe dengue. But the risk was small — two extra cases per 1,000 previously uninfected people vaccinated, over five years of follow-up. And there were no deaths reported.

But how to tell if someone has had dengue? Doctors and patients cannot always tell because symptoms can be vague.

No rapid test exists. Current tests take a few days to produce results, and may have trouble distinguishing dengue from Zika, a related virus. Trying to use them would further complicate a vaccination process that is already cumbersome, because it requires three visits. Sanofi has said it will invest in efforts to develop a better test.

At a Philippine Senate hearing on Dec. 11, Thomas Triomphe, a regional Sanofi official, emphasized the vaccine’s benefits and said that to permanently remove it would leave 90 percent of the population “at the mercy of an epidemic which has been found to be preventable.”

But parents feel they have traded one risk for another that might be worse. Maria Brenal Bernal said her daughter, Reyna Rose, had been sick on and off since receiving her first shot of Dengvaxia in August.

Bernal had traveled to the health department in Manila, hoping for help.

“Her gums were bleeding,” Bernal said. “She has fever. We don’t know if it’s dengue, but she has been sick about a week.”

The Philippine health department has said it will cover the expenses of any child hospitalized for severe dengue.

Sanofi saw the Philippines as a key market. In the fall of 2016, the company initiated a “disease awareness” campaign that did not name Dengvaxia but directed people to a Facebook page where Sanofi was mentioned. The ad concluded: “Ask your doctor about dengue vaccination today.”

The Philippine Food and Drug Administration ordered Sanofi to halt its campaign and in October fined Sanofi and Watsons, a drugstore chain that had started its own promotional campaign, 5,000 Philippine pesos, or about $100, for violating advertising laws.

The enthusiastic rollout had its critics, including local health experts who raised the same safety questions as Halstead. Some pointed to the vaccination campaign’s cost of 3.5 billion Philippine pesos, more than the rest of the country’s immunization program combined, according to local news reports.

Countries like the Philippines, with endemic dengue, were eager to have a vaccine. “There was a lot of pressure for Sanofi to proceed, and of course they wanted to make money from it,” said Vincent Racaniello, a professor of microbiology and immunology at Columbia University’s College of Physicians and Surgeons.

Experts in infectious diseases say the vaccine is too valuable to be abandoned.

“If we wait for the perfect vaccine, we will probably be talking about this 50 years from now,” said Duane Gubler, an emeritus professor at Duke-NUS Medical School, who favors using the vaccine, especially where dengue is highly endemic. He is one of the inventors of a competing dengue vaccine made by Takeda and has consulted in the past for Sanofi.

The Takeda vaccine and another by the U.S. National Institutes of Health, which will be mainly sold by Merck, could be approved for use soon.

According to the research so far, the NIH vaccine, which is administered in a single dose, “gives a very potent response against all four of the serotypes,” said Dr. Anthony S. Fauci, director of the National Institute of Allergy and Infectious Diseases, which is overseeing the vaccine’s development.

Some analysts said Sanofi’s struggles could have a chilling effect on investment in vaccines, which are greatly needed in developing countries.

“I think anybody who deals in emerging markets noticed this one,” said Les Funtleyder, a health care portfolio manager at E Squared Capital Management who invests in domestic and emerging markets. He said that many investors were likely to “ask the big companies, why are you doing this? It’s like, all risk, no reward.”