Democrats decline White House meeting on shutdown: 'It's kind of a mess' 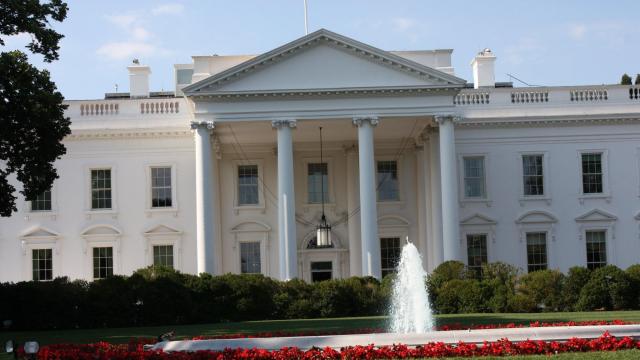 (CNN) — The White House sent invitations to a bipartisan group of lawmakers for a meeting Tuesday afternoon aimed at finding a solution to ending the government shutdown -- now in its 25th day as the longest in US history -- but no Democrats are expected to attend.

White House press secretary Sarah Sanders confirmed no Democrats would attend the meeting, listing instead nine Republican members of the House who will.

"Today, the President offered both Democrats and Republicans the chance to meet for lunch at the White House," Sanders said in a statement. "Unfortunately, no Democrats will attend. The President looks forward to having a working lunch with House Republicans to solve the border crisis and reopen the government. It's time for the Democrats to come to the table and make a deal."

The lunch meeting ended shortly after 1:30 p.m. ET, and Republicans who attended publicly lamented that their colleagues from across the aisle did not come.

"This was supposed to be a bipartisan lunch," Illinois Rep. Rodney Davis said, asking, "If you don't show up to the table, how in the world are we ever going to come to a solution?"

As negotiations have come to a complete halt, President Donald Trump and his allies are interested in putting pressure on congressional Democrats to budge on their refusal to give Trump additional money for his campaign promise of a border wall. But the White House's attempt to put daylight between rank-and-file moderate members of the Democratic caucus and its leadership did not appear, at least by Tuesday's meeting, to have paid off.

Several House Democrats who had been invited to the White House told CNN in advance of the meeting they had been given little to no information about what the meeting would entail and have either rejected the invite or wouldn't confirm whether they would attend. The invitations did not all go out at once, but over the course of Monday night, and consisted of a three-line email asking only if the member would "attend lunch at the White House tomorrow, January 15 at 12:30 PM," according to a copy read to CNN. The email was sent on behalf of the President.

"It's kind of a mess," one Democratic member who had received an invitation told CNN when asked their impression of how the meeting had been put together.

Democratic Reps. Stephanie Murphy of Florida and Lou Correa of California, two co-chairs of the moderate Blue Dog Coalition, both declined the invitations, according to sources.

Murphy later released a statement citing a scheduling conflict for why she couldn't make it.

"I have attended meetings with the President at the White House before, but a scheduling conflict prevented me from accepting this invitation," Murphy said. "However, I continue to believe the Senate should pass and the President should sign the bills reopening government that the House already passed. As a former national security specialist at the Pentagon, I look forward to having a meaningful, bipartisan discussion about the best way to secure our country."

Instead House Democrats say they plan to vote on several plans to reopen the government -- including one vote Tuesday to keep the government open until February. The votes on at least three different options at this point do not appear to have much of a future until Senate Majority Leader Mitch McConnell decides to hold a vote on them, but they're part of the Democrats strategy to keep pressure on Republicans.

House Democratic leaders said they haven't worked to stop their members from going to the White House but were making the point that they should have been made aware of what the actual intent of the meeting was from Trump's perspective.

"Is he inviting people to 1600 Pennsylvania Avenue to really try to resolve this problem or to create a photo op to project a false sense of bipartisanship?" Rep. Hakeem Jeffries of New York, the Democratic caucus chairman, told reporters earlier Tuesday.

As to whether there are splits in the Democratic caucus the President can take advantage of, House Majority Leader Steny Hoyer said the party is "totally united. Totally."

"Is anybody surprised that the President is trying to get votes wherever he can get votes?" Hoyer asked.

White House strategic communications director Mercedes Schlapp told reporters on the North Lawn Tuesday that House Speaker Nancy Pelosi was part of the issue and cited the bipartisan Problem Solvers Caucus as one group of lawmakers worth targeting.

"We want to work with rank-and-file Democrats," Schlapp said. "Obviously, what we're seeing right now is that Speaker Pelosi has refused to provide a counteroffer. ... So, we're going to talk to those individuals, to those Democrats, see if we can make some inroads. The President also will be bringing over the Problem Solvers Caucus so that's another opportunity to talk to congressional members. We want to be able to come to a solution and negotiate."