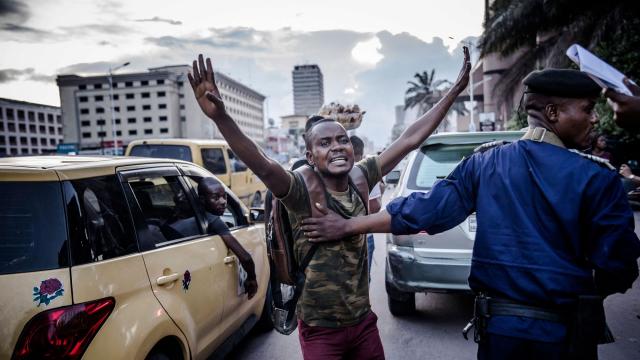 (CNN) — The Democratic Republic of the Congo's election to replace President Joseph Kabila, who has ruled the country for nearly 18 years, has been delayed by a week to December 30, the country's electoral commission announced Thursday.

Sunday's long-awaited vote, which has been postponed repeatedly since 2016, was again pushed back amid political turmoil and one of the deadliest Ebola outbreaks in history.

Commissioners blamed a blaze that engulfed a warehouse housing electoral materials in the capital Kinshasa earlier this month, incinerating thousands of voting machines -- 80% of the city's stock.

An opposition coalition that has objected to the use of voting machines called for an investigation into the fire. The coalition, led by presidential candidate by Martin Fayulu, alleges the machines could aid vote-rigging.

Fayulu, a former Exxon executive, is one of two opposition candidates seen to pose the biggest threat to Kabila's chosen successor, former interior minister Emmanuel Ramazani Shadary. The other is Felix Tshisekedi, leader of Congo's largest opposition party, who was shown to be leading the race in an October poll by a New York University research group.

But Shadary, who is under EU sanctions, is expected to get a boost from the ruling coalition's control of the media.

Voters in Congo are due to head to the polls following a violent campaign season, marred by several government crackdowns on opposition rallies that have drawn parallels with the 2006 and 2011 elections.

The move to delay the vote may further aggravate already high tensions. After the announcement Thursday, protesters gathered outside the entrance to the Independent National Election Commission (CENI) headquarters in Kinshasa.

Kabila, who said in August that he would not seek election for a third term, has maintained a fierce grip on the nation since taking over in 2001, after his father, Laurent Kabila, was assassinated. Kabila's second term ended in 2016, but he refused to step down and tried to change the constitution to extend his tenure.