Delta issues another warning on earnings 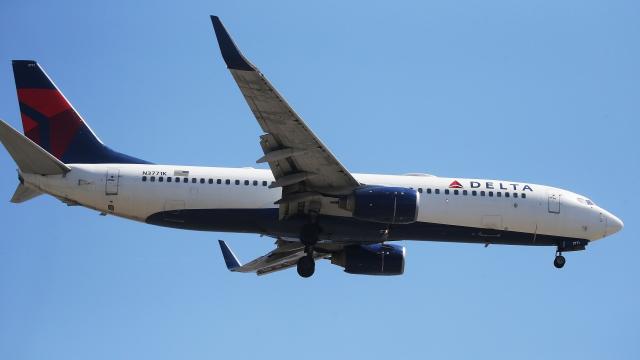 (CNN) — Delta Air Lines says the next three months could be bumpy.

On Tuesday, the company forecast earnings per share of 70 cents to 90 cents, far below Wall Street estimates. A year ago Delta earned 74 cents a share in the fourth quarter. Delta also said a key measure of revenue from fares is likely to be flat.

He estimated that the airline is losing about $25 million in the month of January because of fewer bookings. That equates to about a 1% drop in expected revenue.

Bastian said Delta is also concerned about longer security lines because some TSA screeners who aren't being paid and are calling off sick. Bastian said Delta is talking with TSA and having its employees do some of the non-essential screening work that they're allowed to provide in an effort to limit the lines.

But Delta said the long lines have been sporadic and not spread evenly across all airports. And Bastian said he's not seeing any drop in bookings from customers who don't want to deal with the lines.

"We're not seeing any evidence that people are looking at this extended shutdown as anything other than something that's going to be resolved hopefully soon," he said. Bookings for the upcoming Martin Luther King holiday weekend and the President's Day weekend next month are strong.

The airline also expects that it will see a delay in FAA approval for its Airbus 220. The FAA is one of the agencies seeing non-essential personnel furloughed during the shutdown. The smaller plane that is replacing some regional jets had been expected to begin service as soon as January 31.

"The start date is likely to be pushed back due to delays in the certification process," said Bastian. "This is also hampering our ability to put seven other new aircraft deliveries into service. We strongly encourage our elected officials to do their very best to resolve their differences and get our government fully open as quickly."

The shutdown started on December 22 and is now longest on record. About 800,000 government employees have been furloughed without pay.

Shares of Delta (DAL) fell as much as 1.6% in premarket trading before rebounding and finishing slightly higher.

The guidance also shook some of its competitors. American (AAL) fell 1% before closing higher. Shares of United Continental Holdings, (UAL) were also down slightly before the bell, but the airline on Tuesday reported that fourth quarter profit had exceeded expectations. Stock closed up 1.6% and was up as much as 6% after the earnings report.

Earlier this month a warning from Delta that business travel was a bit softer than expected at the end of the fourth quarter was enough to send airline stocks sharply lower.

But Delta's fourth quarter results ended up not being all that bad.

Earnings were a few cents a share better than estimates, and overall revenue for the quarter fell in line with forecasts.