Cary, N.C. — A delivery driver was taken into custody Friday hours after a woman walking her dogs in Cary was struck by a truck and killed.

Bert Ramos, 54, of Morrisville, was charged with misdemeanor death by vehicle and felony hit-and-run resulting in serious injury or death.

The crash occurred around 6:45 a.m. on Penny Road near Kildaire Farm Road intersection.

Authorities identified the woman as 65-year-old Nancy Mallian. They said she was wearing a reflective vest and walking her two dogs in the road when she was hit. One of the dogs also died. 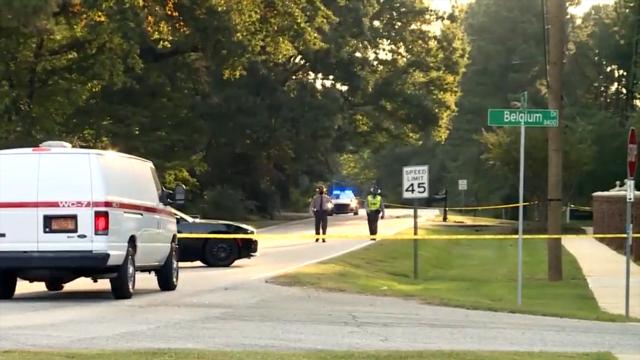 "I am just absolutely sick that this woman lost her life on a walk she probably did daily," said Sandy Cerretti, who lives nearby and also walks in the area. "I don’t know her personally, but I am very sorry for her and her family."

Cerretti and a friend placed flowers by the roadside.

After authorities said they were looking for a white box truck with a missing right-side mirror, Ramos called 911 to report that he was the driver who had hit Mallian, a State Highway Patrol trooper said.

Ramos was taken into custody at a delivery facility. He declined to comment after appearing before a magistrate and being released on $50,000 bond, but he told troopers that he thought he had hit a deer.

Ramos told authorities that, when he saw the damage to his truck and news coverage of a dead pedestrian in a neighborhood where he had been, he called 911, a trooper said.