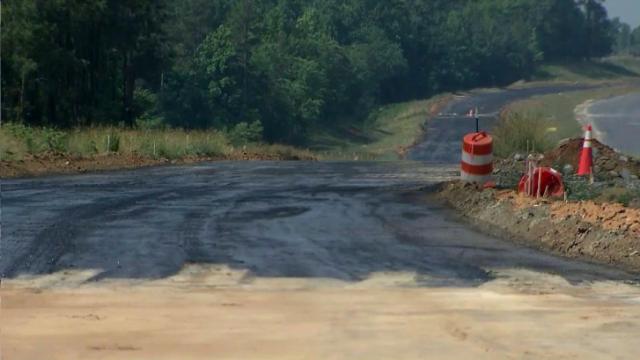 Rolesville, N.C. — Residents in Rolesville have become accustomed to construction delays associated with the U.S. Highway 401 Bypass project, but there could some proverbial light at the end of the tunnel during 2015.

North Carolina Department of Transportation officials said parts of the project could be done by April if weather allows Michigan-based DeVere Construction Co. to continue to make progress.

The entire 6-mile route, which runs from Perry Creek to near Jonesville Road, could be done by June.

"It's like it's never going to be finished," Allen Moody, who commutes through the busy downtown Rolesville area every day, said. "They kept delaying it, like to October, then to the end of the year, and now I don't know what the date it. But it has been a long time coming."

DeVere began work in 2011 with a scheduled completion date of summer 2014.

DOT engineer David Moore says crews have encountered more rock than they expected. The company had hoped to use some of it in the construction of the bypass, but the material did not pass state inspections.

"It took a lot of time to get that process up and going, and ultimately it didn't work out," Moore said.

"It will at least relieve some of the traffic of U.S. 401 Business to get traffic from coming through downtown Rolesville," he said.

Moore said the $25 million project is still within budget, but DeVere has been barred from bidding on any new projects until the one in Rolesville is complete.

"I wish it could be done quicker," Moody said.