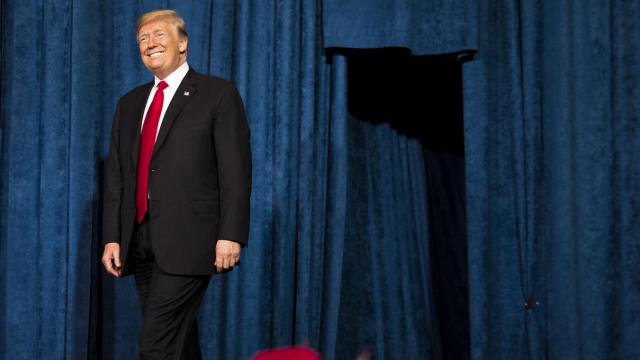 EDITOR'S NOTE: Linda Qiu is a fact-check reporter, based in Washington. She came to The Times in 2017 from the fact-checking service PolitiFact.

President Donald Trump has a well-documented problem telling the truth.

Fact-checkers have compiled lists of all of Trump’s falsehoods since he took office (The Washington Post counts over 7,500, and The Toronto Star over 3,900), rounded up his most egregious whoppers in year-end lists and scrutinized his claims in real time with television chyrons.

Here at The New York Times, we have also fact-checked countless campaign rallies, news conferences, interviews and Twitter posts. After nearly two years of assessing the accuracy of Trump’s statements, we can draw some conclusions not just about the scale of the president’s mendacity, but also about how he uses inaccurate claims to advance his agenda, criticize the news media and celebrate his achievements.

Repetition and Inflation
Trump refuses to correct most of his inaccurate claims, instead asserting them over and over again. They become, by sheer force of repetition, “alternative facts” and staples of his campaign rallies and speeches.

Examples abound. He has falsely characterized the December 2017 tax cuts as the “largest” or the “biggest” in U.S. history over 100 times (several others were larger). He has misleadingly said over 90 times that his promised wall along the southern border is being built (construction has not begun on any new section). He has falsely accused Democrats of supporting “open borders” over 60 times (Democratic lawmakers support border security, but not his border wall). And he has lobbed over 250 inaccurate attacks on the investigation into Russian election interference.

Yet Trump does not rely on repetition alone. He also embellishes talking points to amplify his achievements.

Take his repeated fabrication about the construction of new steel mills. After his administration announced tariffs on steel and aluminum imports in March, the president claimed in June that United States Steel Corp. was “opening six new plants.” A month later, the number rose to seven. He has also occasionally cited eight, possibly nine or a vague “many plants,” and he claimed once that plants were “opening up literally on a daily basis.” To date, U.S. Steel has yet to open or build one new plant, though the company has restarted idled components of some plants.

Trump often pairs his misleading claim that his border wall is being built with the statement that he received $1.6 billion from Congress to fund it — though a spending bill from March stipulated that the money, for border security, could not be used for the wall. In August, he added another $1.6 billion to the count, with no evidence. And despite criticizing a spending bill passed in September for not appropriating any money for the wall, Trump told campaign rally audiences in Illinois, Texas and Mississippi in October that his administration had secured a “third $1.6 billion.”

In some cases, true claims morph into false ones in Trump’s telling. In December 2017, he was largely accurate in saying a military spending law would give troops the largest raise in eight years. In March, he then exaggerated that time frame to “over a decade.” And in May, as he addressed Naval Academy graduates at Annapolis, Trump wrongly characterized the wage increase as not just the largest, but the “first in 10 years.”

In the face of controversy or criticism, Trump has defended initial falsehoods with additional dubious claims.

This approach is evident in his shifting statements about the payment that Michael D. Cohen, his former lawyer, made to a pornographic film actress to keep her from speaking about their alleged affair. In April, Trump falsely denied knowing about the payment.

After the FBI raided Cohen’s office, Trump acknowledged on Twitter in May that Cohen received reimbursement for the payment and asserted that it had nothing to do with his presidential campaign. Cohen would later tell prosecutors that he acted at Trump’s direction and to influence the election.

After the release of an audio recording of the two men discussing a hush-money payment to another woman, Trump claimed in an August interview on “Fox & Friends” that he did not know about the payments until “later on” and that Cohen “made the deals.” He then misleadingly compared Cohen’s actions — a willful violation of campaign finance law — to a civil infraction incurred by former President Barack Obama’s 2008 campaign.

By December, Trump’s defense had shifted further: “I never directed Michael Cohen to break the law.”

Misleading Vagueness and Fanciful Details
The president is known for being unscripted and loose with language, but he sometimes shows tactical restraint.

After Justice Brett M. Kavanaugh was confirmed to the Supreme Court and in the days before the midterm elections, Trump told rallygoers in Missouri that “the accuser admitted she never met him, she never saw him, he never touched her, talked to her, he had nothing to do with her, she made up the story, it was false accusations.”

The omission of a name and the use of the words “the accuser” may give the misleading impression that Christine Blasey Ford, who testified to Congress that Kavanaugh had sexually assaulted her when they were teenagers, had recanted her account. But in fact, Trump was referring to another little-known accuser named Judy Munro-Leighton, who recanted her claim of sexual assault.

Trump also regales his audience with elaborate stories. Some — like his tales of unnamed “strong” or “tough” men, miners or steelworkers crying and thanking him — may have occurred but are impossible to verify.

Others, like his frequent attacks on Sen. Richard Blumenthal, D-Conn., contain invented details. Not content with just accurately pointing out that Blumenthal falsely claimed to have served in Vietnam, Trump adds — with no evidence — that Blumenthal said he had “charged up Da Nang,” dodged bullets and saved the lives of fellow soldiers.

Inventing Straw Men
The usual target of this particular strain of falsehoods is the news media, which Trump suggests purposely underestimates or misinterprets him.

Trump often lauds strong job growth under his watch and says that the “fake news” would have deemed such numbers “impossible” or “ridiculous” during the 2016 campaign. Yet he neglects to mention that the number of jobs added in the 22 months after his inauguration — 4.2 million — is lower than the 4.8 million jobs added in the 22 months before he took office, undermining the premise of his retrodiction.

In another example, Trump turned a hypothetical talking point first into a purported reality and then — after headlines debunking his claim appeared — into a joke that he implied reporters had failed to grasp.

At an October rally in Arizona, Trump criticized Democrats for allowing immigrants who are in the country illegally to apply for driver’s licenses. “Next thing you know, they’ll want to buy ‘em a car,” he speculated. “Then they’ll say the car’s not good enough, we want — how about a Rolls-Royce?”

A day later, at a campaign rally in Nevada, Trump presented this theory as reality, telling supporters that Democrats wanted to give cars and licenses to unauthorized immigrants in addition to free health care and education.

After the claim was debunked by news outlets, Trump responded by ridiculing the news media for mentioning the Rolls-Royce, which was not the actual subject of the fact checks.

“They said he gets a Pinocchio for that,” Trump said to laughter at a campaign rally in Mississippi, referring to The Washington Post’s rating system for false claims. “They got me!”