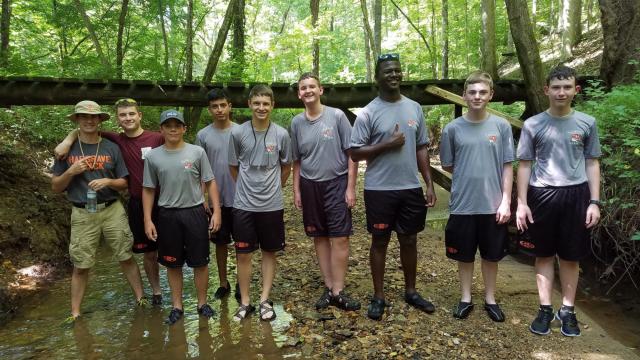 Because there are only about 70 military schools in the country, the public is not familiar enough with them to fully understand their mission and structure. Misconceptions about these schools crop up, and when they are not challenged, they spread.

Military schools are not generally focused on rehabilitation of 'troubled teens'

While military schools are definitely focused on structure and consistency, there are very few in the independent school environment that see themselves as reform schools.

Military private schools are generally aimed at mostly high school and middle school-age students, often boys, and there are tough admissions criteria to ensure that the school is the right setting for both the parents and potential Cadet.

"It's a common misconception that military schools are simply reform schools for kids with behavioral issues," said Alice Hendrickson, director of enrollment management at Hargrave Military Academy in Chatham, Va. "Hargrave is a National School of Character; we teach structure and discipline, good study habits, have a rigorous academic environment, and teach our boys how to be leaders in their lives and in their communities."

Schools called "boot camps" are very different and do have a focus on rehabilitating juvenile delinquents. Since military basic training is often called boot camp, these two types of programs are commonly confused for one another.

In a similar way to the misconceptions around military schools being used to reform badly behaving teens, some assume their academics are mostly remedial. This is far from the case.

Not only are military schools very difficult to get into, but they also require very hard work in a broad range of studies.

"Parents are often surprised to see just how far ahead our students are when compared to many in public schools of a similar age," said Dr. Jim Tung, academic dean at Hargrave. "The structure that infuses every facet of our day here runs just as strong during our academic hours. The students learn to be efficient with their time and often surprise themselves with how much they get done."

Just being away from distractions like cell phones and video games creates space for studying and other approved pursuits.

While much of the day is structured, there are down times when students can relax and socialize.

Sports and more creative classes like art and music are a part of many military schools. These all provide an environment that -- while ordered -- allows areas of freedom and individuality.

Military schools don't pressure graduates to go into the military

Another misconception is that these institutions are nothing more than a big recruiting tool for the armed forces.

Many cadets do go into the military, and this choice is greatly celebrated and encouraged. but just as many do not, and that decision is also respected.

The discipline, respect for authority, integrity and character values that are learned in a military school translate to any other life path. Hargrave, for example, boasts a 100 percent acceptance rate into appropriate college education programs for their graduates.

If college or the military is not what the cadet chooses, the hard work and discipline learned are beneficial in virtually any career path.