Raleigh, N.C. — A Raleigh man has been charged in the May death of a toddler who was in his care.

Carl Delano Thomas, 39, was indicted Monday on a charge of first-degree murder in the death of Brayden "Bubba" Allen. He surrendered to authorities on Tuesday.

The 23-month-old child's death was the focus of a WRAL Investigates story last month.

Case workers initially told Bubba's mother that the boy had suffered an injury falling out of bed, but a medical examiner ruled the death a homicide, not an accident.

The medical examiner's report states that Bubba had a choking incident on May 1 and that Thomas told authorities he hit Bubba on the back, performed chest compressions and shook him trying to dislodge food from his airway.

Bubba was taken to WakeMed and then transferred to the Neonatal Intensive Care Unit at Duke University Hospital, but he died three days later. 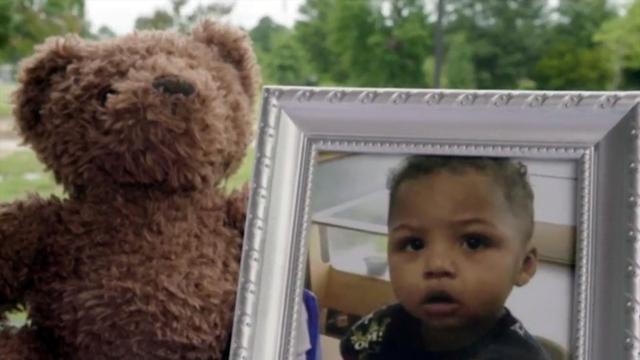 Bubba was in Thomas' care because Wake County Children and Family Services removed the child from Christina Clancy's custody in January for a reported burn mark and because Clancy had missed follow-up appointments with a social services case worker.

Clancy said her son was burned after bumping into something on a table, and she said her limited understanding of English – she's a native of Italy – played a role in the missed appointments.

A judge ruled in April that Clancy could have her son back, but the court order wasn't filed until May 3 – one day before Bubba's death.

North Carolina State University confirmed that Thomas is the director of human resources in the Office of Global Engagement. He’s been employed with N.C. State for 14 years and is still on the payroll.

The west Raleigh home he rented, where he fostered Bubba, is up for sale.

"I want him to suffer and know the pain that he took and the joy and happiness he robbed from my family," Clancy said of Thomas.

She also blames what she considers a broken social services system for her son's death.

"You sentenced my Bubba to that home," she said.

"NCDHHS found that Wake County Health and Human Services followed all applicable policies and used best practices to support this family and did everything in our power to keep the child safe," county officials said in a statement.

The statement goes on to detail background checks, training and inspections that go into foster care.