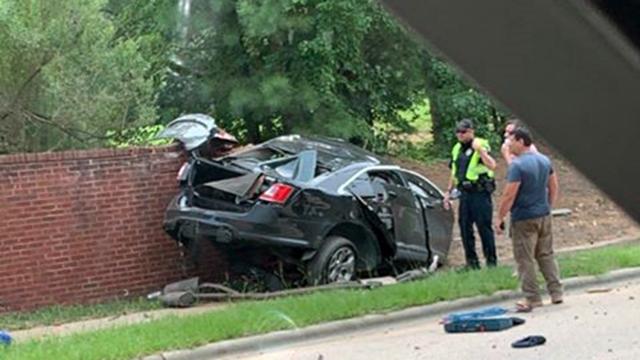 The crash occurred at about 11:50 a.m. between Preston Village Way and Caviston Way. A black Ford Taurus ran off the right side of the road and collided with a utility pole and a brick wall, police said.

The driver was the only person in the car. His name hasn't been released.

Davis Drive was eventually opened after it was closed through the evening commute so crews could replace the damaged utility pole, police said.