We lost a prince Wednesday night.

When you work with someone for seven years, you tend to learn their flaws, their foibles, their failings. Yet I simply can’t think of anything negative to say about John McMillan.

John’s achievements were manifold: He served as counsel to a lieutenant governor, compiled countless improbable legislative victories and at one point was ranked No. 1 among 800-plus registered lobbyists in North Carolina. On a return trip from a meeting in Chapel Hill, in fact, he even came up with the name for Higher Education Works.

He never lost a condemnation case against NC Department of Transportation. Ever. His firm represented a woman in one such case whom John’s physician father delivered on a kitchen table in Moore County. 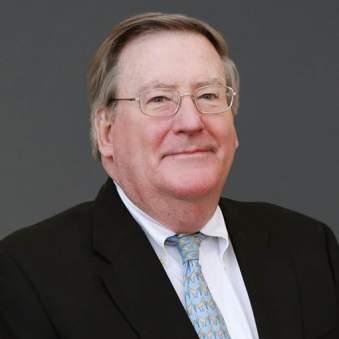 Yet he was better known for his mediation skills – his ability to settle differences.

And once, when a magazine that wanted to honor John asked him to cite his most important cases, he declined to answer the question – he said he didn’t want to give any indication that one client is more important than another.

John easily could have rested on his laurels.

Yet he dedicated himself to institutions that are vital to our state: UNC Chapel Hill, where he headed the Law School Alumni Association; the NC State Bar, where he chaired the commission that disciplined lawyers for 10 years and later served as President; the NC Symphony; and the NC Museum of Natural Sciences, where he was a board member for years.

As an undergraduate representing his fraternity at Chapel Hill, he once watched Louis Armstrong play from 10 feet away in a Durham motel, using a foot-tall stack of handkerchiefs on the piano to mop his brow.

But despite all his remarkable experiences, all his achievements, all his victories (which at one point included somehow repossessing an airplane), my kids thought the coolest thing John McMillan ever did was buy a dinosaur.

Working with an anonymous donor to the Museum of Natural Sciences, he oversaw the purchase of the museum’s Acrocanthosaurus.

How many folks have done that?

John was also master of the one-word answer.

In St. Louis for the 2005 NCAA Final Four, John was at a UNC alumni event that featured dueling pianists when a fellow from across the river wearing a University of Illinois jacket asked him on the street: How could UNC pull off such a well-orchestrated, exhilarating event so far from home?

John paused – but only briefly.

Early on, John shocked folks at the hard-nosed Manning Fulton law firm when he took a two-week vacation to Kenya.

John and Angie visited Kenya at least 16 times – he linked it with the Garden of Eden. He loved the raw wildness of the place – he awoke one morning to an elephant cow eating from the tree over their tent, with her young calf standing between him and her.

He even took a Scout troop – as well as one of WRAL’s first digital cameras – on a Kenyan safari.

And at a conference in San Francisco, he stunned a young associate when they climbed into a cab, John saw the driver’s name on his license, and he began speaking to him in Swahili.

Though John and Angie had no children, John had faith in young people and served as mentor and father figure to many – some lawyers, some not.

He was a Scout leader for years, and he repeatedly took young lawyers like John Hardin and Will Morgan under his wing. He had confidence in me and thrust me into the State Bar’s communications strategy in the midst of the infamous Duke lacrosse case.

And of course there’s his college sweetheart Angie – a wonderful, gentle soul who’s struggled with Parkinson’s Disease for at least a dozen years. As I prepared to depart our last visit, I told John to hang in there in his three-year battle with cancer – but that I guessed he had no choice.

“I need to hang around for her,” he said, nodding toward Angie.

What dedication. What a love story.

What an incredible leader.

And what a prince we’ve lost.