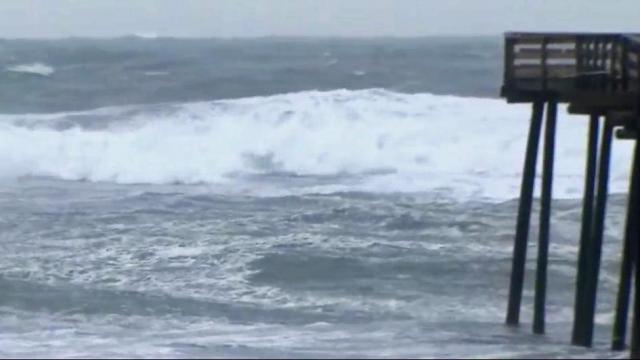 Manteo, N.C. — Dare and Hyde counties have issued mandatory evacuation notices in preparation for Hurricane Dorian. The NC Department of Transportation is also assisting in the evacuation for Ocracoke Island.

Dare County officials met Monday and issued the order. The evacuation there begins Tuesday at noon for tourists and non-residents. Residents are under a mandatory evacuation order starting Wednesday at 6 a.m.

Hyde County issued its mandatory evacuation on Tuesday at 5 a.m. for people on Ocracoke Island. The rest of Hyde County is ordered to evacuate starting at 5 a.m. on Wednesday.

The NC Department of Transportation is assisting with the evacuation on Ocracoke Island. The NCDOT issued this statement about that schedule on Monday:

Only residents, homeowners, or vendors with an Ocracoke re-entry sticker on their vehicles will be allowed on ferries inbound to Ocracoke. Priority boarding will be suspended for all vessels leaving Ocracoke, and tolls have been waived for ferries heading from Ocracoke to Cedar Island or Swan Quarter.

-- The final departure from Ocracoke to Cedar Island will be Sept. 4 at 1 p.m.

-- The final departure from Ocracoke to Hatteras will be Sept. 4 at 2 p.m.

The Ocracoke Express passenger ferry will end service for the 2019 season at the end of the day Monday.

“Dorian has the potential to create serious flooding and storm surge on Ocracoke Island,” said Ferry Division Director Harold Thomas. “We hope everyone will take heed of the evacuation orders and leave as soon as possible.”