Danny DeVito on the Joys of Getting Down and Dirty 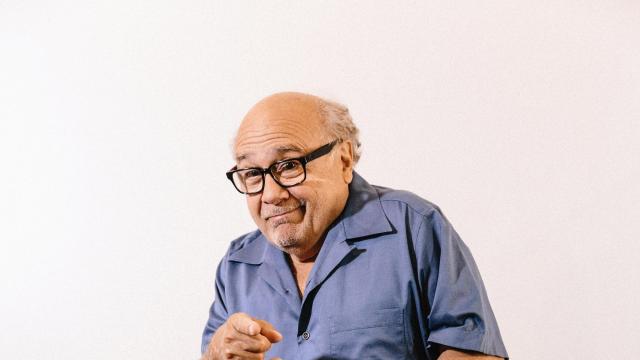 “It’s Always Sunny in Philadelphia” has never been for the faint of heart, the delicate of constitution or the politically correct. And despite the caution wrought by #MeToo and Time’s Up, it’s not about to start showing anything close to restraint.

“We want to dial it up!” Danny DeVito said of the FXX comedy that resumes Wednesday. “We want to make sure it doesn’t get tame or dialed down.” Pause. “There are limits, I guess.” Another pause. “What are they?”

Way back in the Season 2 premiere, DeVito — who has turned playing the gleeful crank, like Louie De Palma on “Taxi,” into an art form — materialized as Frank Reynolds, the legal father of the twin owners of Paddy’s Pub, Dennis (Glenn Howerton) and Dee (Kaitlin Olson), after FX executives decided “It’s Always Sunny” needed a bona fide star to save it from cancellation. The show is entering its 13th season.

These days Frank and the gang are trying make Paddy’s great again and to fill the hole left by Dennis, who bolted for North Dakota at the end of last season. (In real life, Howerton has been immersed in his new show, NBC’s “A.P. Bio” — though the cast has said he’ll be in many episodes.) But there will be a creepily lifelike Dennis sex doll to help fill the void. And not even Frank (or DeVito) wants to go there.

In a phone interview from Los Angeles, DeVito, 73, riffed about the pleasures of “It’s Always Sunny,” his love of New Jersey and lighting installation techniques. Here are edited excerpts from the conversation.

Q: So, what troubles are Frank and the gang getting into this season?

A: Well, first of all we’re all in a good place, you know? And I say that in a tiny bit of a twisted way. We continually dig ourselves into holes, but with the cast of “Sunny,” that’s an ideal place. So we find ourselves not only not learning anything from the past, but somehow, in a very bizarre way, it exacerbates the desire for exploration and craziness. Obviously in our bar there’s not very much respect for the #MeToo movement. We don’t have a great record for being sensitive to everybody’s rights, especially when it comes to men and women. And Frank is a little cruder when it comes to that. It’s been a very, very, very long time since Frank has been with a woman who he didn’t have to pay, let’s put it that way.

Q: And in place of Dennis, there’s Dennis the sex doll.

A: Wasn’t that the weirdest thing? When I saw that doll, holy [expletive], I honest to God did not want to go near that thing. It looked, first of all, very much like him. I accused Glenn of posing for it with his mouth open. It was so scary, it was freaky.

Q: What do you love about Frank?

A: I don’t know what it is about Frank. He’s got the Midas touch, but he misses living in squalor. The one line that got me hooked to do the show was that I had a scene with Charlie Day, and I say I’ve done everything in the world, I’ve made so much money illegally and legally, and “Let me come and live with you, man. I miss living in this Bohemian style.” Maybe in Frank’s eyes it was Bohemian. To other people it might be just way, way, way low-rent.

Q: You’re a proud New Jersey native who’s been pushing to pass a tax incentive for movie productions in the state.

Q: Nov. 17, your birthday, has been proclaimed Danny DeVito Day in New Jersey.

A: The Jersey Shore has always been my anchor, my home. I love it so much. I can’t tell you the gift it was being born in Jersey. I was inducted into the New Jersey Hall of Fame and that was huge. I’m sorry my parents aren’t around to see that. Then this great honor down in Asbury, the governor giving me that, that’s really special for me.

Q: How would you like us to celebrate your big day?

Q: Are you coming home for the occasion?

A: You know actors. You invite them to dinner. They come late. Who knows if they’re going to show up? Don’t get the hopes and dreams up in the actor department. You know how many actors it takes to screw in a light bulb, right?

A: One. He holds onto the light bulb and the world revolves around him.