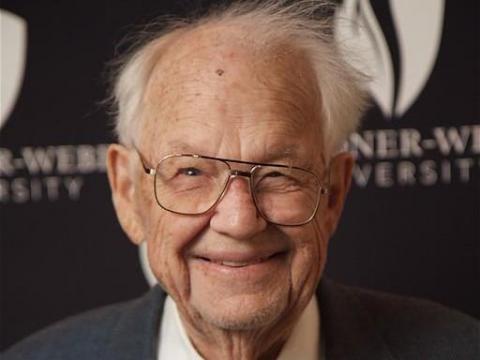 EDITOR'S NOTE: D.G. Martin hosts “North Carolina Bookwatch,” which airs Sunday and Tuesday on UNC-TV. It also airs on the North Carolina Channel. He' a lawyer and has served as vice president for public affairs and chief legislative liaison for the UNC system.

“Go see Rep. Jack Hunt first thing. He is married to one of my cousins. He will take care of you.”

That was my first instruction from UNC President Dick Spangler when he tapped me to represent the university system in dealing with the state’s General Assembly.

That might have been the best advice President Spangler ever gave me. Hunt, who died at 97 on May 27, chaired the powerful House Rules Committee and was a close friend of the legendary Speaker Liston Ramsey and most of the other insider legislators.

Hunt tried to keep me out of trouble and when I messed up, he helped rescue me.

He spent a lifetime helping people. In addition to his state government and Army service, he was for many years a dentist, farmer, and business owner in Cleveland County. He and his wife Ruby had five remarkable daughters, all active in community and public service. One of them, Judy Hunt, served in the state House of Representatives alongside her dad. He was a mentor to one of his dental patients, Walter Dalton, who served as a state senator and lieutenant governor, and is now president of Isothermal Community College.

Perhaps the best thing Hunt did for me was to introduce me to Ruby.

It happened one day when I tried to enlist Hunt in my effort to find good local eateries to write about in this column.

One day I asked him: “Where is the best place to get country cooking around here?”

He paused, squinted, smiled a little bit and finally said: “Well, the truth is there is nothing better, I think, than my wife Ruby’s cooking.”

“We have folks over from time to time. Maybe you’d like to join us sometime.”

Jack and Ruby regularly invited their government friends for informal suppers of country ham, baked chicken, cornbread, biscuits with sourwood honey and molasses, and vegetables from her garden, including corn frozen minutes after it had been picked the previous summer. There were always desserts of homemade cakes and pies. Of course, there was also the opportunity to make friends with governors, supreme court justices, and legislative leaders.

But there is more to it than that. It’s more than just the joy of getting together and making other people happy.

Jack Hunt was one of the “peacemakers” in the legislature. When there was a tough, mean problem that divided people, Jack Hunt often got the call to try to bring them together. Getting around factions, petty jealousies, and partisanship, he tried to find out what it would take to resolve the disagreement.

“What’s keeping us from working this out?” That was the question people counted on Jack Hunt to ask, then listen, and move everyone towards the answer.

He thought the people’s representatives made better decisions when they were not angry at each other. When everything else failed to bring people together, “Ruby’s cooking” worked magic.

Once, when President Spangler and Gov. Jim Hunt were at loggerheads about the governor’s budget proposals for the university, they could hardly speak to each other until Jack invited them to breakfast with Ruby. Neither the governor nor the university president could say no to Ruby and Jack. After they sat down to Ruby’s cooking and warm spirit, they worked out a compromise.

It was hard to be angry with anyone when Ruby Hunt was serving her home cooked meals and the breakfast of ham biscuits with sourwood honey and molasses helped Jack bring his two friends together.

We miss Ruby’s cooking for sure.

Even more, we miss Jack’s gentle, positive, and respecting peacemaking that made all of us better people.