Curse of the Never-Ending Story 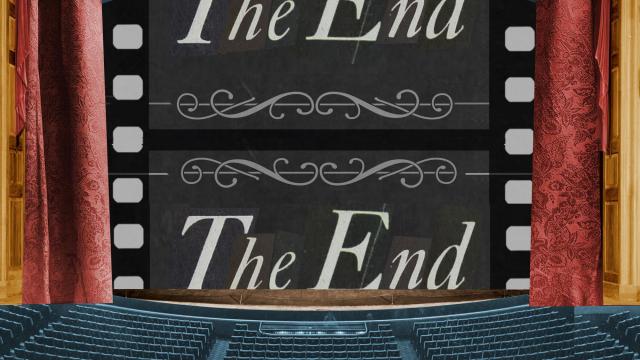 The age of the sequel is over. Now it’s the age of the sequel to the sequel. Also the prequel, the reboot, the reunion, the revival, the remake, the spinoff and the stand-alone franchise-adjacent film. Canceled television shows are reinstated. Killed-off characters are resuscitated. Movies do not begin and end so much as they loiter on-screen. And social media is built for infinite scrolling. Nothing ends anymore, and it’s driving me insane.

No property may rest: Not “Jersey Shore,” not “Twins,” not “Mr. Mom.” The series finales of “Roseanne,” “Murphy Brown” and “Will & Grace” were not finales after all. The speed with which stories are expanding is beginning to outpace our capacity for language. The term “sequel” is insufficient to describe this summer’s conspicuously titled “Avengers: Infinity War,” an extension of 18 previous Marvel Cinematic Universe movies which in turn, fed into the fifth season of a television show, “Agents of S.H.I.E.L.D.” Recently the man who spun the “Despicable Me” Minions off into their own franchise threatened a “reboot” of “Shrek,” but featuring the same characters and the same cast: a ghastly re-enactment of blockbusters past. Meanwhile, on smaller screens, social media has given rise to self-perpetuating content machines.

Didn’t endings used to mean something? They imbued everything that came before them with significance, and then they gave us the space to reflect on it all. More than that: They made us feel alive. The story ended, but we did not. This had been true at least since the novel supplanted the oral tradition. In his essay “The Storyteller,” Walter Benjamin wrote that the novelist “invites the reader to a divinatory realization of the meaning of life by writing ‘Finis.'” He continued, “What draws the reader to the novel is the hope of warming his shivering life with a death he reads about.” We needed stories to end so we could make sense of them. We needed characters to die so we could make sense of ourselves.

Today the tradition of the novel has been supplanted by that of the comic book: Stories extend indefinitely, their plot holes patched through superpower, magic and dreams. Or maybe every story is a soap opera now: Nobody dead is dead forever, not Dan Conner of “Roseanne” and definitely not all of the superhero genocide victims of “Infinity War.” Of course, to Hollywood’s bean counters, sequels are mere brand extensions of intellectual property. But something bigger is happening, too: The logic of the internet is colonizing everything.

Ends have been ending for some time now. Twitter’s unhalting feed was presaged by 24-hour cable news. “Star Wars” debuted with a threat of epic installments. And plenty of television shows — like “Doctor Who” and “General Hospital” — were built to last. But our cultural landscape was not always quite so infinite. Lists of the top-grossing films of the last few decades chart the steady erosion of the end: In the 1980s, six of the top 20 grossing films in the United States were sequels. So far this decade, 17 of the top 20 films are. And on television, producers are pioneering a new frontier of shamelessness, shaking ever more content out of dormant properties.

At the same time, social media is pushing the limits of limitlessness. What Instagram has branded “Stories” is an endless feed of images, one-liners and special effects that carries no pretense of progression. All it does is continue.

The novel’s bounded story was a technological innovation as much as a formal one. Benjamin wrote of it skeptically, charting its rise alongside the spread of the printing press. But even in 1936, a new form was on the horizon: what he called “information.” A novel must end because the physical object of the book will eventually run out of pages. But news wires and radio reports just keep coming, and, as Benjamin put it, “By now almost nothing that happens benefits storytelling; almost everything benefits information.”

Now we might call it something else: “content.” And the boundless architecture of the internet has exploded its dominance. Stories have become data. Netflix can commission a reboot based on how many users are streaming the original; Amazon calculates the worth of its original shows based on how many Prime subscriptions they generate. The rise of streaming has shattered any semblance of media scarcity. Director Steve McQueen recently dismissed the television boom as mere “fodder” — stories created to fill space. And social media properties are less interested in facilitating ideas than they are in keeping users glued to the app, constantly inhaling its inputs. The storytelling imperative has receded in favor of stickiness.

For Hollywood branders, the appeal of endlessness is obvious. And for creators, it can present a tantalizing opportunity: a do-over. A series that was canceled too soon, without the closure of a real ending, can claim one now: “Deadwood” will soon be extended as a TV movie. One that was pushed too far — like “Gilmore Girls,” which aired a disappointing final season without its creator, Amy Sherman-Palladino — can attempt to overwrite the bad feelings with fresh plots.

And what do we get? Something to talk about. A Silicon Valley buzzword — “community” — seems to apply increasingly to our cultural properties, too. While Mark Zuckerberg sells us his morally suspect advertising vehicle under the banner of global connectivity, Hollywood launders its tedious installments and revivals through appeals to fan service. Marketers may love franchises for their ability to break through the clutter — a revival sells itself — but audiences, too, cling to these comforting cultural billboards. The security of recognizable characters and a built-in community that understands the same reference points can supersede the material itself. Criticism gives way to fan theories, with endless possibilities but little significance. Along the way, the freewheeling tradition of fan fiction that proliferated online has now been thoroughly corporatized. This has happened literally (à la “Fifty Shades of Grey,” which began as erotic “Twilight” fan fiction) but also spiritually. Fans used to have space to take control of the culture, to make stories their own, but now creators are snatching the power back. The Author has come back from the dead, too. So even as JK Rowling pitches the “Harry Potter” story forward via Broadway play, and backward through the “Fantastic Beasts” prequels, she also holds court on Twitter, endlessly recalibrating the Potter universe and telling fans which interpretations of her works are acceptable (Dumbledore was gay) and which are not (Jeremy Corbyn “Is. Not. Dumbledore.”) Dedicated storytelling — couldn’t she have just made his sexuality explicit in the books? — is subordinated to woke afterthought.

For their part, television reboots feel less like storytelling opportunities than they do remixes, dutifully mashing up vintage properties with topical scenarios. The image of Murphy Brown in an “Original Nasty Woman” T-shirt or Grace Adler of “Will & Grace” redoing Trump’s Oval Office does not supply the satisfaction of an insight or even the comfort of nostalgia. At best, it provides a twinge of recognition. At worst, it’s the shudder of the uncanny. Like dolls or wax figures, these reanimated properties provide something almost realistic but not quite; their characters feel like impersonations of characters, and watching them feels like dreaming. It works for David Lynch and basically no one else.

On Twitter, this feeling extends to the news. Benajmin’s indictment of “information” is quaint now. The mutually assured feedback loop between Twitter and cable news has suspended us in a kind of informational purgatory. As BuzzFeed news reporter Joe Bernstein put it recently: “One amazing thing about being alive today is the constant electric sensation of bad things coming to a head that never resolves but still maintains its tension over time.” The algorithmic “timeline” — which does not show tweets in chronological order but instead boosts the most attention-sucking posts — has corroded the sense of even the passage of time. Tweets from hours and days before mysteriously resurface to haunt the present. Facebook creates a similar sensation in one’s personal life: Recently I found that every time I logged in, the first post I’d see was a tribute video to an acquaintance’s dead dog, over and over again.

These days, even our cultural fantasies of the end are mutating toward infiniteness. In his work of literary criticism, “The Sense of an Ending,” Frank Kermode wrote about the relationship between literary endings, character deaths and the long-standing human fascination with apocalyptic fantasies. Just as the novel imposes a structure on the human experience, speculation about some impending apocalypse seeks to fit a pattern onto all of history. But now our half-ironic Twitter cries shun end-of-the-world metaphors in favor of ones that suggest that time itself has imploded: “We live in the stupidest timeline.”

At least this story ends.