Cumberland sheriff investigating after man's body found along I-95 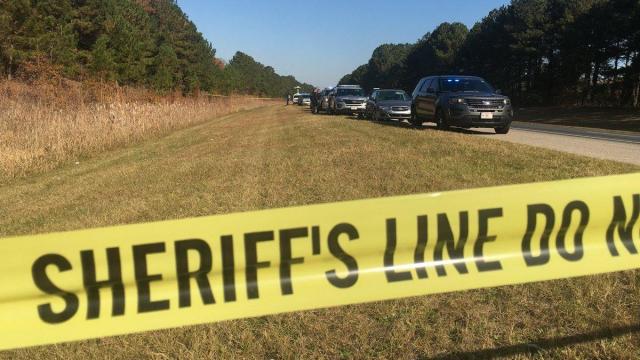 Fayetteville, N.C. — Autopsy results are pending after the body of a man was found Friday along a wooded stretch of Interstate 95 in Cumberland County, authorities said.

Investigators identified the man as Dakota Douglas Bodieford 27, of Lumberton, N.C. Authorities said they were unsure how long the body was in the area or how the man died, but there were no obvious signs of trauma, said sheriff's Lt. Sean Swain, a spokesman for the department.

The body was reported by a motorist who first noticed the corpse on Thursday but didn't call law enforcement authorities because she was not fully convinced that it was a body. The woman called 911 after she saw the body again on Friday along the southbound lanes of I-95 about a half-mile south of mile marker 55. The corpse was in an obscure spot and obstructed by trees in the area.

Authorities said the body was clothed and had a backpack, but the man's race and age were unknown. Investigators said the body does not match a description of any men reported missing to the Cumberland County Sheriff's Office. Investigators weren't able to say if foul play was involved until after they receive the autopsy results.

Motorists in the area were warned to expect delays in the southbound lanes while investigators searched the region for clues.

#breaking Body of a man found in the woods on interstate 95 a half mile south of mile marker 55. Cumberland County Sheriff Deputy’s investigating. @WRAL #wral pic.twitter.com/Ty4fDu5dq9