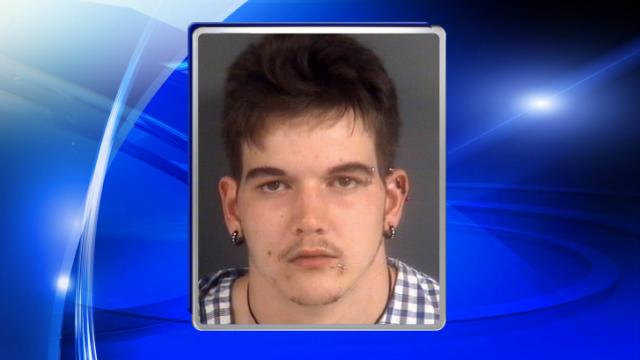 Fayetteville, N.C. — An 18-year-old Cumberland County man has been charged with beating his grandfather during an argument over $5, authorities said Monday.

Michael Allen Jackson, of 6562 Camden Road in Fayetteville, is charged with felony assault on a handicapped person and was being held Monday in the Cumberland County jail under a $100,000 bond.

Jackson became enraged Friday afternoon when his grandfather, 63-year old Glenn Maynor, who also lives in the home, refused to give him the money, according to authorities. Witnesses said Jackson punched Maynor in the chest and face several times, knocking him to the ground and hitting his head on a concrete floor, where he was left bleeding from his left eye, nose and mouth.

Maynor is terminally ill and has other debilitating health issues, authorities said. He was taken to Cape Fear Valley Medical Center, where he was treated for multiple facial fractures and a cerebral contusion.

Jackson left the home with his girlfriend before Cumberland County deputies were called, but they found him later Friday and arrested him.