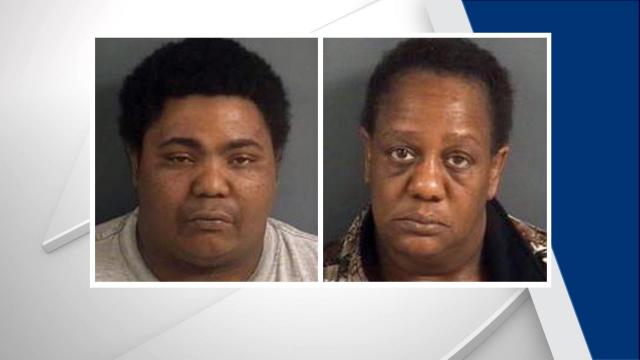 Authorities said warrants for breaking and entering and larceny were taken out against Emmanuel Terrell Robinson in June after authorities said he broke into a home on Colliers Chapel Church Road in Linden and ran from the residence when the homeowner returned.

In October, authorities said Robinson assaulted a woman on Warhorse Street in Fayetteville. The woman was found unconscious following the attack and was taken to Cape Fear Valley Medical Center and later transferred to UNC Medical Center, where she remained in a coma for several months as a result of the attack, deputies said.

Authorities said Robinson and the woman were in a relationship at the time of the assault.

Robinson, who was also wanted on two probation violations, was located at a home at 1037 Rhemish Drive in Fayetteville and arrested by members of the U.S. Marshal Service.

Robinson was being held at the Cumberland County Detention Center without bond Tuesday night.

Terry Barnes Vaughn, 52, was also arrested Tuesday and charged with harboring and aiding a fugitive for her role in helping Robinson evade arrest, authorities said.

Vaughn, who was also wanted on other charges, was being held at the Cumberland County Detention Center under $5,000 secured bond.

Robinson and Vaughn are scheduled to appear in court Wednesday afternoon.