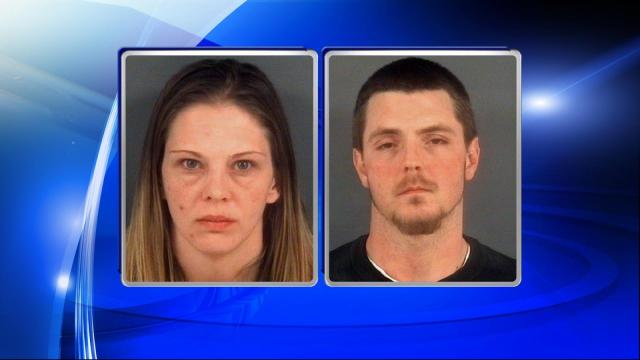 Fayetteville, N.C. — A Fayetteville man and woman were arrested Monday after they were caught by Cumberland County sheriff’s deputies with stolen goods.

Sheriff’s deputies were dispatched to the 4900 block of Charger Court at 11:03 a.m. after a homeowner reported a break-in that was in progress. The caller said two people took a television and other items and put them in a tan minivan before leaving the area.

Deputies then stopped a tan Toyota minivan on N.C. Highway 301 near Snowhill Church Road and took the man and woman into custody.

Christopher Osborne, of 3921 Village Drive, and Cynthia Cafaro, of 2630 Crystal Springs Road, were charged with breaking and entering, larceny, possession of stolen property and conspiracy.

Both were being held Monday night at the Cumberland County Jail under $12,500 secure bond. They are scheduled to appear in court at 2:30 p.m. Tuesday.