Cruise Ships Have Made Bar Harbor Popular. But Have They Ruined It? 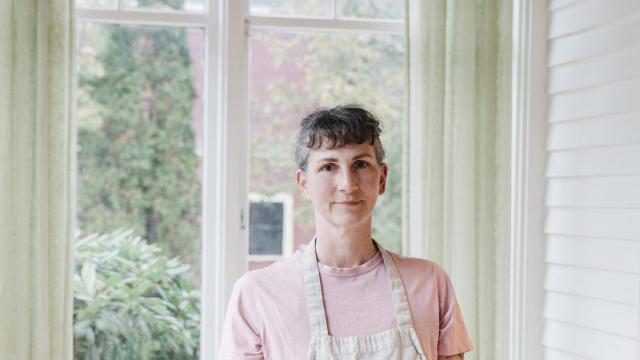 BAR HARBOR, Maine — Residents of this scenic coastal town have struggled for the last several years with a conundrum familiar to anyone living in a beautiful place that attracts tourists: How do you maintain its essence when crowds threaten the very qualities they come to enjoy?

Since the late 1990s, Bar Harbor has been a popular port of call for cruise ships. Much of the attraction is nearby Acadia National Park, where deep evergreen forests meet the craggy, glacier-sculpted coast of the Atlantic and where Cadillac Mountain, the highest point along the Eastern Seaboard, offers spectacular views.

“We don’t want to kill the goose that lays the golden egg,” one town resident said at a packed meeting in November on the issue. “But the goose is already sick.”

Outsiders have been flocking to Mount Desert Island, home to Bar Harbor and the national park, since the mid-1800s, when painters from the Hudson River School discovered its natural beauty. Rockefellers, Astors, Vanderbilts and Carnegies homesteaded here in Gilded Age style, building mammoth 1,000-room hotels and opulent “cottages.”

Much of that fell to ruin in 1947 when a fire roared across the island, consuming scores of mansions and scorching thousands of acres of the park.

The community that has sprouted up since retains vestiges of those exclusive summer colonies, but they coexist with T-shirt shops, tour buses and a large middle class of shopkeepers, retirees and telecommuters who live year-round on the island, about two-thirds of the way up the Maine coast.

The conflict stems from competing visions over Bar Harbor’s future and how much the town should adapt itself to the cruise ship industry, which has magnified Bar Harbor’s standing as a top tourist destination.

“Why should people from somewhere else care about this?” asked Anna Durand, owner of the Acacia House Inn, as the aroma of fresh-made quince paste filled her kitchen. “Because it could happen to you. We are a cautionary tale. When is enough too much?” While cruise ships are enjoying a worldwide expansion, other towns on Mount Desert Island have banned them.

But Bar Harbor has generally welcomed the industry, seeing it as a vital spur to the seasonal economy.

“Before the cruise ships started coming to Bar Harbor, our tourist season ended after Labor Day,” said Kristi Bond, who owns and operates four restaurants downtown. “Now, September and October are two of our busiest months.”

The town, cognizant of the street congestion that the passengers cause, has capped the daily number of visitors who can come ashore — 3,500 in summer, 5,500 in spring and fall.

But Bar Harbor has only 5,200 year-round residents, and on some days, the crowds are overwhelming. They pour in at once to the quaint downtown, where dozens of tour buses await, like a standing army. On occasion, the road to the summit of Cadillac is closed because of congestion.

“This is about some folks being afraid that we’re reaching our saturation point,” said Paul Paradis, who owns a hardware store here and is chairman of the town council. “I am not of that school.”

He noted that the ship passengers — a total of about 185,000 in 2017 — make up less than 6 percent of the town’s 3.3 million annual tourists. And sometimes the road to Cadillac is closed on non-cruise-ship days.

Most tourists come by car. Even though they take up all the parking spots and clog the roads, some residents prefer them over ship passengers because they spend more money. They stay longer, check into hotels and eat at restaurants, while ship passengers leave before dinner and overnight at sea.

Critics of the ships have other complaints, saying the giant floating palaces are wildly out of scale with the town and create noise, air, water and light pollution. (Acadia boasts famously bright stars at night, and Bar Harbor has an ordinance to reduce its sky glow.)

But even detractors recognize that the ships are here to stay. And in June, residents voted for a zoning change that cleared the way for the town to buy an old unused ferry terminal, a mile out of town, to accommodate them.

Among the uses for the terminal proposed by the town’s consultants was a large berthing pier where the cruise ships could dock directly, allowing passengers to walk ashore. Right now, because the piers in town are relatively small, the big ships have to anchor out in the bay and use little boats to ferry passengers to town.

But the berthing-pier idea alarmed many residents and further roiled debate over how much the town should cater to the cruise ships. At an acrimonious public session, and in polling, most residents rejected a giant pier for the ships, preferring instead a marina that could have many different uses. One group went to court to try to invalidate the June vote. The letters column of the Mount Desert Islander, the local paper, bristled with angry screeds.

And then things took a surprising turn.

The town agreed to let a 40-member citizens committee figure out what was in the town’s best interest. The committee took its mission seriously, conducting hours of research on technical issues and holding numerous public meetings. A professional facilitator helped guide the discussions.

In November, as the last of the tourists left Bar Harbor for the winter, the committee agreed that it did not want a big berthing pier.

Rather, it favored converting the ferry terminal into a marina, providing public access for recreational boaters as well as parking, bike rentals and a tram to circulate through town. The cruise ships would still anchor in the bay, but smaller boats could deliver their passengers to the new marina, where they could board tour buses.

The town council then unanimously accepted the committee’s report. Many residents rejoiced, saying that the people, not the cruise ship industry, were controlling the town’s fate.

But confusion erupted later over exactly what transpired.

Paradis, the council chairman, indicated in media interviews that the council had not adopted the report and would not necessarily follow its recommendation for a marina. “All we did was accept their report,” said Paradis, who has long favored a berthing pier. “But we have not decided to build a pier or not build a pier.”

He said the next step would be for the town’s consultants to analyze whether the marina could be financially self-sustaining.

At the town council’s Dec. 19 meeting, residents and other council members said Paradis’ comments were confusing and appeared to suggest, contrary to popular belief, that the plan for the ferry terminal was unresolved. This promised the debate would continue, as residents prepare to vote in June on whether to authorize the town’s purchase of the terminal for $3.5 million.

And as winter settled over Bar Harbor, another threat appeared. The Trump administration has proposed raising the entrance fees to Acadia and certain other national parks to $70 per vehicle from $25, to pay for deferred maintenance. Many here — including some cruise ship lines — worry that this will discourage people from visiting Acadia and possibly Bar Harbor.

“Both the park and the town are facing the same puzzle,” said Durand, the inn owner. “How do you accommodate as many people as you can while still preserving the resource?”