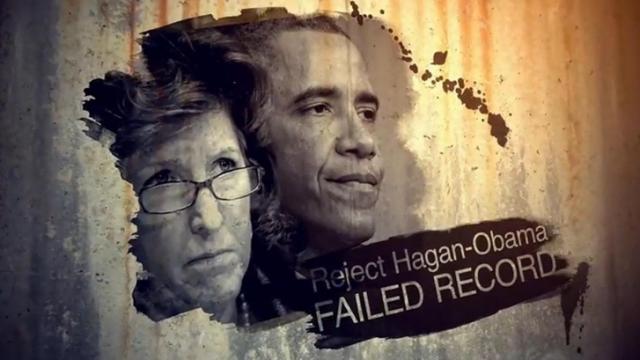 Raleigh, N.C. — Crossroads GPS is launching a $5 million ad buy Tuesday in support of Thom Tillis' U.S. Senate campaign, one of two outside spending groups to announce new ads in the North Carolina race this week.

"Thom Tillis will replace Obamacare with quality health care that works," says the Crossroads GPS ad, which hammers on the topic of health care.

Some political analysts had expected the Affordable Care Act, what some people call "Obamacare," to lose its political punch after outside groups like Crossroads and Americans for Prosperity used the issue repeatedly this spring. Crossroads is using the vote to once again emphasize Hagan's cooperation with President Barack Obama.

"This is the beginning of a multi-week effort in the final stretch to highlight Kay Hagan’s partisan record," said Paul Lindsay, a spokesman for the group. "Her support of the Obama agenda is a central part of that record and are a clear contrast to Thom Tillis’ work on behalf of North Carolina families."

The ad kicks off by criticizing Hagan's vote for the ACA. It then goes on to praise Tillis for his policy positions and work on insurance for children with autism.

Crossroads GPS is one of a pair of nonprofits that operate under the Crossroads brand. It is affiliated with Karl Rove, the former political adviser to President George W. Bush.

Crossroads spent heavily during the primary to help Tillis ward off challenges from other Republicans and is renewing its commitment as numerous polls show Tillis trailing Hagan by 3 or 4 percentage points.

The U.S. Chamber of Commerce was also an early Tillis backer. The national pro-business group on Monday started promoting an ad through social media that features NASCAR legend Richard Petty. In the commercial, Petty calls Tillis, "a leader who will get the job done in the U.S. Senate."