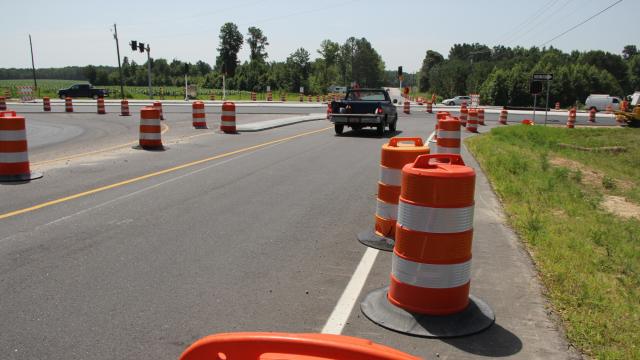 Rolesville, N.C. — Crews opened about 80 percent of the long-awaited Rolesville Bypass Thursday morning after months of delays and problems.

The final section of the project, southbound from N.C. 96 to Creek Pine Drive, is expected to be finsihed within two weeks, weather permitting, North Carolina Department of Transportation officials said.

Despite the snags, the opening was welcomed by many, including driver Russ Piet.

"The best thing is when you have to get to (Interstate) 540," he said. "If you'd ever seen it here in the morning – bumper to bumper. It would take a half-hour just to get through Rolesville. Now, I can go on the bypass to 540 to RTP or the airport. Beautiful!"

The 6-mile bypass of U.S. Highway 401, which runs from Perry Creek to near Jonesville Road, includes a "superstreet" intersection at East Young Street. Motorists will turn right, drive a few hundred feet, then make a U-turn.

Michigan-based DeVere Construction Co. started building the bypass around the town's south side in 2011 with a scheduled completion date of 2014. But they ran into weather delays and technical problems.

Because of the missed deadline, DeVere was barred from bidding on any new transportation projects in the state.