Durham, N.C. — At least one person died and 25 people were injured, including nine firefighters, after a gas explosion shook downtown Durham and destroyed buildings on Wednesday.

Durham police on Wednesday night identified the person killed as Kong Lee, 61, who owned the Kaffeinate coffee shop. The shop was located inside the building that was destroyed by the blast.

During a news conference Thursday morning, authorities said the list of those who were hurt during the massive blast had risen to 25, with nine of those being firefighters.

Authorities have not positively identified all of those hurt but they did identify one of the firefighters as Darren Wheeler, who works for Durham, and a Dominion Energy employee. Six other people were transported in critical condition, officials said.

According to a spokesperson, Wheeler was out of surgery on Wednesday evening and is now "recovering from his injuries." 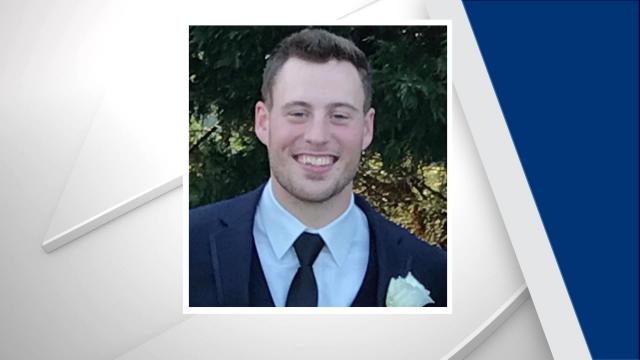 Duke University said Wednesday night that eight Duke employees were among those injured in the explosion.

Officials said everyone who was injured was taken to either Duke Medical Center or Duke Regional Hospital. One person was then transferred to the North Carolina Jaycee Burn Center. Several of those treated at area hospitals had already been released Wednesday night.

Crews were still working to maneuver through debris Thursday morning.

“[It’s an] entire structure that’s down. It looks like the front of the Pentagon on 9/11 on a very, very, very small scale. I know that because I was a first responder to the Pentagon," Durham Fire Chief Robert Zoldos said.

The city of Durham said that firefighters were dispatched to a gas leak at 9:38 a.m. to the 100 block of North Duke Street, where contractors were drilling and struck a 2-inch natural gas line.

Fire crews began evacuating the area, and the explosion occurred at 10:07 a.m.

In a statement, Dominion Energy said that a PSNC Energy employee responded to a call about damage to the line before the explosion occurred. Flames broke out, and the building partially collapsed.

The contractor who struck the gas line was not a Dominion Energy employee and was not doing work on behalf of Dominion Energy, a spokesperson said in a statement.

Louis Panzer, the executive director of NC-811, the service contractors are supposed to call before digging, said the contractor was installing fiber network. He said he is confident all policies and protocols were followed by 811.

"We are 100% confident that we were notified, and we transferred the notifications out to the utilities," he said.

That means 811 would have notified utility companies to mark, with paint, where any gas lines are. While Panzer is confident his organization followed protocol, he cannot vouch for others.

"Most critically, dig with care where those marks are in order to avoid any kind of conflict with any facility," Panzer said.

The city of Raleigh said that its hazmat team and the urban search and rescue team were dispatched to Durham.

According to a spokesperson, as of 6 p.m., the scene was being handled as a search and rescue operation.

The city of Durham said some downtown Durham water customers could get brown or murky water because of all of the water firefighters have used to extinguish flames. 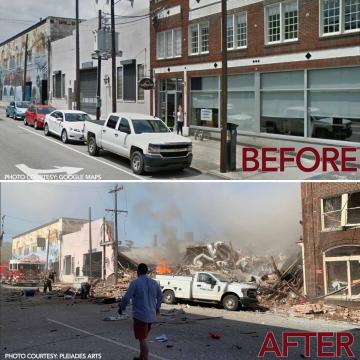 Dominion Energy said Wednesday night that a claims operations center has been set up at Maverick's Smokehouse & Taproom at 900 W. Main Street to assist those who have been displaced from their homes as a result of the explosion. Agents will be on site from 8 a.m. to 11 p.m. Thursday.

Multiple people said that their office buildings shook in the explosion, and windows had been blown out.

Dr. Pascal Mubenga, the superintendent for Durham County Public Schools, said that Durham School of the Arts will remain closed on Thursday while crews inspect the building.

"All our students are sound and safe, and all of them got home…we are really grateful…" said Mubenga.

Phil Grosshans was walking across Duke Street to the Chesterfield building, at 701 W. Main St., and saw a fire truck and police car before hearing a "gigantic blast."

"The shock wave nearly knocked me down," he said. "I still have ringing in my ears.”

“I was totally shocked," he said. "I had no idea at first what had happened.”

He said he could smell smoke from inside the Chesterfield building.

Jim Rogalski said he was in his Duke Street office when he got an email from management, telling him and his co-workers that there was an odor outside and the fire department had been called to investigate.

"Fifteen minutes later, it really was like a bomb going off. It was just the loudest explosion. The whole building shook, all the windows on the Duke Street side were blown out, all the ceiling tiles in the framing just came down," he said.

Rogalski said he looked over and noticed his co-workers were injured.

"People along the windows, they got the brunt of it, so there was lots of screaming," he said.

Rogalski said several of his co-workers who were taken to the hospital have been released.

Keith Maier, who works in the Chesterfield building, said his power went out immediately after the explosion.

"For a while it was kind of panic as people tried to figure out what was going on," he said.

One of his coworkers smelled gas before first responders arrived, he said.

Stan Chambers, who used to work at WRAL News, now works at the American Tobacco campus. He said he heard one explosion, and then his building shook.

Sarah Jacoby Murphy works at a building a block away from the explosion.

“As soon as we stepped outside, we could see the smoke," she said.

Grant Hall, who works for a pest control company and was in the area, said he heard construction was happening near the explosion site.

"I was driving into the city, and I saw bunch of stuff shake," Hall said.

“I saw a big plume of smoke and first responders everywhere," he said.

Donna Hester said she heard what sounded like a bomb go off, and "everyone started screaming and ran outside," she said.

John Carroll was in his apartment when the explosion happened.

"I felt a rumbling; at first I thought it was my dogs roughhousing," he said. Pictures fell off his wall.

Report It: Send us your photos, videos of the explosion

Building was a home to multiple businesses

Colorado-based software innovator Prescient moved its headquarters to the building in 2017.

A spokesperson for Prescient issued a statement Wednesday evening.

"We are grateful to the first responders and are working closely with the local authorities. Our thoughts and prayers are with all who were affected by today’s incident," the statement said.

Prescient has built $1.1 billion worth of apartment buildings, hotels, senior living complexes and student housing in Colorado, Oklahoma, Texas, Florida, New York, Kansas, Illinois and Nebraska. Another $860 million worth of projects are underway. The company was named a 2019 “Best Tech Startup” in Durham by Tech Tribune. 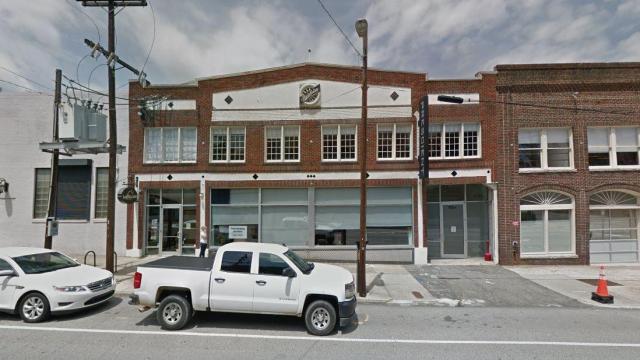 Pete Susca, owner of the It's a Southern Thing restaurant, said he wants to "do whatever we can to support the city."

"We're worried about the people more than anything else," he said.

His restaurant, on West Main Street, wasn't damaged in the explosion.

One of the buildings damaged in the blast was home to the Ingram Collection, which housed multiple classic Porsches.

"On behalf of all of us at the Ingram Collection, we are deeply saddened by the explosion and fire in downtown Durham. We would like to commend and thank the first responders from the Durham Fire and Police Departments, as well as all neighboring departments. They acted swiftly to secure the area and extinguish the fire," a spokesperson said in a statement.

Police have asked drivers to avoid the downtown Durham area until further notice.

The Durham Freeway was smooth Thursday morning for drivers navigating around the Brightleaf Square and central Durham area.