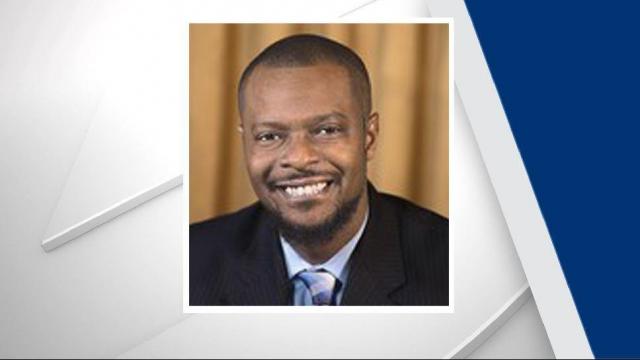 Cary, N.C. — A Craven County school principal who helped boost student performance at two middle schools in his district was named Wells Fargo North Carolina Principal of the Year at a luncheon in Cary Friday.

Under Wallace’s leadership, Craven County’s Havelock Middle School and H.J. MacDonald Middle School both achieved notable academic gains with student populations characterized by concentrations of poverty exceeding the district as a whole, a spokesperson said in a release.

Wallace credited teachers and students for the success at both schools.

“I attribute these successes to my belief in my teachers’ instructional abilities and the students’ motivation to overcome any faulty perception placed upon them by non-believers,” Wallace said in a statement. “The overall driving force was the belief in my students’ ability to overcome and meet the challenge to outperform their affluent counterparts when no one believed they could do it.”

State Superintendent Mark Johnson commended all eight regional finalists for their leadership  and offered his congratulations to Wallace for his selection as the state’s principal of the year.

“These are school leaders who exemplify the kind of leadership that combines a formidable array of skills, knowledge and instincts needed to inspire, guide and support everyone with a role in school,” Johnson said. “We’re lucky to have them as role models for North Carolina’s principals, teachers and students.”

Juan Austin, senior vice president for community relations at Wells Fargo, said Wallace's students' progress is the best indication of his strengths as an educational leader.

"Wallace's leadership, focus and determination have been key to his success as a principal,” he said. “He has a special ability to recruit and retain quality teachers in his school, and student achievement is remarkable. He will make an excellent ambassador for public education in our state."