Raleigh, N.C. — There may never be an answer as to how Lauren Maria Jenkins, 17, died in the spring of 2017, but witnesses, state troopers and the medical examiner have helped to piece together what happened after she crashed her car at the intersection of Raleigh’s Leesville and O'Neal roads and before her body was found two days later.

Jenkins was reported missing after she was involved in a car crash. Witnesses reported seeing her leave the scene of the crash on foot. Nearly 37 hours later and a half mile away, a man found Jenkins, dead, near a creek in a heavily wooded area behind a home on West Lake Court. She was less than a mile from home. 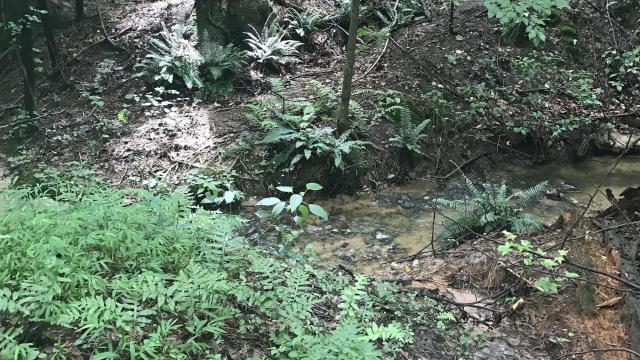 "I had enough time to turn."

Carly Brown was driving north on Leesville Road, toward Interstate 540 to get gas at about 10:45 p.m. on Friday, March 17, when a car attempting a left turn pulled out in front of her. Before she knew it, the two cars collided and her airbag deployed.

In a statement to police, Brown said she got out of her car immediately because it smelled like smoke and walked over to the other car.

"I saw a blonde girl," she said in a statement. "She was bleeding from her nose."

The girl told Brown, "I had enough time to turn."

"Then, I saw a girl with brown hair and barefoot, stumble away on a street perpendicular to the accident," Brown said.

The brunette had a "big head wound" or was bleeding from her forehead, Brown told investigators.

In a voluntary statement to police, a friend who was in Jenkins’ car at the time of the crash, described a night of partying.

The girl said Jenkins picked her up from school before they went to smoke at a local church. The two headed to a party that night with other friends and ended up drinking at a hotel.

The last thing she said she remembered was "waking up behind a neighborhood sign and waving her hands for help."

"Hey, were you in an accident?"

A man who lives on O'Neal Road heard the crash. He drove to the entrance of the neighborhood and saw two damaged cars.

In a statement, he said he saw "a blonde girl," who he assumed to be the driver of one of the cars, standing near the trunk. The man told police the girl was crying, but she did not appear to be injured.

The man watched the girl walk down O'Neal Road into the Springdale Estates neighborhood before she broke into a run. 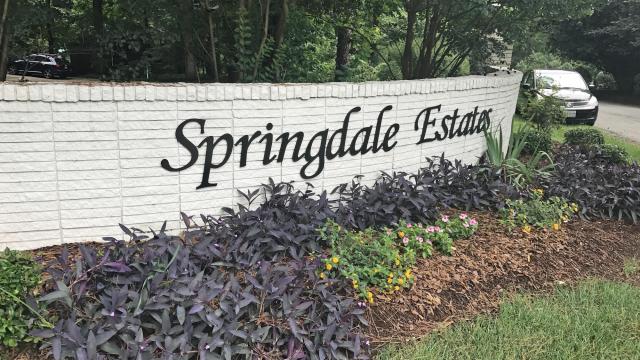 He said when he looked back at the car he saw a boy sitting up and bleeding from the mouth.

The car began filling with smoke when he and another bystander were able to remove the boy from the car. They waited with him until paramedics arrived.

Another neighbor who heard the crash said he quickly got in his car to head toward the scene when he saw a young girl walking quickly down the road, away from the crash.

He said he rolled down his window and asked, "Hey, were you in an accident?" The girl immediately started running.

He said she "appeared hysterical and was crying," but he did not see any visible injuries.

10:55 p.m.: Raleigh communications receives call about a car crash on Leesville Road at O'Neal Road. The call came through as a two-car crash, involving personal injury.

11:02 p.m.: Gray arrives on scene. According to a search warrant, Gray found a bottle of cognac in a search of Jenkins' car, but it's still unclear whether alcohol played a role in the crash.

12:11 a.m.: Gray and Wilson arrive at 8416 Sawyer Road, home of Lauren Jenkins, registered owner of the crashed car. They knock on the door looking for the driver and passenger involved in the crash who were both reported to have left the scene on foot. Jenkins' home is a mere 1 mile from the scene of the crash.

A male passenger from Jenkins car is taken to WakeMed.

12:29 a.m.: Gray and Wilson get no answer at Jenkins’ house and leave. Gray patrols the area to look for the driver and passenger.

12:49 a.m.: Wilson arrives at WakeMed to speak with the boy, who was in the back, right seat of Jenkins’ car, to get information about the driver and other passenger. Due to the extent of his injuries, the boy is unable to talk to investigators.

​2:30 a.m.: Deputy Hastings, with the Wake County Sheriff’s Department, locates a young woman who was riding in the front seat of Jenkins’ car at the time of the crash. She is taken to WakeMed and later released.

6:10 a.m.: Sergeant C.T. Condrey, Trooper M.A. Bethea and Gray arrive back at the crash scene to continue to look for Jenkins.

7:47 a.m.: Condrey requests help from an aviation unit, however, due to the rain and thunderstorms in the area, flying is impossible.

7:59 a.m.: Jenkins is entered as a missing person by the Wake County Sheriffs' Office

3 a.m.: Gray returns to the crash scene to look for Jenkins.

11:30 a.m.: A resident spots Jenkins' body in a heavily wooded area on his property on West Lake Court and calls police.

1:38 p.m.: Maynard and Condrey arrive back at the scene to speak to investigators and neighbors. Photos of the scene and body are taken.

In applying for a warrant to search Jenkins’ car, an agent with the North Carolina Alcohol Law Enforcement agency wrote that he learned from state troopers that her brother, Nicholas (Nick) Scott Jenkins, "had purchased alcohol for them at an ABC store with money provided by the underage persons."

An application for a warrant to search Lauren Jenkins' iPhone shows that investigators found video of her "and several other youthful looking individuals in a hotel room consuming from what appeared to Hennessy Cognac and Cruzan Rum."

"These are difficult cases," Freeman said. "This is not inconsistent with how we handle other cases where a close relative has died, and potential charges do not rise above a level of a misdemeanor."

"At the end of the day, he has lost a great deal and will spend the rest of his life knowing he contributed to her death."

Nick Jenkins died on April 29 from injuries he suffered while attempting to take his own life.​