Man killed while trying to cross I-40 near Benson 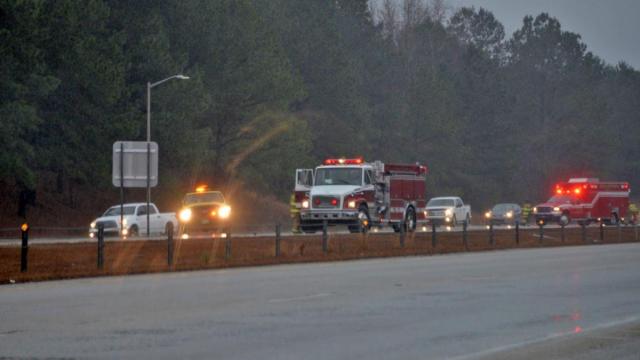 Benson, N.C. — A 79-year-old man was killed Monday morning as he tried to walk across Interstate 40 near Benson to get to his job at a rest area, according to the State Highway Patrol.

Roy Joe Godwin was walking along the westbound shoulder and was trying to get the other side of the highway when he was hit by a 2003 Chevrolet pickup truck.

Godwin died at the scene. The pickup truck driver was not injured, troopers said.

The crash happened shortly before 7 a.m. and temporarily closed all lanes of the highway in both directions. The highway reopened by 8:45 a.m.

Weather was not a contributing factor in the accident, troopers said. No charges will be filed.