Wade, N.C. — A crash on Interstate 95 in Cumberland County around noon on Friday clogged traffic in the northbound lanes near Wade.

The crash happened around Wade-Stedman Road, according to the North Carolina Department of Transportation. Video from the scene showed traffic trickling by in one lane.

Several vehicles, including a tanker truck, were stopped on the highway. It is unclear if all the vehicles were involved in the crash.

NCDOT officials say they expect the road to reopen about 4:30 p.m. 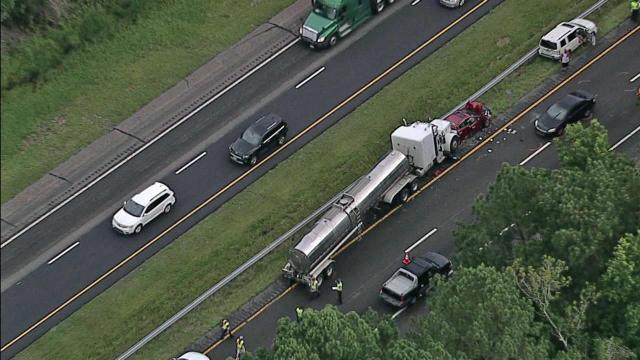