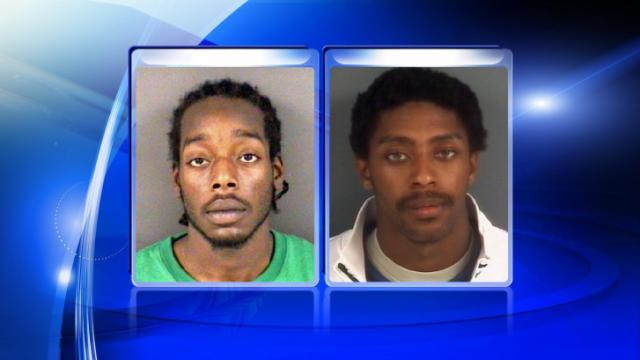 Spring Lake, N.C. — A robbery that began with a Craigslist ad ended Wednesday when a Spring Lake police officer stopped a speeding car and found the suspects inside.

Antwaune Rashaun Campbell, 26, of the 300 block of Blanchard Road in Sanford, and Austin Devaughan Godfrey, 24, of the 1300 block of Verlie Avenue in Spring Lake, were both charged with common law robbery. Godfrey also was charged with carrying a weapon of mass destruction and carrying a concealed weapon.

Spring Lake police said an officer saw a gray Nissan pickup truck speeding on Laketree Boulevard about 10:30 p.m. and pulled over the driver near Odell Road. Moments later, another vehicle pulled up to the officer’s patrol car, and the occupants said they had just been robbed by the men in the truck.

The alleged victims told police they had contacted the suspects through a Craigslist ad to buy a 2002 Honda Civic. They arranged a meeting at Pizza Hut on Bragg Boulevard in Spring Lake, and they showed the suspects $500 cash as a possible down payment for the Civic.

The victims told police that the suspects snatched the money and drove off. The victims followed the truck and caught up to the vehicle as it was pulled over by the officer.

Detectives said they found the cash in the truck, along with a 9mm handgun and a sawed-off shotgun.