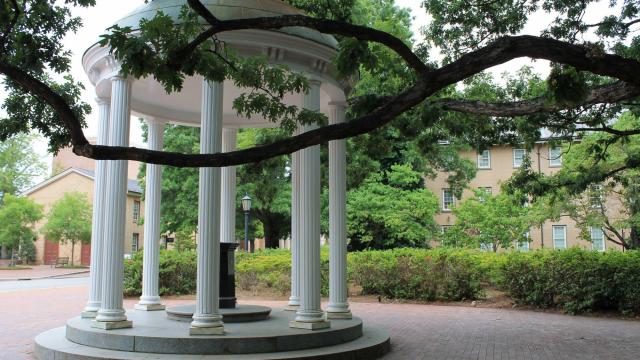 Raleigh, N.C. — The state Court of Appeals ruled Tuesday that the University of North Carolina at Chapel Hill violated its policies by placing a tenured professor on unpaid leave after his 2012 arrest on drug-smuggling charges in Argentina.

The court ordered Superior Court Judge Allen Baddour to determine how much back pay is owed to Paul Frampton, whom the university fired last year for "personal misconduct and neglect of duty."

Frampton, a physics and astronomy professor, was arrested in January 2012 and charged with smuggling 2 kilograms of cocaine in his suitcase. He claimed he was the victim of an online scam involving a model he was supposed to meet, but he was later convicted and sentenced to more than four years in prison.

Although Frampton was missing classes he was supposed to teach, UNC-Chapel Hill put him on personal leave rather that initiate a disciplinary action against him. Officials said they wanted to give him time to sort out his legal troubles rather than damage his career.

Pay to Frampton ran out after 60 days of personal leave, and he filed grievances with the university, saying he was entitled to continue to be paid because of his tenure. Then-Chancellor Holden Thorp, the school's Board of Trustees and Baddour all upheld the university's actions.

A three-judge panel of the Court of Appeals ruled unanimously, however, that university policies state that a faculty member must request personal leave and that UNC-Chapel Hill had several grounds for disciplinary action against Frampton.

"The tenure policies provided recourse for UNC even in Frampton’s unusual situation. The language of the unpaid personal leave does not support its application when it is not requested or consented to by the tenured faculty member," Judge Lucy Inman wrote in the ruling.