Wake County, N.C. — The first day of testimony in the sentencing phase for Donovan Richardson trial ended earlier than expected on Monday after defense lawyers only called one witness to the stand.

Closing statements were expected to begin Tuesday in advance of jurors deliberating whether Richardson will be sentenced to death or spend the rest of his life in prison.

A Wake County jury on Friday found Richardson guilty of murdering Arthur Lee Brown, 78, and David Eugene McKoy, 66, on July 19, 2014 at their home on Howard Road. 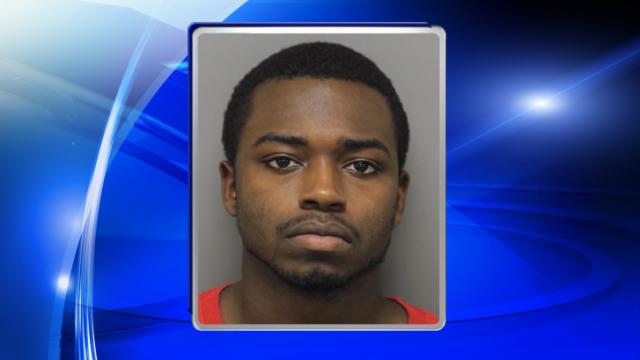 The sentencing phase of the trial will determine whether Richardson will face the death penalty or life in prison.

Richardson is one of three men accused in the crime.

Gregory Crawford pleaded guilty in May 2016 to charges of first-degree murder, robbery with a dangerous weapon and burglary in connection with the slayings. He was sentenced to life in prison without parole.

Kevin Britt was charged with two counts of first-degree murder, robbery with a dangerous weapon and burglary. He has not been sentenced yet, but he did plead guilty to being an accessory to murder. He also testified against Richardson during his trial.

Jurors found Richardson guilty on all counts, which included two charges of first-degree murder, robbery with a dangerous weapon and burglary.

On Monday, witnesses, including family members of the victims, testified for the state about Brown and McKoy, saying the men would have done anything for anyone and that the loss for family and friends is monumental.

"It wasn't easy at all because I was the one who found them," said neighbor Ruby Bullock, recalling the day she found Brown's body. "He's terribly missed, not just in the family but within the community."

"I fell to my knees [when I heard they were dead]," said Rev. James McKoy, David McKoy's nephew. "And I don't know what else happened after that."

Richardson's step-sister testified and told jurors about his difficult upbringing.

Joe Zeszotarski, the defense attorney, said jurors could only impose the death penalty if they thought the punishment fit the crime.

"Only if you are full satisfied or thoroughly convinced that the death penalty is the only appropriate punishment, can you impose it under the law," he said.

Wake County has tried and failed to get the death penalty in eight cases since 2007, causing district attorneys to question its effectiveness, as fewer jurors are willing to give it.

The last person sentenced to death in Wake County was Byron Waring in 2007, who was convicted of first-degree murder for fatally stabbing Lauren Redman on Nov. 8, 2005. The last time a North Carolina convict was put to death was in 2006.

There are currently 143 people on death row in North Carolina -- 140 men and three women.