Durham, N.C. — The fatal shootings of three people in Chapel Hill four years ago was captured in a cellphone video, according to a court document unsealed last week.

Craig Hicks is charged with first-degree murder in the Feb. 10, 2015, deaths of Deah Barakat, his wife, Yusor Abu-Salha, and her sister, Razan Abu-Salha.

Hicks has agreed to plead guilty during a Wednesday arraignment and accept three consecutive life sentences for the crimes, according to the filing.

The filing centers on an attempt by prosecutors to include information from Samuel Sommers, a Tufts University psychologist who specializes in "intergroup bias," in their case against Hicks. 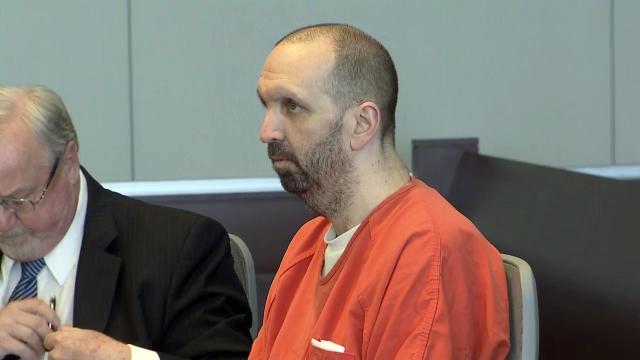 Hicks told police that he shot and killed the three in a dispute over parking spots at the Chapel Hill condominium complex where they all lived. Family members of the victims, who were all Muslim, have said they believe the shootings were a hate crime.

Sommers said in an affidavit that he reviewed cellphone video of the shootings. Although he didn't specify who recorded the incident, he noted that he looked at "reports on the contents of the victims' cell phones" but never mentions anything about Hicks' phone or anything provided by a third-party witness.

The video doesn't support Hicks' claim that any of the victims used obscenities against him, Sommers said.

Hicks might have been trying to justify the shootings by making those statements, Sommers said, or he could have "a mistaken recollection that would be consistent with biased perception and memory."

Sommers said Hicks was well-known in the condo complex for fighting over parking spaces, but he displayed a gun only when confronting minorities. Hicks also assumed Barakat and the Abu-Salah sisters were renting the condo and didn't own it, giving them less right to park there," Sommers said.

"Hicks seemed to make assumptions about the victims that were consistent with the inclusion that he viewed them in outgroup terms, as members of 'them' as opposed to 'us,'" he said.

"[W]hile it is impossible to offer definitive conclusions regarding whether and the degree to which Craig Hicks was influenced by intergroup bias," he concluded, "various details included in the case materials are consistent with the conclusion that there is a reasonable likelihood that Razan Mohammad Abu-Salah, Yusor Mohammad Abu-Salah and Deah Shaddy Barakat were not simply random victims of the violent outburst of a neighbor frustrated over parking, but rather that their ethnic and religious backgrounds played a role in how Hicks perceived them, interacted with them and ultimately shot and killed them."

Defense attorneys objected to Sommers' conclusions being introduced at Hicks' sentencing, noting that Hicks has already agreed to a plea and the maximum sentence – Durham County District Attorney Satana Deberry withdrew plans to seek the death penalty in April – and that his affidavit was filed only two weeks before the arraignment.

"We lost the battle – we lost Deah, Yusor and Razan – but ultimately we won the war," Barakat's brother, Farris Barakat, said Monday. "We were exceptionally clear as to the reasons [for the shooting] and what this was all about. [The video] left no room for doubt as to what their character was."

Dr. Mohammad Abu-Salah, the father of the slain sisters, traveled from Clayton to Washington, D.C., in April to speak to a Congressional committee about their deaths.

"We miss our children so much," he said. "At times, the pain is just as sharp now as when they died, and I ask you, I truly plead to you, not to let another American family go through this because our government would not act to protect all Americans. Please remember them — Deah, Yusor and Razan — they are my children and they are gone."

After their deaths, Abu-Salha said social media was filled with hate.