PHILADELPHIA, PA — A feel-good tale of a homeless man with ties to North Carolina who said he used his last $20 to help a stranded New Jersey woman buy gas was actually a complete lie, manufactured to get strangers to donate more than $400,000 dollars to help the down-and-out good Samaritan, a prosecutor said Thursday.

Burlington County prosecutor Scott Coffina announced criminal charges against the couple who told the story to newspapers and television stations along with the homeless man who conspired with them to tell the story. 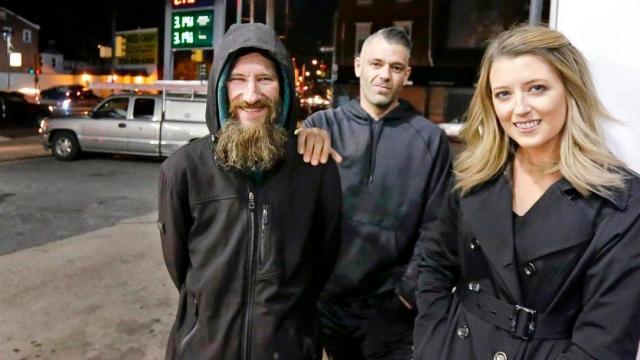 He said the money, donated to the homeless man, Johnny Bobbitt, who is from Henderson, will be refunded to people who saw the story and contributed to him through a GoFundMe page set up by the couple, Mark D'Amico and Katelyn McClure.

"The entire campaign was predicated on a lie," Coffina said. "It was fictitious and illegal and there are consequences."

Bobbitt was arrested Wednesday night by U.S. marshals in Philadelphia and remained in custody Thursday on probation detainers and a $50,000 bond. A message was left with a previous attorney of Bobbitt's.

D'Amico and McClure surrendered to authorities Wednesday night and were released. Their attorney said they have no comment. All were charged with theft by deception.

Investigators searched the Florence, New Jersey, home of D'Amico and McClure in September after questions arose about what happened to the money they raised for Bobbitt. The couple claimed he helped McClure get gas after she became stranded on Interstate 95 in Philadelphia last year.

McClure said that in an attempt to thank Bobbitt for his help, she set up the fundraising page, which brought in more than $400,000 and landed them in the national news.

Coffina said almost no part of the tale was true. McClure didn't run out of gas. Bobbitt didn't spot her in trouble and give her money.

Less than an hour after the couple set up the page to solicit donations, McClure sent a text message to a friend acknowledging the story was "completely made up."

Prosecutors began investigating after Bobbitt claimed he wasn't getting the money that had been raised on his behalf. He later sued the couple.

It's not exactly clear what happened with the money, though Bobbitt's attorney has said it's all gone.

A New Jersey couple and a homeless man who used a GoFundMe page to raise $400,000 dollars now all face criminal charges.

The couple created a GoFundMe page, claiming the homeless, drug addict Bobbitt spent his last $20 to fill up McClure's empty gas tank after her car broke down.

The charity campaign exploded, raising tens of thousands of dollars from unsuspecting donors in a matter of days. 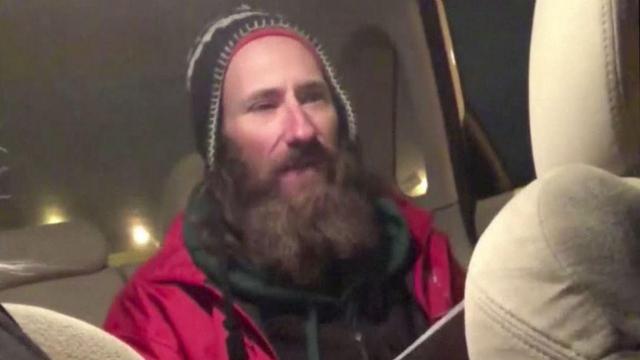 All three face charges of conspiracy and theft by deception for working together to create the alleged ruse.

The couple turned themselves in to authorities on Wednesday, but Bobbitt is still at large.