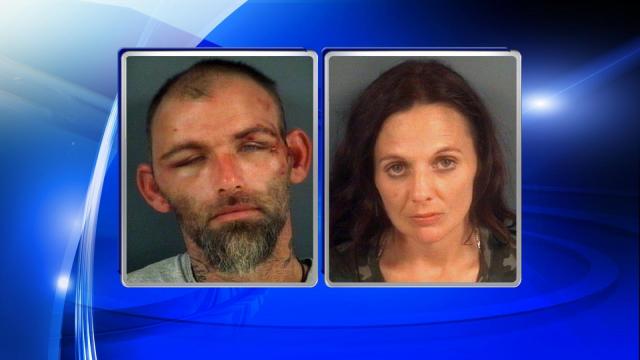 Fayetteville, N.C. — A homeless couple arrested in October in Fayetteville in connection to a seven-county crime spree could now face hundreds of additional charges.

Police said that the couple stole tens of thousands of dollars’ worth of personal property, at least one hand gun and five motor vehicles. Authorities said that they mainly targeted cars with unlocked doors in the parking lots of shopping centers and driveways. Dunn police said that Taylor and Armstrong had used people’s credit cards to stay in hotel rooms and buy food.

As of Dec. 9, Fayetteville police said that Taylor had been served with warrants for 57 charges including larceny of a motor vehicle, breaking and entering, larceny from a motor vehicle, and possession of stolen property.

Fayetteville police said that detectives with other agencies investigating incidents involving Taylor and Armstrong have obtained warrants for an additional 246 charges and more are expected as additional victims are located.

The couple were being held at the Cumberland County Detention Center on secured bonds.