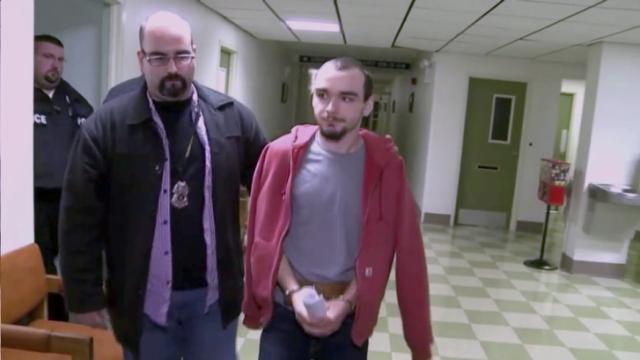 SUNBURY, Pa. — A newlywed couple from Harnett County whose Craigslist ad lured a stranger to his death were sentenced Thursday to life in prison without parole by a judge who said their "permanent removal" from society is appropriate.

Neither Miranda Barbour, 19, nor her 22-year-old husband, Elytte, displayed emotion as they sat with their lawyers in the courtroom while some of the victims' relatives described the grief and pain they have experience since the Nov. 11 murder.

"Even if they each serve 50 years, they still will not feel any guilt or sympathy," said Holly LaFerrara, the victim's sister. "They completely lack empathy. They have no conscience, no remorse and no moral compass.

"They lack the most basic element of humanity," she said. "These are two fundamentally flawed people who are rotten to the core."

Elytte Barbour read a written apology in court but said he could not explain his participating in what he acknowledged was "a senseless crime."

The couple pleaded guilty last month to second-degree murder, which carries a mandatory life sentence, in a plea deal that ruled out the death penalty.

They were married in Harnett County and moved to central Pennsylvania about three weeks before they met up with the victim, Troy LaFerrara, 42, of Port Trevorton, when he responded to an ad offering female companionship.

On the day LaFerrara was killed, Miranda Barbour picked him up a mall in Selinsgrove and drove to Sunbury while Elytte hid on the back seat under a blanket. Once they parked, Elytte Barbour emerged from his hiding place and held a cord tight against LaFerrara's neck while his petite wife stabbed the 6-foot-2, 278-pound man about 20 times. They dumped his body in an alley.

Miranda Barbour initially denied knowing LaFerrara, but changed her story when police obtained records showing that the last call to his cellphone came from hers, authorities said.

Elytte Barbour told police the couple killed LaFerrara because they wanted to kill someone together.

In April, Miranda Barbour gained some notoriety when she claimed in an interview with the Sunbury newspaper, The Daily Item, that she had killed at least 22 other people in Alaska, Texas, North Carolina and California over six years as part of her involvement in a satanic cult.

Police said they couldn't substantiate her claims. But in a Monday telephone interview with The Daily Item from Muncy State Prison, Miranda Barbour stood by them.

In a story published by the newspaper Thursday, she also asserted that her husband was supposed to have killed LaFerrara by strangulation but "he messed it up." She said LaFerrara broke free from the cord and was trying to escape from the moving car when she grabbed the knife and began stabbing him.

In separately sentencing the couple, Northumberland County Judge Charles Saylor said he found it difficult to comprehend their indifference to the value of human life.

"Poor Mr. LaFerrara had no idea what was about to happen simply by a Craigslist posting," the judge said.

"Justice is being served with your permanent removal from our community and society," Saylor said in sentencing Elytte Barbour.

LaFerrara's widow, Colleen, tearfully described her life without her husband, an avid outdoorsman who held a degree in civil engineering from Penn State.

"They showed him no mercy. They left him to die in an alley," she said. "He was a sweet and gentle man who would never have hurt anyone."