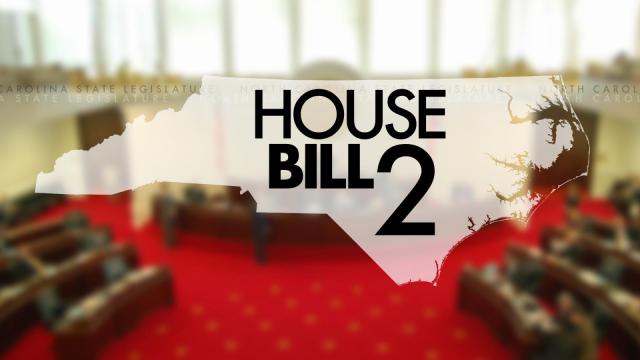 The Council of State on Tuesday unanimously approved the first $200 million of bonds aimed at infrastructure and education projects to be issued and sold beginning in July.

Treasurer Janet Cowell said the department will be including factual acknowledgement to lenders about shifts in the state's economy should the LGBT law remain in place. Last month, the Department of Justice sued North Carolina challenging the constitutionality of the law. Cowell said the disclosure will include up-to-date details on pending lawsuits.

"North Carolina bonds have always been very highly sought after," she said. "We do have disclosures in full acknowledgement that there could be some economic impact."

Since Gov. Pat McCrory signed the law in March, musicians and entertainers have canceled sold-out shows and local tourism boards say they lost millions of dollars because of canceled conventions and business meetings. The law has been denounced by businesses such as American Airlines, Apple and Google, and the NBA and NCAA have said they have concerns about hosting games and tournaments in the state.

North Carolina holds an AAA bond rating - the highest rating possible - from all three major bond-rating agencies. Cowell said she does not foresee any short-term changes to that rating, and long-term changes would depend on economic development and state welfare.

"There could be some individuals that may not buy for political reasons, but we're not anticipating this will be anything but a very successful sale," Cowell said.

The Connect NC Bond was approved by voters in March and is the largest the state has proposed since a 2000 referendum approved $3.1 billion in higher education bonds. The bond covers projects in 76 counties and includes transportation, recreation and safety initiatives.

"It's a very historic day because we're releasing $200 million to begin construction and planning for new engineering buildings at North Carolina A&T and N.C. State, new nursing facilities at UNC-G and Chapel Hill, to help our community colleges," McCrory said. "Eighty percent of the monies are going toward education."