Raleigh, N.C. — While walking down the midway of the N.C. State Fair, with brightly-colored lights, carnival music and the smell of deep-fried foods, it may be difficult to imagine a time when tanks and soldiers took over the state fairgrounds.

How many times have you driven past the original fairground site – or had a picnic lunch at the second location – without even realizing you were actually walking down the midway of Raleigh's original state fair? 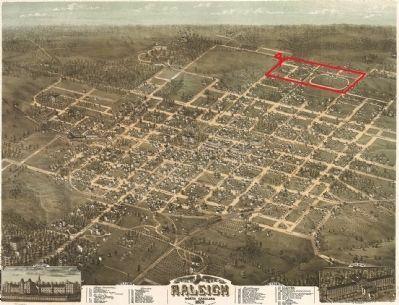 The original location of the NC State Fair, circa 1853

In 1853, the first NC State Fair was hosted by the State Agricultural Society. It lasted four days, and had around 4,000 attendees on its most popular day.

Admission was only 25 cents.

The original location was about a mile east of the State Capitol Building between Hargett and Davie streets. Today, a historic marker stands in the spot. 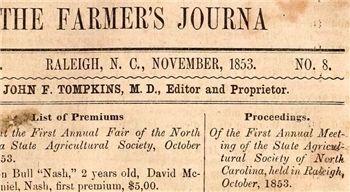 The fair was canceled between the years of 1861 and 1868 due to the Civil War and reconstruction period. According to a sidewalk engraving near the original site, the fairgrounds were used as a military training camp during the Civil War. The engraving reads:

The state fair, with its large racetrack, was two blocks south, between Hargett, Tarboro and Davie streets. It operated from 1853 to 1872, with the exception of Civil War years, when it served as a military training camp. The Fairgrounds Hospital, the first military hospital in North Carolina, was established here in 1861." 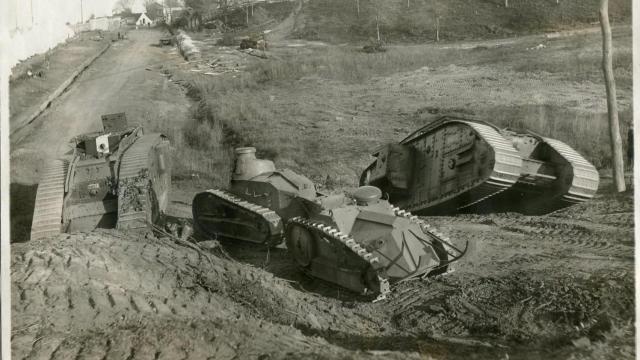 Tanks and roses: The second location, circa 1873

Many people may be surprised to discover that the Raleigh Rose Gardens and Raleigh Little Theater were once the site of the State Fairgrounds. From 1873 to 1925, this land served as the second location of the fair, as stated on the historic marker that oversees the area.

Even today, the ghost of the State Fairgrounds old racetrack can be seen in the oval footprint of the rose garden and theater.

Tanks and WWI camps: The hidden history of the Raleigh Rose Garden

During WWI, Raleigh became a national training ground for soldiers, with Camp Polk setting up an Army Tank School at the second location of our NC State Fairgrounds, which later became the rose garden.

The terrain of the land around the second fairgrounds site was ideal for practicing maneuvers in military tanks.

It was during its time at this second location when the first ham biscuits were served – a tradition which has survived through the modern day. 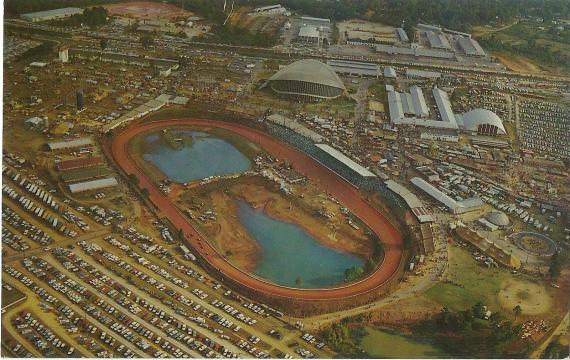 When the air turns cool, many North Carolinians begin getting excited for the NC State Fair. The tradition dates back over 150 years – an annual event that's built into the fabric of North Carolina culture. Many were disappointed to have the fair canceled by the pandemic this year.

However, 2020 is not the first year the fair has been canceled.

As mentioned earlier, the fair was canceled for years, between 1861 and 1868, as a result of the Civil War.

It was canceled again in 1918 due to the Spanish Flu pandemic, as well as WWI.

Other than wars and pandemics, the state fair has been a reliable North Carolina tradition – begun with the intention of strengthening our state's agricultural economy, and helping maintain that strength for over 150 years.

Next year, this year's cancelation due to pandemic will be another mark in the ongoing history of the N.C. State Fair.