Cost of traveling on Triangle Expressway to go up in January 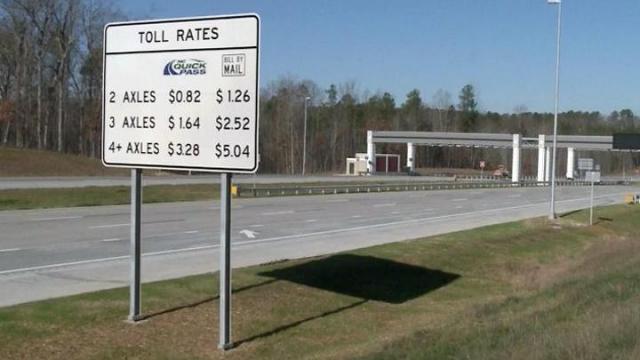 Apex, N.C. — The cost of driving on the state's first toll road will go up in January, the state Department of Transportation said Tuesday.

Drivers accessing the Triangle Expressway, an 18.8-mile stretch of highway that runs from N.C. 147 in Durham to the N.C. 55 Bypass in Holly Springs, will pay $0.13 more for a one-way trip if they are NC Quick Pass customers.

Drivers paying their bills by mail will see an $0.18 increase for a one-way trip.

The increase is part of a schedule of annual toll rate increases based on an agreement made with the NC Turnpike Authority Board to finance the project.

Traffic has grown steadily on the new highway since it opened, and in September, there were more than 2 million toll transactions.

At its busiest section, around the N.C. 147 interchange near RTP, the Triangle Expressway sees about 25,000 vehicles daily.