When the novel coronavirus started spreading across China, researchers at Duke’s Human Vaccine Institute shifted their attention to the possibility of a pandemic.

With the government already working with pharmaceutical companies on vaccine development, DHVI looked ahead and used samples from people infected with COVID-19 to begin work on a vaccine that would combat all future mutations of the virus.

Duke researchers say those vaccines were developed so quickly because of the work they and researchers at other institutions across the nation did on HIV and other viruses over the last couple of decades.

“Our Best Shot” looks at the research and technology developed in the search for an HIV vaccine and how that work advanced the understanding of viruses and vaccine, helping build the foundation for the development of the new COVID-19 vaccines.

It also looks at DHVI’s current effort to develop a universal vaccine for all forms of coronavirus to prevent future pandemics. And it takes an inside look at DHVI’s Regional Biocontainment Laboratory where researchers work with viruses in the effort to develop vaccines and treatments.

“Our Best Shot” is hosted by WRAL News Reporter Gilbert Baez who talks about how his vaccination helped him survive his own battle with COVID-19 and what he learned from the experience.​ 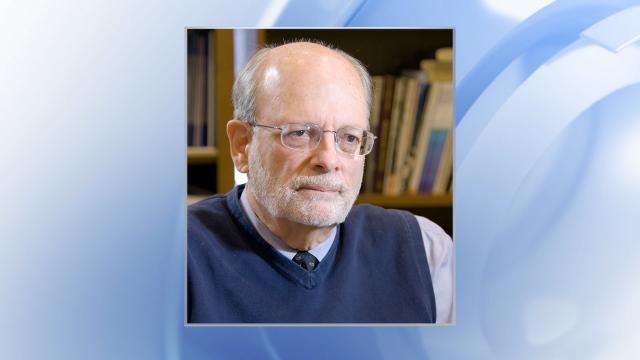 Dr. Barton Haynes is the Frederic M. Hanes Distinguished Professor of Medicine at Duke University. He founded the Duke Human Vaccine Institute in 1990 to support to help develop vaccines and therapeutics for HIV and other emerging infections. He currently serves as the institute’s director. Haynes is internationally recognized for his groundbreaking work in T-cell immunology, retrovirology and HIV vaccine development for nearly 40 years.

Haynes says he’s been interested in science since he was four-years old, doing kitchen experiments with flour, water and food coloring under his mother’s supervision. He came to the Duke University School of Medicine as an intern in 1973 and stayed two years for his residency. Afterward he went to the NIH and worked with Dr. Anthony Fauci studying the human immune system. Haynes counts Dr. Fauci as one of his greatest mentors. While at NIH he decided to dedicate his career to working on very difficult problems of the immune system and using basic science to tackle societal problems. He returned to Duke in 1980 to join the faculty and continued his study of the human immune system with a focus on HIV and AIDS. He counts founding the DHVI as one of his proudest achievements and is excited about upcoming clinical trials for an HIV vaccine. 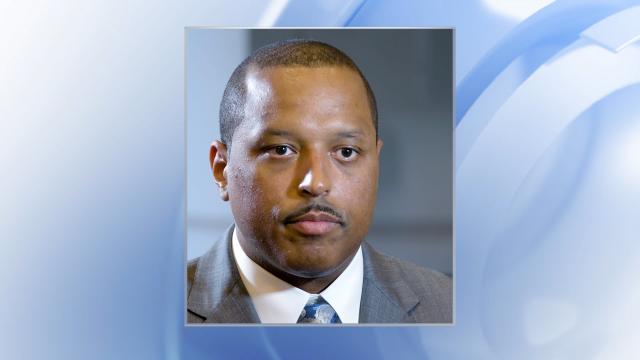 Dr. Kevin Saunders is the Director of Research at the Duke Human Vaccine Institute, an Associate Professor in the departments of Surgery, Immunology and Molecular Genetics and Microbiology. He started at DHVI as a graduate student in 2007 and became a faculty member in February 2014.

Saunders says he became interested in science as a career in high school and as a college undergraduate decided to pursue research as a career. He says he wanted to do work that would benefit the general population which led him to studying viruses and immunology. Saunders says he loves the competitive challenge of working with other researchers to fight the spread of a deadly virus and the rewards of finding solutions. He says his proudest achievement is publishing his work with other researchers on a pan-coronavirus vaccine that could protect people against all types of coronaviruses and their variants. The findings in that paper were discussed in a White house coronavirus briefing led by Dr. Anthony Fauci and went on to be featured on podcasts and covered by news outlets around the world. Saunders cites Dr. Barton Haynes as one of his mentors and like Haynes says he’s excited about upcoming clinical trials for an HIV vaccine. 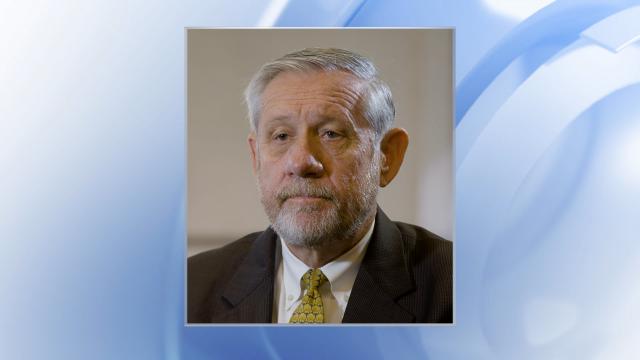 Tom Denny is the Chief Operating Officer of the Duke Human Vaccine Institute and a Professor of Medicine at Duke University Medical Center. As the COO at DHVI, he oversees a $400 million research portfolio and manages finance, programs, regulatory compliance, intellectual property, facilities, biosafety, human resources and information technology.

In his youth Denny says he was first interested in architectural science but as he learned more about biology in high school he became interested in immunology. He earned master’s degrees at the University of Glasgow and University of East London and began his career in the early 1980’s studying how the immune system fights cancer at a cancer center in New York. Denny then moved to the New Jersey Medical School where he worked for 23 years on maternal/infant HIV transmission. Denny served on the US Senate Health, Education, Labor and Pensions Committee working on legislative and policy issues related to AIDS, bioterrorism and vaccines and was a consultant to the CDC’s Emergency Plan for AIDS Relief. In 2005, Mr.enny was named a consulting medical/scientific officer to the WHO Global AIDS Program in Geneva. He joined the Duke Human Vaccine Institute in 2006.

Denny says his proudest achievement is working with others to have a positive impact on public health. He cites former US Surgeon General C. Everett Koop as one of his primary role models. 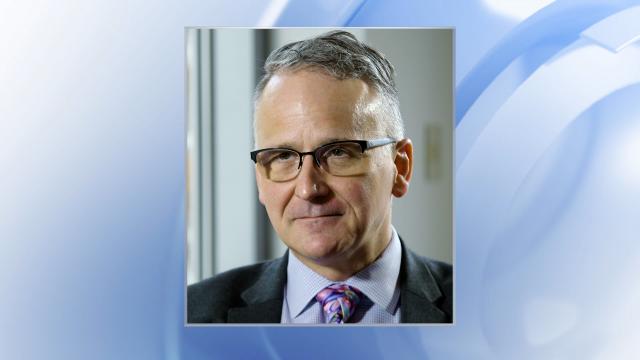 Dr. Tony Moody is an Associate Professor in the Department of Pediatrics, Division of Infectious Diseases and Department of Immunology at Duke University Medical Center. Moody's lab at the Duke Human Vaccine Institute is focused on understanding the immune system’s response to infection, vaccination, and disease. Moody is also the director of the Duke CIVICs Vaccine Center at DHVI and co-director of the Centers for Research of Emerging Infectious Disease Coordinating Center.

Moody says he wanted to be a scientist since childhood. He says he was interested in many types of science but fell in love with medical research while he was an undergraduate at Duke. He went on to the Duke School of Medicine and later returned to join the faculty in 2006.  Dr. Moody says he was fascinated with research that had a positive impact on people which led him to the study of infectious diseases and vaccine development.  He cites Barton Haynes as one of his role models and says he’s excited about the future vaccines being developed at DHVI. 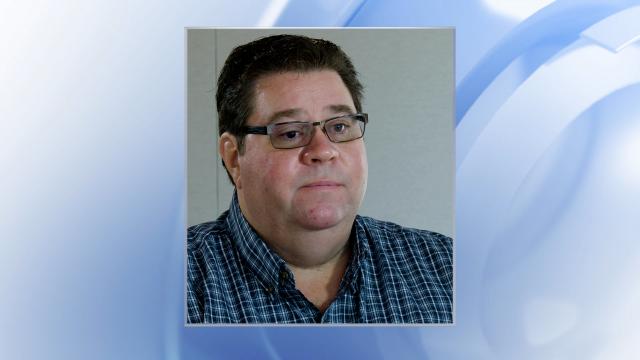 Dr. Greg Sempowski is a professor of Medicine and Pathology at Duke University Medical Center and is the director of the Regional Biocontainment Laboratory at the Duke Human Vaccine Institute. This lab was built with funding from the NIH to support basic research to develop drugs, diagnostics and vaccines for emerging and reemerging infections. Sempowski is highly collaborative and works closely with investigators across the US, Europe, Australia and Japan and is internationally recognized as a thought leader in the science of immunology.

Sempowski says he has been interested in science since childhood. He earned a PhD in immunology from the University of Rochester and joined the Duke University School of Medicine as a faculty member in 2000. In 2017 he became director of the Duke Global Health Research Building where the RBL is located. Sempowski cites Anthony Fauci as one of his primary role models and says he’s excited that DHVI is creating platforms and systems to rapidly respond to future outbreaks. 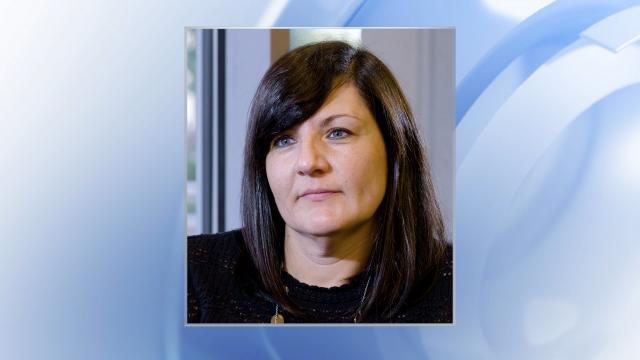 Dr. Maria Blasi is an Associate Professor of Medicine at Duke University Medical Center and a member of the Duke Human Vaccine Institute. Her laboratory studies viral infections in the kidney, including HIV and SARS-COV-2 and works on the development of vaccines and therapeutics against a variety of infectious diseases. Blasi is also the co-director of the DHVI training and mentoring program.

Blasi says she became interested in all kinds of science at her high school in Italy but fell in love with biology. She completed her undergraduate and PhD studies in Italy at the Sapienza University in Rome. Blasi went to DHVI first as a visiting student in 2011, then as a postdoctoral fellow and eventually transitioned to the faculty in 2017. She cites Dean Mary Klotman and Dr. Barton Haynes as mentors and says she’s excited about all the projects she’s working on that are advancing the understanding of viral infectious diseases and how to combat them.