What does the future of affordable travel look like? 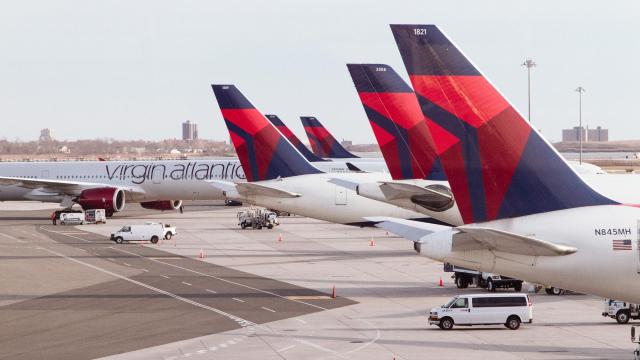 Editor's note: A US State Department health advisory issued on March 31 advises US citizens to avoid all international travel due to Covid-19, and the CDC's latest guidance says "travel increases your chances of getting and spreading Covid-19."

Covid-19 has upended the way we travel. Private jets, trips, tours and the like have been the go-to choice for those who can afford it, but where does that leave cost-conscious leisure travelers who also want to explore the world safely? Are there still affordable options in this ever-changing travel landscape?

The resounding answer, according to multiple experts, is yes.

"Travel has made great strides over the last 30 years to be democratized, and going forward post-pandemic, I would argue that it will become even more affordable," says Tom Lowry, the editor-in-chief of the travel news and research company Skift. "Travel companies are desperate for business and have good deals for group as well as individual trip packages."

John Lovell, the president of Travel Leaders Group, a network that represents 52,000 travel advisors who sell both affordable and luxury trips agrees with Lowry. "Demand for travel is light, and suppliers are offering value. I don't see prices being driven up higher in the next year," he says.

Lovell has also seen a marked rise in travelers asking for private experiences.

Private jet companies including Prive Jets and Blade Urban Air Mobility report a significant jump in business since March when most of the world went into lockdown.

"We have seen a 200 percent increase in business over the last few months for both domestic and international trips," says Prive Jets co-founder and CEO Isaac Grimberg. "We went from getting 25 to 30 calls a day to more than 100." The average charter, he says, costs between $15,000 and $25,000 but can be much more depending on the length of the flight and type of plane.

Head of communications for Blade, Simon Mclaren, says that private jet bookings in the wake of the pandemic have increased from less than 20 per week to over 100.

Tour companies and travel advisors have also seen a spike in requests for private trips.

Then there's the tour company Abercrombie & Kent USA, which ran an equal amount of private and group excursions before the pandemic. Now, according to spokeswoman Pamela Lassers, private getaways have taken over and are up 58 percent with regional driving trips to national parks leading the interest. In general, says Lassers, private itineraries cost 30 percent more than group ones.

Unlike A&K which has resumed group trips (only to Alaska), the active travel company Butterfield & Robinson doesn't have plans to restart its group journeys until 2021. This year, says COO Kathy Stewart, clients are interested mostly in its private getaways where the cost per person can be as much as $3,000 a day.

Group trips and tours, only smaller

If you can't pay for privacy, the good news is that social distancing is a resounding theme in travel today and value-focused group trips and experiences have not disappeared -- they've just gotten smaller.

Intrepid Travel, one of the largest group tour companies globally (it ran 19,100 departures in 2019), has resumed in-country tours in Australia, New Zealand and the United Kingdom and plans to do so in North America later this year. The company's trips run an average of $2,000 a person for seven to ten days and include accommodations, sightseeing and some activities and meals; this price won't change, says chief customer officer Leigh Barnes.

The way trips run, however, will be different and vary country by country in compliance with local health and safety protocols. "Instead of having 16 people on one bus, as an example, we will run a trip with two buses to allow for social distancing," says Barnes.

For those who don't like the idea of riding in a bus with strangers, no matter how far apart, Intrepid has a new Retreats segment where travelers stay in one location for an entire trip instead of moving from place to place in the way the company's itineraries are typically run. A farm in Byron Bay, Australia is an example: here, guests can enjoy activities such as surfing, nature walks, yoga, cooking classes and alfresco meals.

Airbnb Experiences, offered in more 1,000 cities globally and with a starting price of around $20 a person for host-led tours, have also resumed in close to 30 countries including Canada, Ireland, Italy and France.

Airbnb spokeswoman Nyrie McKenzie says that all hosts have been trained in local safety guidelines and are required to wear face masks and limit group sizes.

In addition, local travel company owners say that they are able to preserve attractively priced classic vacation experiences such as market tours and cooking classes. "I can still book group cooking classes and market and bike tours for guests throughout Spain and Portugal with the main difference being that they have fewer participants," says Virginia Irurita, the founder of the Madrid-based travel company Made for Spain and Portugal.

Create your own quarantine travel bubble

While group options with unknown fellow travelers are still a possibility, there's no denying that many people today are wary of strangers, crowds and other potentially risky situations when they leave home.

If they can't afford to go the private route on their own, experts say that forming groups with family members and friends -- quarantine travel bubbles of sorts -- is a smart strategy for enjoying a private trip without the high cost.

"Traveling with the people you're close to offers the chance to enjoy exclusive experiences but keep prices per head down," says Irurita. "In fact, private groups really widen the realm of opportunity as top luxury experiences, like a private visit to a museum or monument while closed to the public, suddenly becomes accessible price-wise."

Quarantine travel groups, she adds, allow her clients to take a private mini-bus around Spain or Portugal at a reasonable price instead of public transportation such as a train. "Even private villas can be a better value than five-star hotels if you get a larger group together," says Irurita.

Paul Melhus, the founder and CEO of the global private tour company Tours by Locals, agrees that the best way to keep travel accessible and prioritize safety is to travel with family and friends.

"Many private tours, no matter the company, are priced per tour, not per person so they're a good value if you share the cost with several people you know," he says. In fact, says Melhus, when comparing pricing of group experiences versus private, travelers may actually save money over a larger group tour if there four or more people traveling together. Increase your group size to six, he says, and it's that much more of a better value. "The size of your 'bubble' doesn't even have to be very large to access a private experience at an affordable price," he says.

Get help from a local expert

If you can't form a quarantine bubble, Nicole Butler, the owner of the London-based travel company NoteWorthy, says that teaming with a local travel company is an ideal way to enjoy an exclusive vacation by yourself or with one other person at a manageable price. "You can have a fabulous trip that falls within your budget by looking to an insider who will tell you where to spend and where to save," she says. "There may be a fee for their service, but you'll save money overall."

When Butler has clients traveling to London, for example, she advises them to book a lavish British afternoon tea at a luxury hotel that doubles as lunch and dinner and has a sense of extravagance. It's also a wise move to skip pricey London taxis and walk -- the city is full of hidden treasures that can only be discovered on foot.

And there's no need for her clients to splurge on a private guide the entire time they're in town, says Butler. "If you hire one for a half day when you arrive, you can get an outline from them of what to do on your own the rest of the time," she says.

Butler's advice for affordable travel today is the same as it was pre-Covid-19. "The state of the world is vastly different now than it was six months ago, but finding ways to keep travel accessible hasn't completely changed," she says.