'Well over a million dollars' in cleaning, other pandemic costs at General Assembly 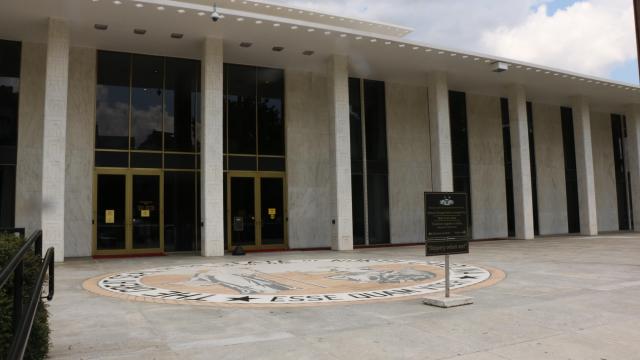 Raleigh, N.C. — Overtime costs, expensive cleaning supplies, contract nurses, remote meetings and other costs at the General Assembly related to the coronavirus pandemic have topped $1 million since March, according to the office that oversees buildings and logistics for the legislature.

The disclosure came Wednesday in a letter responding to Senate Democrats, who had formally complained the day before about "lax working guidelines" at the legislature, which dropped a front-door temperature-check requirement as of Monday.

Legislative Services Officer Paul Coble, a former Raleigh mayor and Wake County commissioner, said in response that the building will reinstitute temperature checks next week, while the House and the Senate are in session. In that response, Coble also ticked off efforts to keep the building safe.

"Our continued efforts have resulted in well over a million dollars in added expenses to our budget, and we remain committed to our efforts," he wrote.

Coble's office said much of that money went to overtime for the building's housekeeping staff and the police force, which has also had a hand in responding to protests over the last few weeks. Some of it went toward leave pay for workers sent home in early April after a cafeteria worker tested positive for the virus.

The General Assembly also brought nurses in on contracts to staff the complex.

Many committees moved to online meetings, which generated costs, and the legislature purchased masks, gloves, sanitizer and other supplies for lawmakers and others who work in the General Assembly building and in a legislative office building nearby.

Coble said his office brought in electrostatic cleaners, which spray a mist of disinfectant.

"While many of the safety measures employed are not obvious to a casual observer, they are very effective," he wrote in his letter.