Raleigh, N.C. — Jewish families around the world are substituting virtual celebrations for the traditional Seder gatherings, which often involve 20 to 30 family members and friends.

"If that makes sense for people to use technology like Zoom during their Seder and have a virtual Seder, which is so against what the seder is about, than so be it," said Rabbi Elana Friedman.

"It's really strange," said Judah Segal of Raleigh who held his Seder on Zoom with 40 other people. 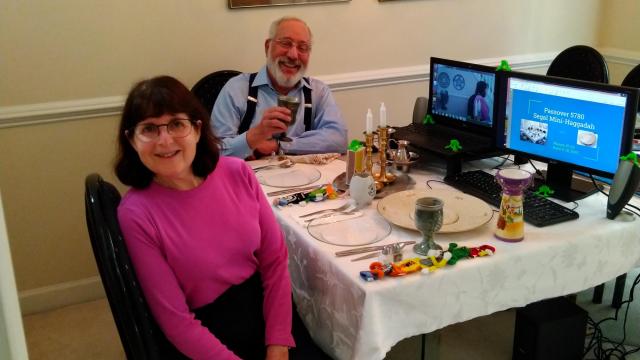 "At the end of the day, life is paramount. Taking care of each other is paramount. It supersedes all of our traditions," he said.

The Segals were originally planning to host 20 people in their home this year for the Seder, which is a Jewish ritual service and ceremonial dinner for the first night or first two nights of Passover.

They quickly realized that wouldn't be possible as social distancing became necessary.

"On one hand it's disappointing, on the other hand it's an opportunity to simply connect with more friends and that's good," he said.

They used the unusual circumstances to try to make the best of the situation and invited 40 friends from all over the world to join.

"Creating the physical barrier of not letting the virus get through, we removed the barrier of time and space," Segal said.