Vaccine Demand Grows in the U.S. and So Do Wait Times 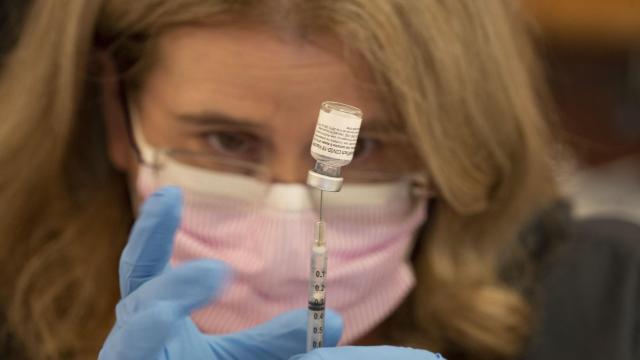 Many vaccination clinics and local officials are reporting long lines and delays in booking vaccination appointments recently, the product of expanded eligibility on booster shots and fears of the omicron variant, experts said.

The stresses on the U.S. vaccination program are worsened by the broader labor shortage that is affecting many sectors, including health care.

“What the public needs to keep in mind is that we’ve got a stressed and strained health care delivery system,” said Mitchel Rothholz, the lead for immunization policy at the American Pharmacists Association.

Vaccine demand has more than doubled since the beginning of October, especially for boosters and first doses, according to data from the Centers for Disease Control and Prevention.

Rothholz said he has noticed that pharmacies are moving more to an appointment-based model with the uptick in demand, similar to when vaccines were first rolled out and there was a crush to get them. This means that people wanting a vaccine may need to plan ahead and could have to wait a few more days.

“We’ve got to go to a system where we can manage expectations,” he said.

The Biden administration is trying to make getting vaccinated easier. In announcing actions Thursday to protect against delta and omicron, President Joe Biden said the government would create hundreds of family vaccination clinics, one-stop shops for first shots to boosters. Partners in a federal pharmacy program, including major chains such as CVS and Rite Aid, will also make “family-based scheduling” available in the months ahead, according to the White House.

Since the emergence of the omicron variant, the Centers for Disease Control and Prevention has recommended that everyone ages 18 and older should get a booster shot, six months after a Pfizer or Moderna series or two months after a Johnson & Johnson shot.

Dr. Leana Wen, a public health professor at George Washington University, said there are some pockets of the country where vaccines are expiring because demand is low and others where lines are longer than a month ago because of greater demand.

But, she said, demand will likely ease in a few weeks.

“Whenever there is a new recommendation, there are the early adopters who are extremely eager to want to get that booster right now,” she said, adding that “supply and demand will equilibrate in short order.”

Some states and counties have hosted mass-vaccination clinics to alleviate the burden on pharmacies and meet demand from residents.

Richard Clark, director of emergency management for Bernalillo County, which includes Albuquerque, New Mexico, said the county had been running vaccination clinics that would attract about 300 or 400 people each time. Clark said he kept hearing comments about people driving from counties an hour away to get their vaccine, because they were worried about the upcoming holidays and virus variants.

Gov. Charlie Baker of Massachusetts said this past week that demand for vaccines skyrocketed after boosters became widely available.

“We are doing over 50,000 shots per day,” Baker said, according to a Boston 25 News story published Tuesday, “and if we can find a way to work with our local colleagues in local government, we will come up with ways to put more shots on the table.” This article originally appeared in The New York Times.