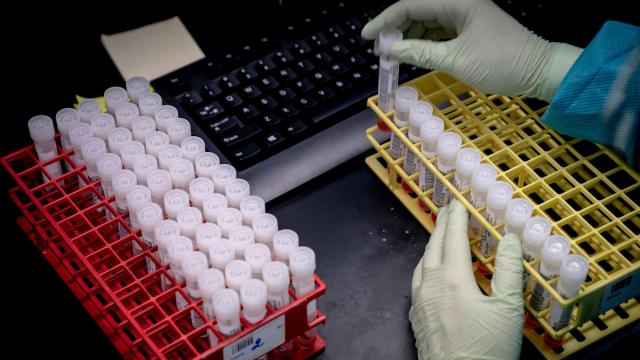 WASHINGTON — The Trump administration has ordered hospitals to bypass the Centers for Disease Control and Prevention and send all coronavirus patient information to a central database in Washington beginning on Wednesday. The move has alarmed health experts who fear the data will be politicized or withheld from the public.

The new instructions were posted in a little-noticed document on the Department of Health and Human Services website. From now on, the department — not the CDC — will collect daily reports about the patients that each hospital is treating, the number of available beds and ventilators, and other information vital to tracking the pandemic.

Officials say the change will streamline data gathering and assist the White House coronavirus task force in allocating scarce supplies like personal protective gear and remdesivir, the first drug shown to be effective against the virus. But the Health and Human Services database that will receive new information is not open to the public, which could affect the work of scores of researchers, modelers and health officials who rely on CDC data to make projections and crucial decisions.

“Historically, CDC has been the place where public health data has been sent, and this raises questions about not just access for researchers but access for reporters, access for the public to try to better understand what is happening with the outbreak," said Jen Kates, the director of global health and HIV policy with the nonpartisan Kaiser Family Foundation.

“How will the data be protected?” she asked. “Will there be transparency, will there be access, and what is the role of the CDC in understanding the data?”

News of the change came as a shock at the CDC, according to two officials who spoke on the condition of anonymity because they were not authorized to discuss the matter. Michael R. Caputo, a Health and Human Services spokesman, called the CDC’s system inadequate and said the two systems would be linked. The CDC would continue to make data public, he said.

“Today, the CDC still has at least a week lag in reporting hospital data,” Caputo said. “America requires it in real time. The new, faster and complete data system is what our nation needs to defeat the coronavirus, and the CDC, an operating division of HHS, will certainly participate in this streamlined all-of-government response. They will simply no longer control it.”

But the instructions to hospitals in the department guidance is explicit and underscored: “As of July 15, 2020, hospitals should no longer report the COVID-19 information in this document to the National Healthcare Safety Network site,” the CDC’s system for gathering data from more than 25,000 medical centers around the country.

Public health experts have long expressed concerns that the Trump administration is politicizing science and undermining its health experts, in particular the CDC; four of the agency’s former directors, spanning both Republican and Democratic administrations, said as much in an opinion piece published Tuesday in The Washington Post. The data collection shift reinforced those fears.

“Centralizing control of all data under the umbrella of an inherently political apparatus is dangerous and breeds distrust,” said Dr. Nicole Lurie, who served as assistant secretary for preparedness and response under former President Barack Obama. “It appears to cut off the ability of agencies like CDC to do its basic job.”

The shift grew out of a tense conference call several weeks ago between hospital executives and Dr. Deborah L. Birx, the White House coronavirus response coordinator. After Birx said hospitals were not adequately reporting their data, she convened a working group of government and hospital officials who devised the new plan, according to Dr. Janis Orlowski, the chief health care officer of the Association of American Medical Colleges, who participated in the group’s meetings. While she said she understood Lurie’s concern, Orlowski said the administration had pledged in “a verbal discussion” to make the data public — or at least give hospitals access to it.

The change exposes the vast gaps in the government’s ability to collect and manage health data — an antiquated system at best, experts say. The CDC has been collecting coronavirus data through its National Healthcare Safety Network, which was expanded at the outset of the pandemic to track hospital capacity and patient information specific to COVID-19.

In its new guidance, Health and Human Services said that going forward, hospitals should report detailed information on a daily basis directly to the new centralized system, which is managed by TeleTracking, a health data firm with headquarters in Pittsburgh. However, if hospitals were already reporting such information to their states, they could continue to do so if they received a written release saying the state would handle reporting.

Sen. Patty Murray of Washington, the top Democrat on the Senate Health Committee, has raised questions about the TeleTracking contract, calling it a “noncompetitive, multimillion-dollar contract” for a “duplicative health data system.” Both the CDC network and the TeleTracking system set up by Health and Human Services rely on so-called push data, meaning hospital employees must manually enter data, rather than the government tapping into an electronic system to obtain the information.

“The whole thing needs to be scrapped and started anew,” said Dr. Dan Hanfling, an expert in medical and disaster preparedness and a vice president at In-Q-Tel, a nonprofit strategic investment firm focused on national security. “It is laughable that this administration can’t find the wherewithal to bring 21st-century technologies in data management to the fight.”

Hanfling and others agree that information does need to be centralized, but they disagree on how that should happen. Hanfling called for a new “national data coordination center” that would be used for “forecasting, identifying, detecting, tracking and reporting on emerging diseases.”

Rep. Donna E. Shalala, D-Fla., who served as health secretary under President Bill Clinton, said the CDC was the proper agency to gather health data. If there were flaws in the CDC’s systems, she said, they should be fixed.

“Only the CDC has the expertise to collect data,” Shalala said. “I think any move to take responsibility away from the people who have the expertise is politicizing.”

Hospitals say the previous reporting requirements were cumbersome, partly because they frequently changed.

“It has been an administrative hassle and confusing to constantly be shifting gears on reporting while hospitals are on the front lines during a pandemic,” Carrie Williams, a spokeswoman for the Texas Hospital Association, wrote in an email.

At Rush University Medical Center in Chicago as the pandemic raged, the hospital had four full-time employees reporting coronavirus data to four different agencies, said Dr. Bala N. Hota, the hospital’s chief analytics officer. Rush collected more than 100 different measures, some of which determined how much money it would receive under different federal programs.

But while Hota said he supported streamlining the process and the involvement of state and local agencies in reporting, he was also concerned that months into the pandemic, the United States still did not have an established system of collecting the kind of information it needed to seamlessly move patients from a full hospital to one with available beds.

“The CDC is the right agency to be at the forefront of collecting the data,” Hota said. The CDC has been criticized for its data collection, however. In May, the agency acknowledged that in tracking the spread of the virus, it had been combining tests that detect active infection with those that detect recovery from COVID-19. That system muddied the picture of the pandemic but raised the percentage of Americans tested as President Donald Trump was boasting about the number of tests the United States was conducting.

Similar complaints about coronavirus data have bubbled up around the country.

In Florida, a former data manager for the state Health Department accused one of her superiors of directing her to “manipulate” data used in the state’s plan to lift stay-at-home orders this spring. Shalala said the mayor of Miami-Dade County “was so concerned about the state data that he has the hospitals reporting their data directly to him as well.”

And Arizona ended its partnership with a university modeling team whose projections showed a rising caseload, prompting pushback from Will Humble, the executive director of the Arizona Public Health Association and a former director of the state’s Health Services Department.

“Trust and accountability and transparency — all three go together,” Humble said. Of the federal government’s new system, he said: “They’d better keep it transparent, or else people are going to think that it was an ulterior motive.”