TOM EARNHARDT: Wishing all a 'sleuth,' a 'scurry,' and a 'raft' this Thanksgiving 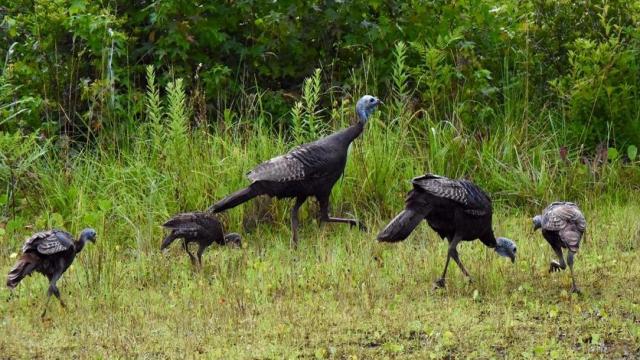 Just recently I reported via email to Eleanor Spicer Rice, a wonderful biologist and writer, that a mutual friend of ours had recently seen nine black bears along an eastern North Carolina road. Eleanor responded that over several trips to the same area she had not seen a single bear, much less a “sleuth of bears.”

I immediately broke into a smile because a “sleuth,” an assemblage of bears, is just one of the many wonderful collective nouns in the English language used to describe a gathering or group of animals.

To distract from the tedium of long trips, my wife and I often played a variety of games in the car with our children. We counted cows (aka “Cow Poker”) and played “Animal, Vegetable, Mineral.” Another favorite game was coming up with terms to describe an assemblage of animals, as in a pride of lions, a flock of chickens, or a herd of cattle.

Some of the words described groups of wild creatures found across North Carolina. Last week, just thinking about those funny, quirky nouns — a gaggle of geese, den of snakes, swarm of bees, rafter of turkeys, scurry of squirrels, and yes, a sleuth of bears — helped reduce some of the worries and tensions of 2020.

If you are a natural worrier, then you have a lot on your plate right now. All of us should be concerned about the effect of surging numbers of coronavirus cases on our healthcare community, businesses, and families. Many of us are troubled by the absence of a smooth transition from one presidential administration to another. And after a seemingly endless 2020 hurricane season, more devastating fires in the American West, and escalating “fair-weather flooding” on the North Carolina coast (and in other coastal states), scientists and forward thinking leaders are increasingly worried that we are doing far too little to address global warming.

When confronted with these problems, my coping mechanisms require me to live in world in which hope and optimism are kept alive while we work for solutions and expand educational opportunities.

We can no longer afford to “bet the planet” in games of climate brinksmanship or entrust our democratic processes to those who do not appreciate them. I remain convinced that within the framework of the “great American experiment” we still have the tools necessary to solve the dilemmas of our time.

My optimism for the future of North Carolina and the nation is constantly nourished by myriad examples of adaptation and survival emanating from the natural world. As you may have gathered from my earlier mention of a children’s word game, relating to collective nouns for a group of animals, just the thought of large numbers of wild creatures brings me incalculable joy.

Each year, and especially around Thanksgiving, I am buoyed by the abundance around us in nature. As trees shed most of their leaves, and clear winter air arrives, there is much to see and celebrate in Tar Heel skies, forests, and waters.

It’s a time to rejoice in the deliciousness of descriptive “group terms” found in the English language. Many of the collective nouns referring to birds, mammals, fish and insects have evolved over hundreds of years. Often, there are multiple terms, and even regional collective words, to describe an assemblage of the same creatures.

For example, a group of butterflies can be called a kaleidoscope or a flutter. Just a few of the nouns used to describe multiple ducks include flock, raft, and paddle. An assemblage of fish — tuna, drum, mackerel, sea trout, shad, etc. — is called a school or shoal. In the very same waters you might also find a pod of dolphin, a bloom of jellyfish, and you guessed it, a herd of seahorses.

There is a collective noun for almost every gathering of wild thing you can think of. Only recently I learned that a group of turtles is called a bale. It’s no joke that a batch of lizards is known as a lounge. And for pure elegance no collective noun is more perfect than the one used to describe an undulating flock of blackbirds.

These great flocks — known as a murmuration — swooping and diving in Tar Heel winter skies are made-up of thousands of red-winged blackbirds, starlings, and brown-headed cowbirds. What an exquisite word!

Among the many collective nouns used to describe wild things that stand out are the ones that capture the dignity and formality of government or academia. On the Roanoke River, just before it flows into the Albemarle Sound, you can often hear a parliament of owls at sunset. I didn’t know 60 years ago that the large numbers of salamanders found in every small creek in Hickory Nut Gorge comprised a congress. And in December several years ago I counted nine bald eagles in the same tree at Jordan Lake — a convocation of eagles!

Some of the most descriptive collective nouns are founded in fear and superstition. Large, black birds clearly stoked the fears of early wordsmiths. Why else would we still be referring to a murder of crows, an unkindness of ravens, and a wake of vultures?

Some collective nouns in nature appear to have arisen from theater or comedy. I always laugh when I hear about a ballet of swans, scold of jays, dance of cranes, flamboyance of flamingos, cotillion of terns, or a chorus of frogs. These words should remind us of the richness in the natural world around us and of the English language.

There is surely a lesson in the fact that animals — insects, amphibians, reptiles, fish, birds, and mammals — hang together. They gather, travel, and socialize for different reasons, but being together is clearly beneficial. The power in unity is why, in 1782, Congress adopted the phrase “e pluribus unum” as the motto to be affixed to the Seal of the United States: out of many, one. Togetherness works!

Let’s protect each other this Thanksgiving — even if it requires setting aside large gatherings and other family traditions — to get the COVID-19 pandemic under control. And then, very soon, we will be able to join together with friends and family, or if you prefer, our scurry, parliament, ballet, or raft.

In the meantime, I’ll be looking for a murmuration of blackbirds, a sleuth of bears, and a dance of cranes. Happy Thanksgiving. 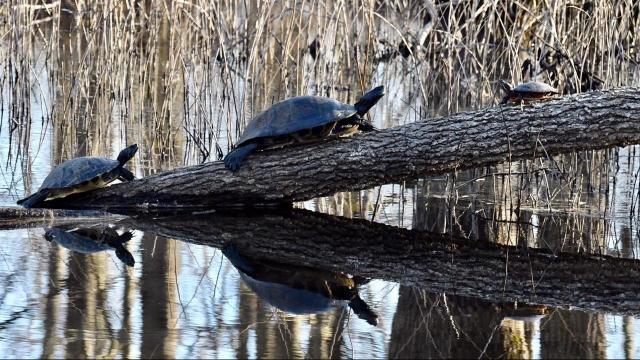 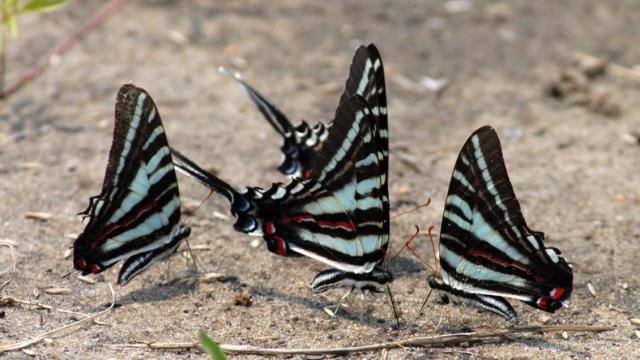 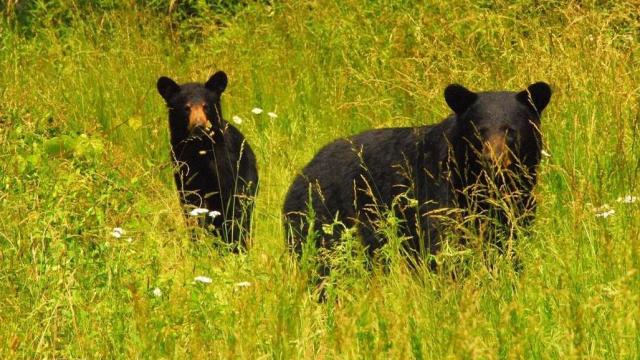 There’s no better place than North Carolina to see a gathering of animals. Here you can see a bale of turtles (Photo 1), a kaleidoscope of butterflies (Photo 2), or a sleuth of bears (Photo 3) in the same day. 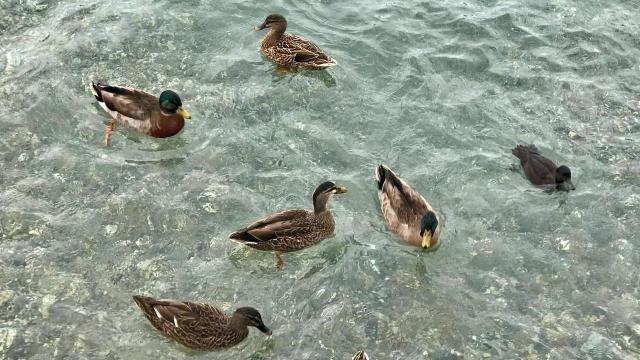 You won’t have any problem telling the difference between a rafter of turkeys (Photo 4) and a raft of ducks (Photo 5). 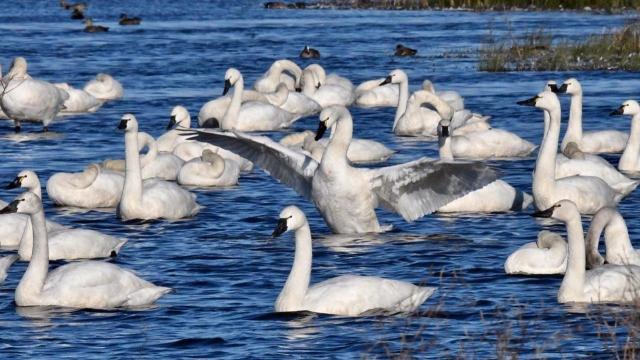 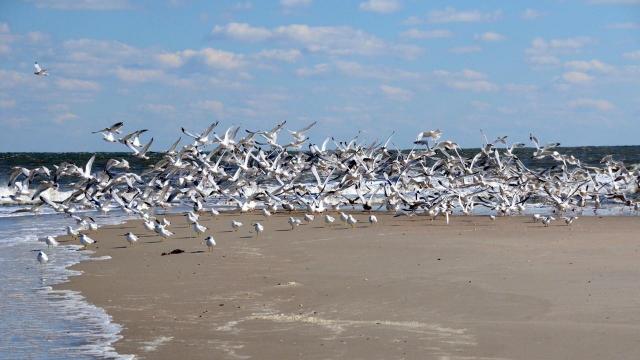 On the North Carolina coast you can see major dance productions—a ballet of swans (Photo 6) or a cotillion of terns (Photo 7). 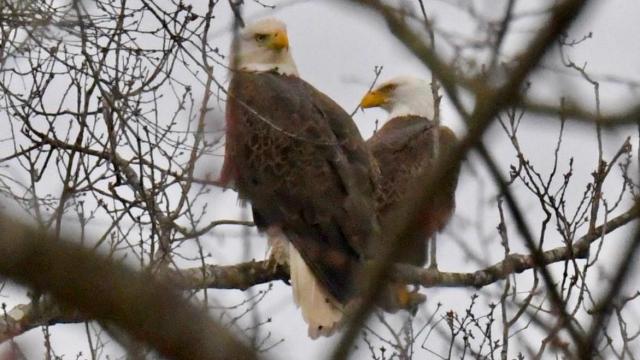 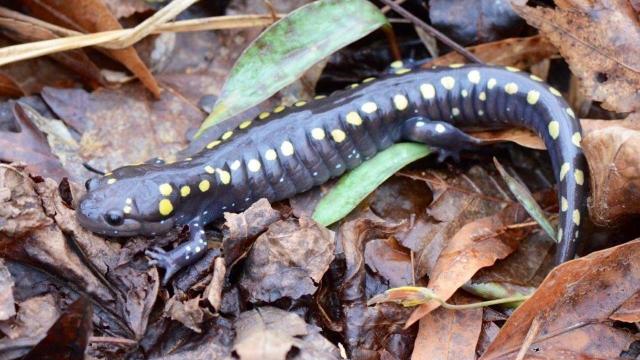 You can also see dignified meetings taking place in the wild, including a convocation of eagles (Photo 8) and a congress of salamanders (Photo 9). 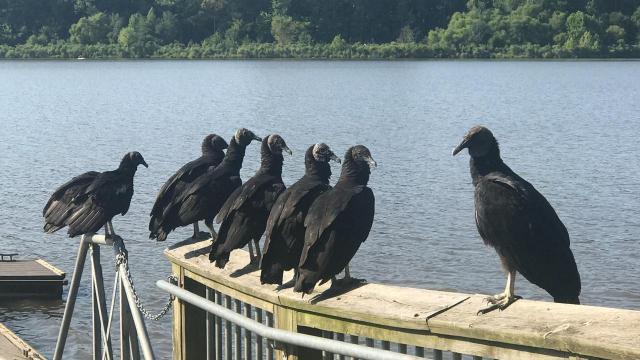 There is nothing sad about a wake of vultures. One morning I was greeted by this welcoming committee of black vultures at a Wake County boat ramp (Photo 10). 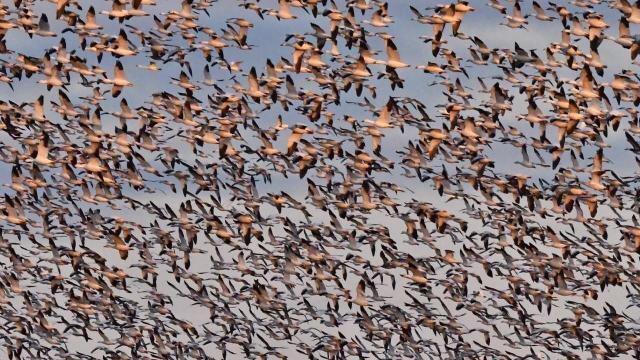 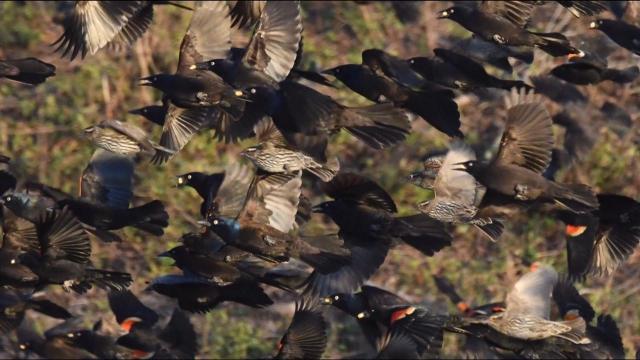 For sheer exhilaration it’s hard to choose between a gaggle of geese in the sky (Photo 11) and a murmuration of blackbirds swooping over winter fields (Photo 12). Happy Thanksgiving!