TOM EARNHARDT: We borrow this planet from our kids, we mustn't screw it up 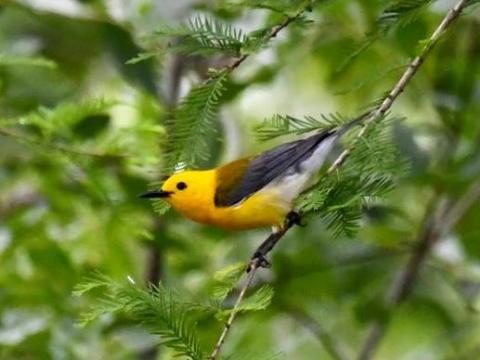 The last 12 months will not be remembered fondly. If my father, a traveling textile salesman in the 1950s and 1960s, were still with us, he would surely equate 2020 with a defective automobile—a real lemon.

As with a badly flawed vehicle, trouble for America came in clusters.

First, our economic engine sputtered last year with record numbers out of work because of a devastating pandemic. As we argued about the reality of climate change, America’s radiator over-heated. The year 2020 became the hottest year on record and set new benchmarks for forest fires and hurricanes.

For many of us, the country’s GPS also failed, causing us to lose our sense of direction in science and education. And just when we thought nothing else could go wrong, millions of passengers in that 2020 jalopy were frightened when the steering failed causing it to careen into guard rails on the far-right side of the road. A few weeks ago, on January 6, that lemon ended up in the ditch.

Repair is going to take a while, since we still can’t agree on what needs to be done. But I’m optimistic for two reasons.

On January 20, America hired a new mechanic named Joe. This past week I also got my first dose of COVID vaccine.

While sitting in the waiting area of a vaccination center with others in my age bracket (75+) listening for my number to be called, I thought about how COVID-19 has affected each of us.

For the past year we have “done our parts” in different ways. Many North Carolinians worked tirelessly providing health care services under the most difficult conditions. Others never missed a beat while performing critical jobs — in transportation, food production, sanitation, public safety, etc. — that we now rightly celebrate as “essential services.”

I was one of many who worked from home to avoid travel and contact with others. Students and teachers from elementary school through graduate school continued to work and adapt under trying circumstances.

Even with heroic efforts, however, too many Tar Heels have suffered as COVID took a grim toll on families and communities. Jobs were eliminated and businesses closed.

There will be a lot of second-guessing about what we could’ve/should’ve done differently in 2020. One thing is clear:

The vast majority of our neighbors from farms, small towns, and cities did their jobs with dignity and heroism.

History will also record that a large number of individuals in leadership positions at the state and national level never came to grips with the pandemic and the needs of the American people. As this latter group wallowed in conspiracy theories and ignored science, they allowed anger, misinformation, and even hate to spread like mold in a damp basement.

While getting my first dose of COVID vaccine last week alongside dozens of strangers, I experienced unity, optimism and shared goals that I had not enjoyed for a very long time. We all wore masks as we waited, and it was clear that we came from many different backgrounds, religions and ethnic origins.

In that group of older North Carolinians there was a unifying theme: Because of a vaccine and the work of thousands of unseen hands, we will soon be able to hug our sons and daughters, see our grandchildren, and visit with neighbors.

One man told me he had “not gotten a flu shot in years” but he now understands that all of us must be part of the COVID solution. In that line there was a clear recognition that vaccines must be equally available to every individual, especially those in underserved populations.

I came away with new confidence that the vaccinations will not only work against the coronavirus but they may also eliminate some barriers in families and communities, and help heal a nation.

I left the building last Tuesday with renewed understanding that democracy and the natural world to which I am drawn have much in common.

Each is complex and fragile at the same time. To function efficiently, all parts must work together. In salt marshes, mountain bogs, piedmont streams and longleaf pine savannas, all living things — plants, animals, and even fungi — must be available to perform essential services for the whole system to survive and thrive.

The way we view the world has everything to do with the way we care for the planet and the living things around us:

The same questions can be asked about our relationship with democratic institutions. Recently, I heard an interview with Montana Sen. Jon Tester in which he said: “We rent this Earth from our kids. It’s best we don’t screw it up.”

Thought not original to Sen. Tester, I needed to hear it again. I’ve heard and read the same concept stated differently by conservationists, writers, theologians and other politicians.

The message is the same: We do not inherit the land from our forefathers; rather we borrow it from our children.

It just so happens that our new mechanic, Joe, is also in charge of environmental policy. I will not agree with all of his decisions over the next four years, but I am pretty certain that we share the same philosophy.

I have a sore arm but I’m ready to roll up my sleeves to fix our troubled democracy and the natural world around us. You see, I borrowed them from my children.

Beautiful creatures, like this prothonotary warbler (Photo 1), do not fly thousands of miles to and from North Carolina each year unless conditions are right. Without ideal habitats, food sources, and temperature ranges for creatures great and small, North Carolina would be a very different place. 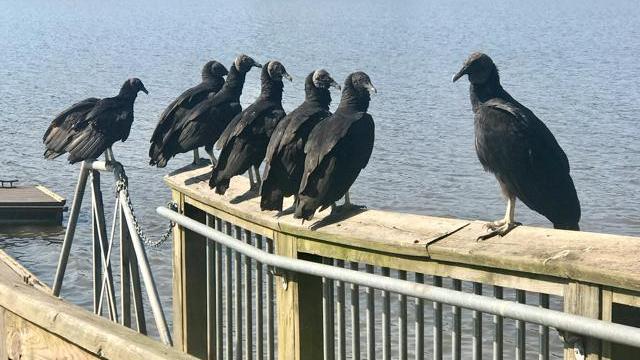 In nature everybody has a job. Without these sanitary engineers there would be a lot more work for humans. Here, this crew of vultures is taking a break at Lake Crabtree. (Photo 2) 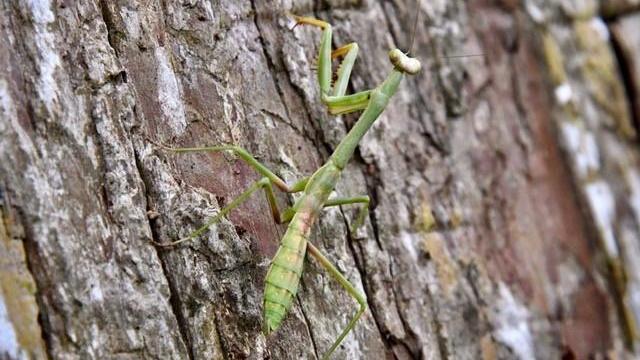 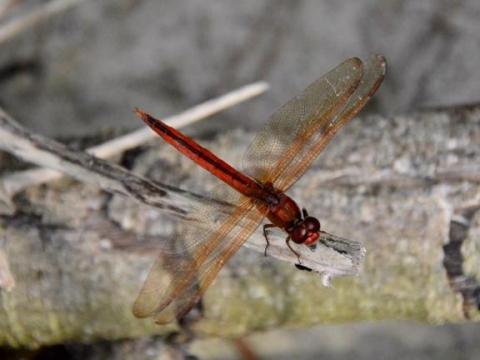 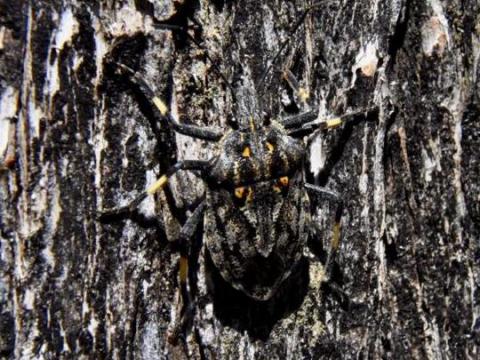 North Carolina’s complex ecosystems include myriad insects that occupy roles as both predator and prey. Most are also exquisitely beautiful, including praying mantis (Photo 3), dragonflies (Photo 4) and insects with unfortunate names, like this stink bug (Photo 5). 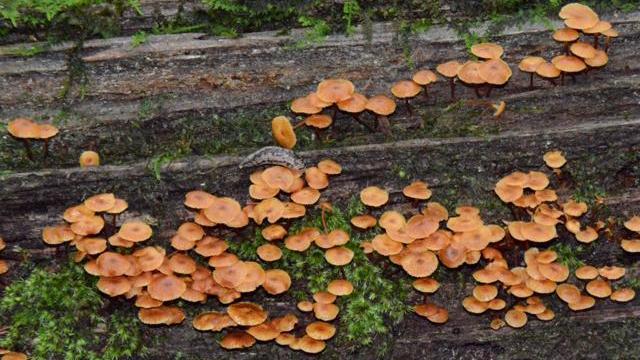 We often forget that fungi, have their own “kingdom.” With some 8,000 species in North Carolina, fungi are critical players in North Carolina ecosystems. In this photograph (Photo 6) the moss, slug, and orange fungi all occupy important niches. 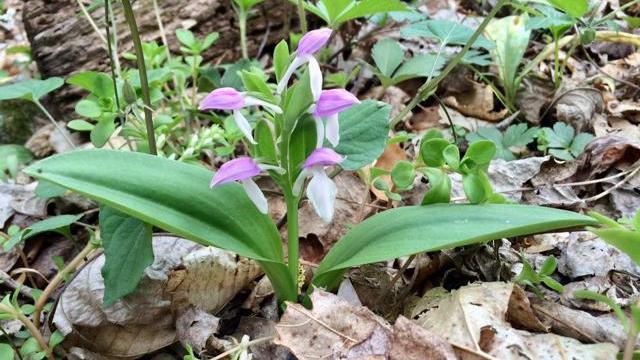 Most of North Carolina’s approximately 75 native orchids, including this “showy orchis” (Photo 7), depend on symbiotic relationships with fungi for their existence. 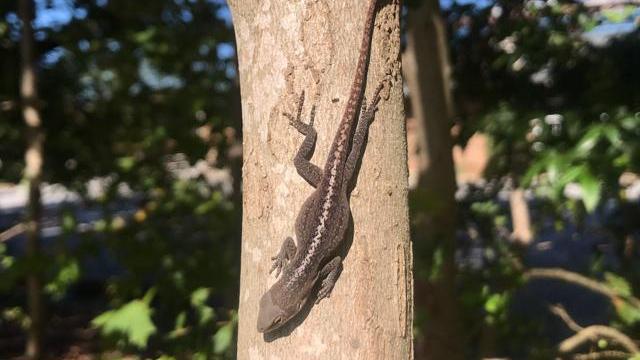 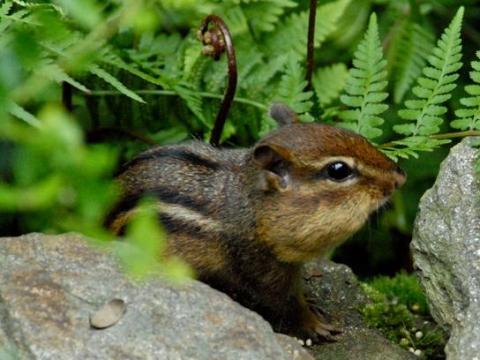 You don’t have to go to a state park to find cool critters. Near downtown Raleigh, my small yard helps support box turtles, some 40 species of birds, lizards like this anole (Photo 8) and at least 10 species of mammals, including this chipmunk (Photo 9). I know that I am also part of the ecosystem. 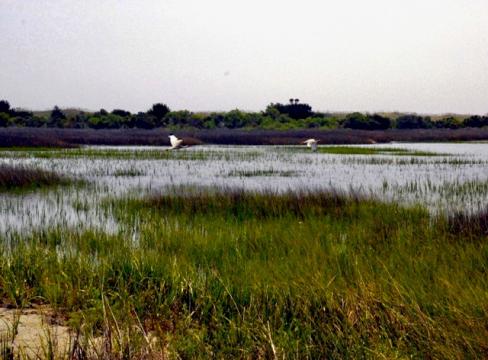 Finally, spartina salt marshes like this beautiful spot at Cape Lookout (Photo 10) serve as storm buffers, nurseries, and food sources for countless creatures. Everything is connected.