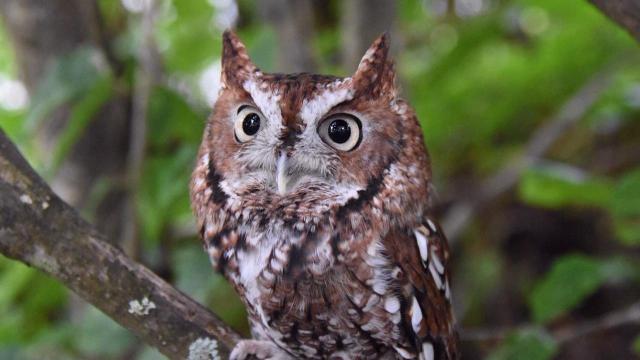 As we enter the “new normal” with some trepidation in the coming weeks, we have all felt the need to thank the women and men who have protected, supplied and nourished us during difficult days. Perhaps the most fitting way to honor courage and selflessness is with a state and national resolve to seek long-term solutions in healthcare delivery, critical infrastructure, education and the environment in ways that no one is left behind.

There will be plenty of time in the months and years to come to analyze our national and local responses to this generational crisis, but it has become clear to many of us that we have too often dealt with long-standing issues in a piecemeal fashion. We cannot anticipate all problems and emergencies, but we can be better prepared when they occur.

Recently, I have thought about a class at Davidson College over 50 years ago when I was first exposed to the term “cathedral thinking” as it related to the construction of the great cathedrals of Medieval Europe (most built between 900 and 1500 A.D.). In that humanities class we learned that many of the cathedrals in England, France and Germany—Winchester, Paris (Notre Dame), Chartres, and Cologne—were built over a period of 100 years or more. In the Middle Ages humankind had a relatively short life expectancy.

This meant that the architects who drew the plans and quarrymen who prepared the foundation stones probably never saw the work of stone carvers, masons and carpenters who toiled at the cathedral a generation later. This second group of craftsmen, in all likelihood, never witnessed the installation of the stained-glass windows that added color and light to the interior. The lesson was simple: when we believe it is important, we humans are capable of working on lasting structures and institutions even when we may not see their completion.

The concept of cathedral thinking did not originate at Davidson College, and the topic has been explored by many speakers and writers. Just consider cathedral thinking as an elegant, concise phrase to describe a more selfless mindset that can help visionary plans become reality. This approach is not new to North Carolinians; we have done it in the past.

During the weeks of sheltering-in-place, each of us has probably done some long-term thinking relating to our families, state and nation. Now is the time to redouble our efforts in applying cathedral thinking to regional and national healthcare, to our schools/universities, power grids, food production and transportation systems. The same cathedral thinking is also required in our ongoing efforts to protect and preserve wild things and places. These natural assets are integral to quality of life, health and economic prosperity.

When North Carolina Gov. Locke Craig and other officials set aside the top of this state’s highest mountain, Mount Mitchell, as our first state park in 1916, they set in motion an idea that has resulted in a system of almost 50 State Parks serving 20 million visitors annually. When Wilma Dykeman wrote about the badly polluted French Broad River running through Asheville in 1950s, she helped lay the groundwork for the national clean water movement by calling on all citizens to “... share in the responsibility for the 'killing'” of a river.

When Bill Friday and others laid the cornerstones for our modern university system in North Carolina in the 1960s and 1970s, they envisioned an institution that would nurture people, the economy, scientific inquiry and the land for many generations. Finally, when Greg Poole Jr., along with a small group known as the “Dix Visionaries,” promoted and worked for a new Central Park—Dix Park—for the City of Raleigh, they knew that its primary beneficiaries had not yet been born. These are but a few examples of the cathedral thinkers in North Carolina who have helped build organizations and institutions to benefit every person and to preserve the natural world around us.

Now, we owe it to future generations to build on the work of the Tar Heel visionaries who have come before us. In addition to setting aside new parklands and public lands as our population expands, elected officials and planners in North Carolina must work to ensure that we do not end up with a “patchwork” of isolated wild lands.

For parks to flourish, for fragile ecosystems to survive, and for the quality of life citizens and visitors expect, today’s cathedral thinkers must connect parks and natural areas via corridors—greenways, trail systems and river buffers. Just as Wilma Dykeman urged every person to share in the responsibility for clean rivers, we must all take responsibility for our own yards, neighborhoods and the natural treasures closest to us.

For more than a century North Carolina has been at the forefront in preserving its wilderness heritage, which comes in many forms. Whatever you call call them—natural treasures, nature’s wonders, God’s creation, or even “natural cathedrals”—they came into being over hundreds, thousands and even millions of years. Our legacy includes mountains, waterfalls, groves of ancient trees, patches of exquisite wildflowers, sunsets filled with birds, free flowing rivers and ocean beaches open to everyone. I have included a few images below of Tar Heel treasures/wonders/creation/cathedrals. When the travel restrictions have eased, visit the wild places that give you the most joy, stimulation or solace. Support them with you time, resources and cathedral thinking.

With gratitude to those who solve our every-day problems and to the cathedral thinkers who prepare a pathway to the future. 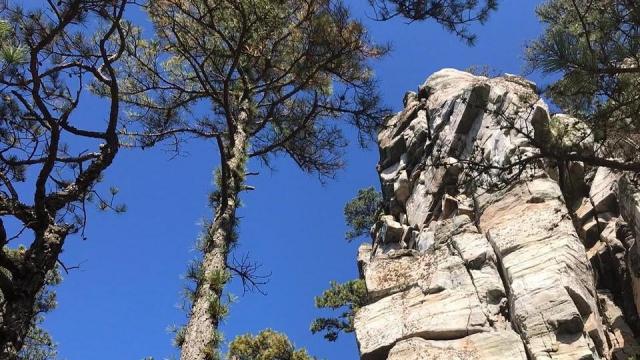 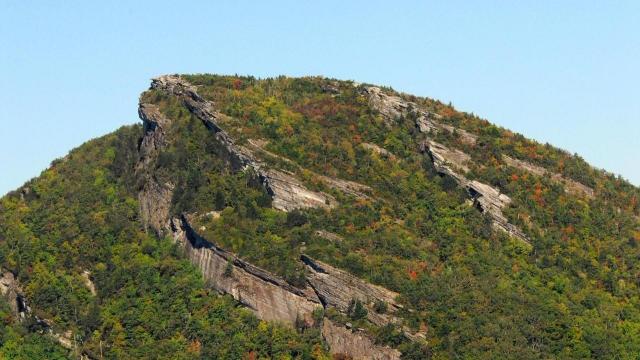 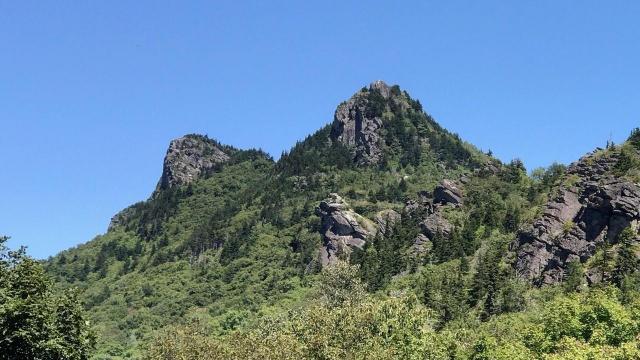 Have you ever looked at a rock formation or a mountain and seen a cathedral? I can easily see one in cliffs on Pilot Mountain (1), in the fault lines of Hawksbill Mountain (2), or in the multiple peaks of Grandfather Mountain (3). Thoughtless development and poorly placed buildings could have changes these vistas for everyone. 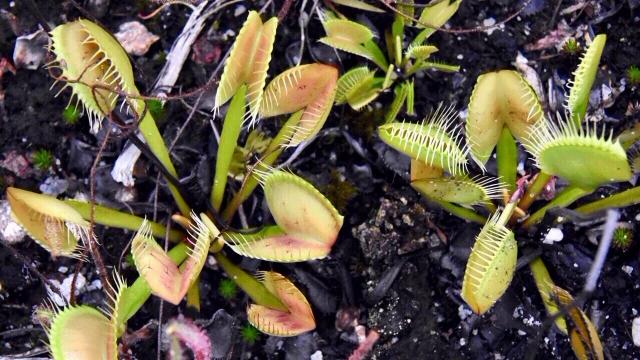 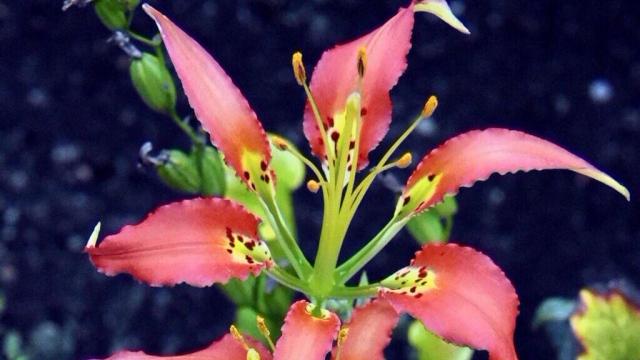 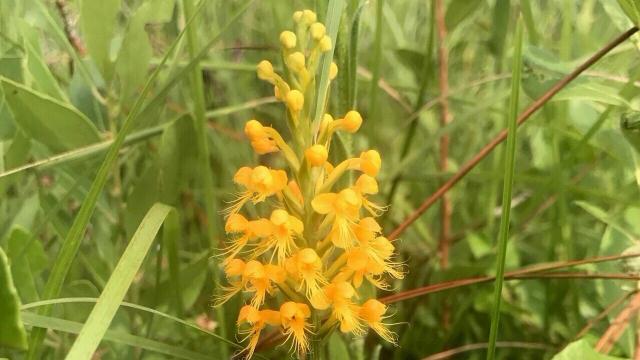 Wildflowers found in our Sandhills and coastal longleaf savannas evolved together in unique habitats over hundreds and even thousands of years. These Venus flytraps (3), Catesby’s Lily (2), and yellow fringed orchid (3) were found within a few feet of each other. Cathedral thinking has saved many critical habitats. 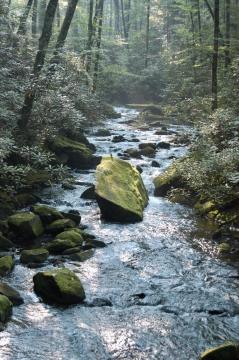 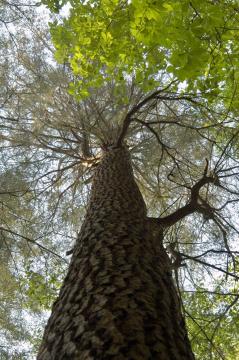 There are a few virgin forests left in America, but you can visit one in North Carolina’s Joyce Kilmer National Forest (1). You can see massive poplar and hemlock (2) reaching more than 100 feet into the sky. Cathedral thinkers helped save this forest primeval. 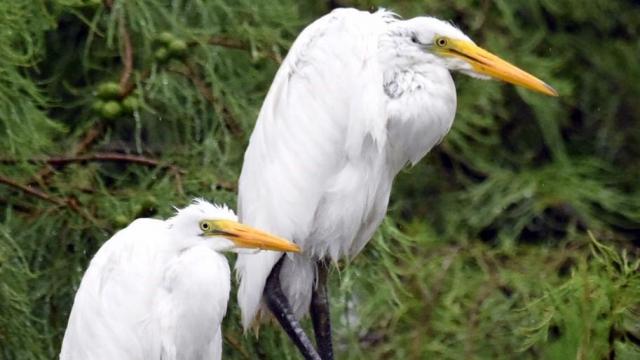 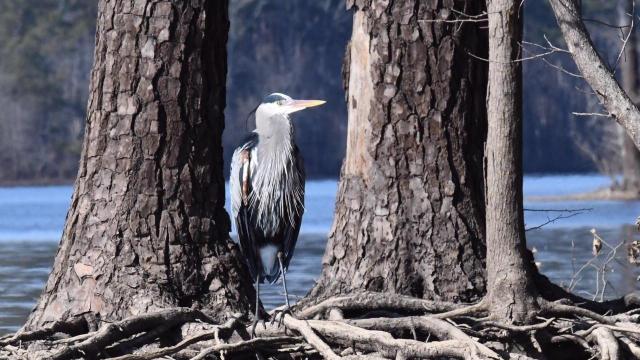 The right habitat for screech owls (1), egrets (2), and great blue herons (3) does not just happen when there is so much competition for timber and waterfront real estate. Habitat has to be set aside by cathedral thinkers. 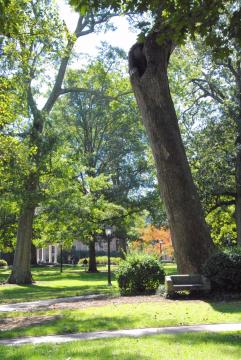 We should all remember that not all great trees and habitats are found in wild places. Great trees can also be protected and nurtured on college campuses, in cities and in our own yards. The Davie Poplar has watched over UNC Chapel Hill since the 1790s.