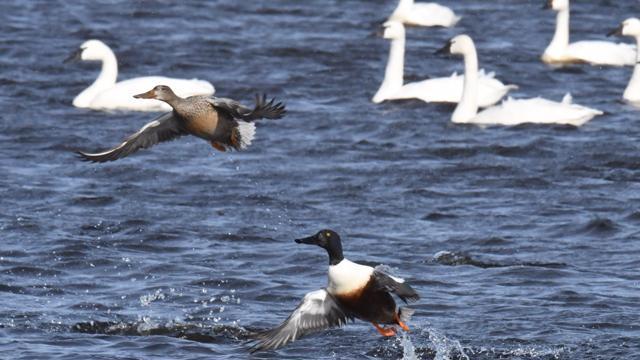 This past week I left my house before sunrise and crossed the Neuse River east of Raleigh on U.S. 64. Just as the sun was coming up I passed over the Tar River at Princeville. Ninety minutes from Raleigh I arrived in Williamston and drove across the U.S. 17 bridge spanning the Roanoke River. In only two hours I stood on the banks of the Chowan River at the west end of the Albemarle Sound. Fifteen minutes to the east, on the other side of the bridge spanning the Chowan, was Edenton.

I mentioned these river crossings and my travel time from Raleigh to the Albemarle Sound because at the time of the American Revolution and during the first half of the 19th century, the same 130-mile trip took four to six days. Whether by horseback or carriage, travelers could average only 25 to 40 miles a day. One reason for slow travel was that there were no bridges over large rivers. Ferries were not always dependable. Bad weather and muddy roads could slow a journey even more.

I am always thankful for 21st century highways and amenities, but I believe it is important to stay in touch with the past. That’s especially true when I am visiting the Albemarle Sound region, arguably North Carolina‘s “cradle of civilization” and one of the most storied “inland seas” in eastern America. Here you will find a vivid record of North Carolina’s colonial, biological, and geological past, along with an 11,000 year history of Native American habitation.

I towed my 17-foot skiff from Raleigh to meet a long time-friend, Stan Riggs on the banks of the Albemarle Sound. Along with being the Distinguished Research Professor of Geology at East Carolina University, Stan is also one of this state’s finest naturalists and observers of the natural world. Being with Stan in eastern North Carolina is like traveling in a time machine -- nothing escapes his notice. He sees ancient shells in river banks, cypress trees growing well away from the shoreline and evidence of early human habitation connected on an intricate timeline.

With Stan Riggs and others, I have explored the Albemarle Sound — running more than 50 miles from east to west, and 5 to 14 miles north to south. It is seldom deeper than 25 feet, and everything is at sea level.

When Sir Walter Raleigh’s colonists came to North Carolina in the 1580s they passed through today’s Outer Banks at Roanoke Inlet, near the current location of Nags Head. Raleigh’s colony on Roanoke Island was “lost“ in 1591, but by the late 1600s colonists from Virginia had moved south and settled on the north shore of the Albemarle Sound. Because Roanoke Inlet and other inlets remained open during much of the 1700s, Edenton became a major colonial “port city” on the Albemarle and served as North Carolina’s colonial capital from 1722 to 1743.

There were other inlets cutting through the northern Outer Banks above Roanoke Island—Old Currituck, New Currituck, Musketo Inlet, and Caffey’s Inlet. In the colonial period, and the years after the American Revolution, Currituck Sound at the east end of the Albemarle was renowned for its salty Currituck oysters.

The inlets also meant international commerce for the Albemarle region. In 1786, five years after the American Revolution, the Custom’s House at the Port of Currituck (near present day Moyock) recorded "194 schooners, 43 sloops, and five brigantines” (large ocean-going sailing vessels). Perhaps now you have an idea of why the Albemarle Sound was the center of commerce, fisheries, agriculture, and culture for North Carolina.

Things can change quickly on the coast. Fickle winds and tides at the Outer Banks closed Roanoke Inlet in 1795 and New Currituck Inlet in 1828. Edenton no longer had easy access to the Atlantic. The salty oysters of Currituck Sound disappeared. Today, there are no inlets north of Oregon Inlet on the Outer Banks. Even with the closing of inlets and changes in salinity, people in the region adapted to changing conditions and thrived.

When we launched my skiff at a small boat ramp on the west bank of Chowan River, Stan reminded me that we were at sea level, 50 miles from the Atlantic Ocean. In the Chowan there was once a great herring and shad fishery. Hundreds of waterman, many of them African-American, netted and packed thousands of barrels of herring and shad for shipment each year to northern cities in the 19th and early 20th centuries.

At the mouth of the Roanoke River, striped bass, some weighing over 100 pounds, provided an extraordinary resource at the beginning of the 20th century. Stan and I were both familiar with the John White watercolor of Native Americans, in a large dugout canoe, fishing the same waters when Europeans first entered the Albemarle Sound over 400 years ago.

We remembered that long dugout canoes, some dating to 2500 BCE (4,500 years ago) had been discovered at Phelps Lake on the south side of the Albemarle. At that time there would’ve been no water in what would become Albemarle Sound, only large freshwater rivers. Stone artifacts have also been found in the Phelps Lake area used by Paleo Indians more than 11,000 years ago. Stan Riggs told me that sea level between 11,000 and 12,000 years ago would have been 167 to 200 feet lower than today’s levels. This means that for the Paleo Indians that there would’ve been no Albemarle Sound and no Outer Banks (in their current location). The shoreline on the Atlantic Ocean,and perhaps some barrier islands, would have been 12-15 miles further east on the continental shelf.

For almost five hours Riggs and I motored along the shoreline of the Chowan River admiring giant cypress trees growing well out into the water. We beached the skiff on several occasions to look at steep sand cliffs — distinct layers of shells, sand, and clay — showing hundreds of thousands of years of coastal history. Standing on a narrow beach at sea level, we were acutely aware that sea level had been higher and lower many times over the last two million years (the Ice Ages).

Stan Riggs and his colleagues at East Carolina University have studied the North Carolina coast for more than 50 years. They understand that greenhouse gases, caused by human activity, have increased atmospheric temperatures and accelerated sea level rise. To be sure, there are natural variations in atmospheric temperatures and sea levels, but the rapid changes that we are now experiencing are not part of normal cycles.

Increasingly warmer temperatures and rapidly rising seas will make it difficult for plants, animals and humans to adapt. Already, we see “ghost forests” and disappearing Tar Heel beaches that constantly need to be “nourished” with new sand. Low lying agricultural areas and coastal towns will also be dramatically impacted by rising seas in coming years. A future with unchecked rising temperatures is not sustainable.

If you knew for certain that your actions and the policies of your state and country could help slow rising sea levels, stabilize increasing atmospheric temperatures, and improve quality of life for your grandchildren, would you make some changes in the way you live? Millions of people, including some in leadership positions, ignore climate change because they:

We try to take care of our homes, businesses and families. We fix the roof when it leaks, we turn on the air-conditioning when it gets too hot, and we even take care of our yards by “eliminating weeds.” Many of us, on the advice of a doctor, take a daily medication to prevent high blood pressure or other medical issues that can have serious implications.

Yet, somehow, when it comes to our only planet, we ignore routine “care and maintenance.” We have quit listening to the problem solvers and experts, and we are no longer working together to address problems that impact all of us.

We cannot stop change but can choose leaders willing to curb the use of fossil fuels, reduce greenhouse gases and turn back Earth’s thermostat. Given half a chance, the natural world and children of the next generation will adapt and thrive.

If you need proof; take a voyage on the Albemarle Sound where humankind has adapted to changing conditions for 11,000 years. Wishing you a sound voyage. 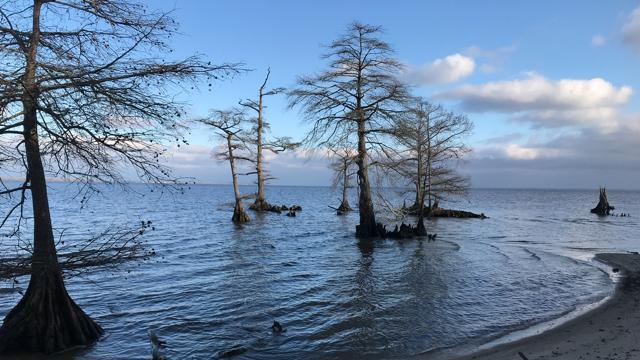 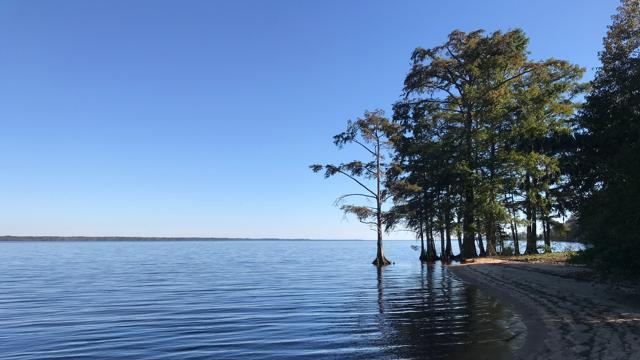 The Roanoke and the Chowan are the two largest rivers flowing into the Albemarle Sound. Even though it is over 50 miles from the west end of the Albemarle Sound to the Atlantic Ocean, the entire body of water is at sea level. (Photos 1 and 2) 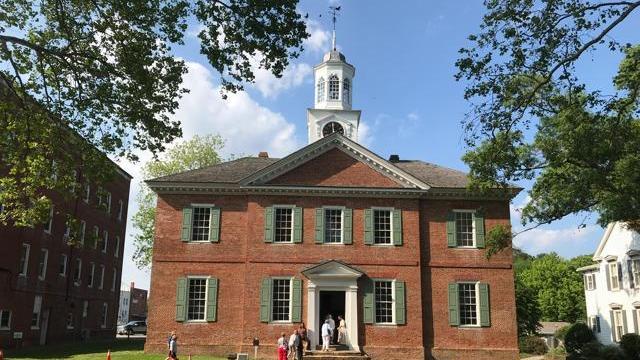 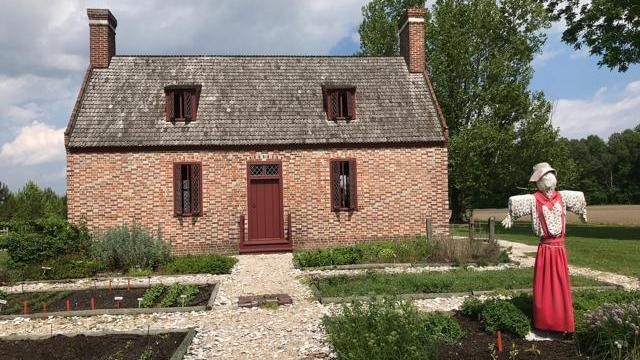 The Edenton/Chowan County Courthouse, built in 1767 (Photo 3), and the Newbold-White House in Hertford, constructed in 1730 (Photo 4), were built during a time when the Albemarle Sound was open to the rest of the world through several inlets in the northern Outer Banks. 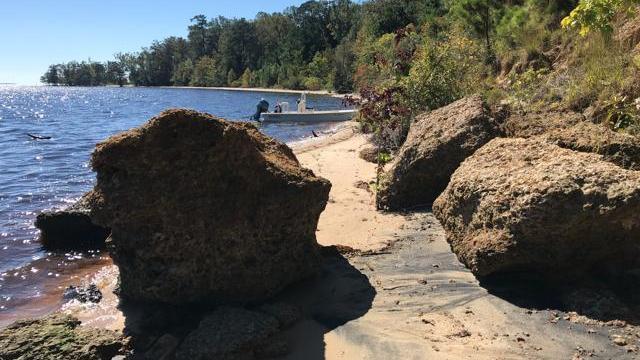 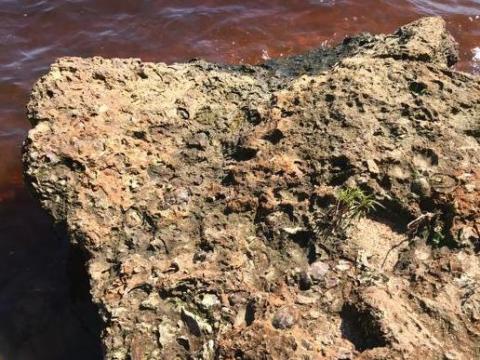 Narrow beaches on the west side of the Chowan River often hold fossil shells showing that saltwater and ocean marine life of the Atlantic often reached far inland during times with higher sea levels. (Photos 5 and 6) 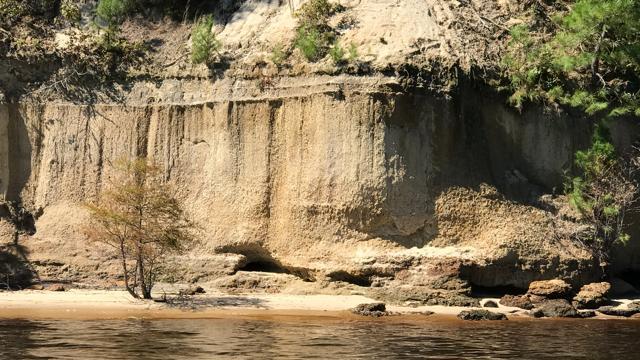 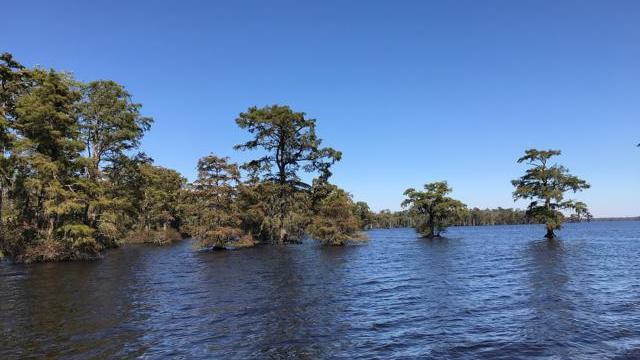 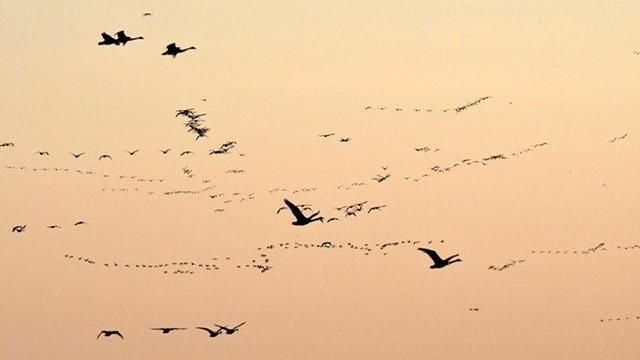 Animals, fish, and birds of the Albemarle sound have had to adapt to changes in salinity and water levels over thousands of years. By late November, migratory waterfowl will return— Just as they have done for millennia—to the sound and adjoining wetlands. (Photos 9 and 10)