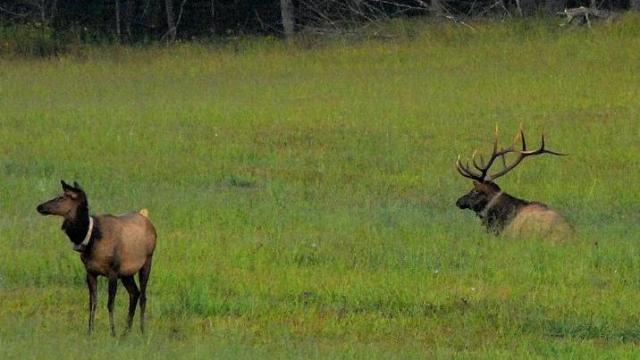 Last week I had the privilege of driving through one of the most beautiful mountain areas in Eastern America. The five counties — Yancey, Mitchell, Avery, Watauga and Ashe — tucked in the northwestern corner of North Carolina host great biodiversity and many of our highest peaks including: Mount Mitchell; Roan Mountain; Grandfather Mountain; and Elk Knob. Ironically, the stiffest competition for the grandest mountains in the East are also in North Carolina in our southwestern counties: Transylvania; Jackson; Haywood; and Swain. These counties also contain extraordinary plant and animal life and numerous peaks over 5,000 and even 6,000 feet in altitude.

The two-day trip out of Raleigh was an affirmation of what I have long known: the Tar Heel state has few equals anywhere in the world for outdoor opportunity and connections with nature.

Starting as springs and trickles on high ridges, great rivers are born, among them the Yadkin, Catawba, New, French Broad and Savannah. Even in the Piedmont there are high places and the headwaters of more very old rivers—the Tar, Neuse, and Cape Fear — before they wind their way toward the Atlantic.

By now, it should also be clear that North Carolina offers coastal opportunities that many states (and nations) can only dream of. We have an Atlantic shoreline measuring more than 300 miles in length and three dramatic capes — Hatteras, Lookout, and Cape Fear.

Most of us are aware that North Carolina has several large “inland seas,” including Albemarle, Pamlico and Bogue Sounds. But what many of us don’t know is that the shorelines around these productive estuaries measure an astonishing 12,000 miles in length.

Add to these natural assets, a temperate climate and an average annual rainfall of more than 40 inches in every region, and North Carolina is surely one of the “sweet spots” on planet Earth. This access to nature is one of the key reasons why North Carolina ranks high in national listings of America’s “best places” to live, do business, go to school, and retire.

During this election year candidates from both parties have sought to define the “American Dream” -- the belief that with hard work, anyone in America can “change their stars” and become upwardly mobile. Political parties have had more difficulty selling the “dream” in 2020, a year marked by a tragic pandemic, economic turmoil, social unrest and increasing indicators of a warming planet. For all the things we love about this state and nation, the last six months have served as a reminder that too many children do not have access to the same open doors of opportunity available to their peers.

Perhaps nothing is more essential to the American experience than “possibility.“ For me, the concept of possibility has rarely been better expressed than in the song, “My Shot,” from the Broadway musical Hamilton. During and after the American Revolution, the dreams of young Alexander Hamilton and other visionaries are captured in these lines:

“...I'm just like my country
I'm young, scrappy and hungry
And I'm not throwin' away my shot”

During the last six months while hunkered down I have reflected on the elements of opportunity required for a “shot” at a successful future. Before there is equal access to good paying jobs, there must access to an adequate education. It has been 23 years since North Carolina Chief Justice Burley Mitchell wrote his famous opinion in Leandro v. State of North Carolina (1997). After concluding that every child had a constitutional right to a “sound basic education” Chief Justice Mitchell wrote: “An education that does not serve the purpose of preparing students to participate and compete in the society in which they live and work is devoid of substance and is constitutionally inadequate.”

Even though we may have climbed a few notches in teachers’ pay and in school rankings, it is difficult to make the argument in 2020 that the children in our poorest counties and towns are receiving an education even approaching the standards required by Leandro.

And having traveled in every county in the state over the last two decades I have watched with dismay as some rural and small town hospitals have closed, taking with them accessible emergency services. When the pandemic appeared in early 2020, parts of North Carolina and the nation were already classified as “health care deserts.” Without adequate health insurance and access to healthcare, the American dream is diminished for countless children, young families and senior citizens.

As I traveled across North Carolina’s magnificent northwestern counties last week, I admit that for a couple of days I almost forgot about the ongoing pandemic and the way it has affected all of us. I was caught up in the smell of fir and spruce, and the spectacle of migrating hummingbirds on cardinal flower and a southbound osprey snatching a trout on-the-fly. I was reminded again how clear streams can be when protected by forest buffers. Nature also gave me a sneak preview of autumn with a few bright red patches of mountain ash and the first yellow leaves of sassafras.

The natural world constantly reminds me that in change there is opportunity. I want to believe that instead of just exposing problems, the last six months have highlighted opportunities for improvement in education, employment, healthcare, social justice, and the way we embrace our differences. In this difficult time I’d also like to think that more North Carolinians now include access to nature as part of their American Dream. It is the peace in wild places, and access to other living creatures that give meaning to our own existence.

Many of my favorite Tar Heel destinations, where natural wonder can be seen in every bend of a river and on every ridge line, are often in the same counties where healthcare, good schools and opportunity are in short supply. We cannot eliminate all the obstacles in life, but the barriers should not be so daunting that, even with hard work, the “dream” is beyond reach. No matter where a child lives and grows in North Carolina, she should know and believe: “I’m not throwin’ away my shot.” 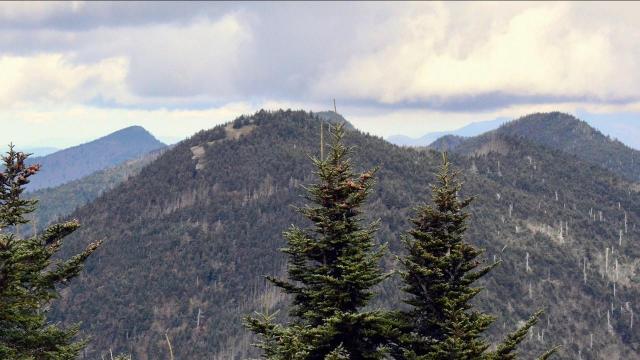 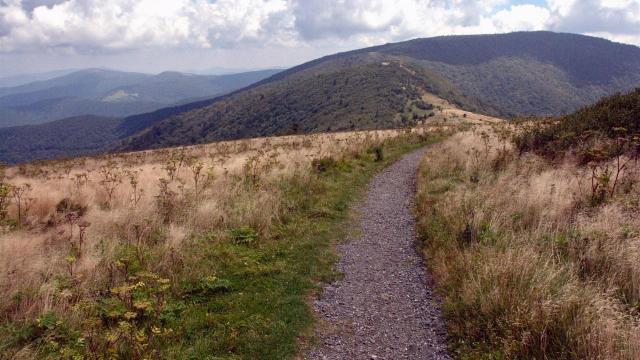 The “High Country” of northwestern North Carolina holds more 6,000 foot peaks east of the Mississippi than any other section of the Appalachians. Mount Craig (6,643 feet), adjacent to Mount Mitchell, is the second highest peak in the East ( Photo 1). Roan Mountain, near the Tennessee border, is home to a particularly beautiful stretch of the Appalachian Trail (Photo 2) 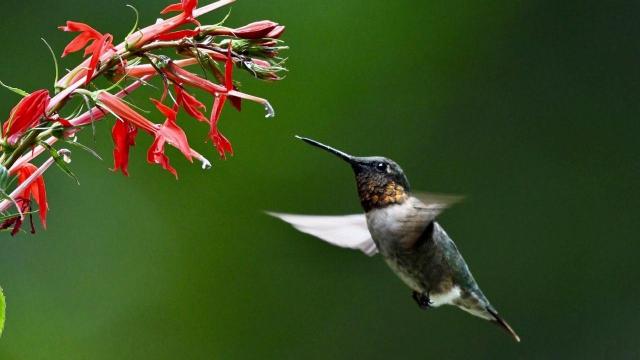 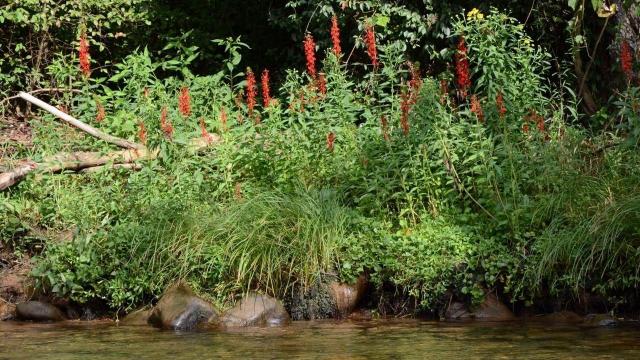 Hummingbirds, on their southern migration in late August and September, can be seen fueling up (Photo 3) with the nectar of cardinal flower (Photo 4) along stream banks. 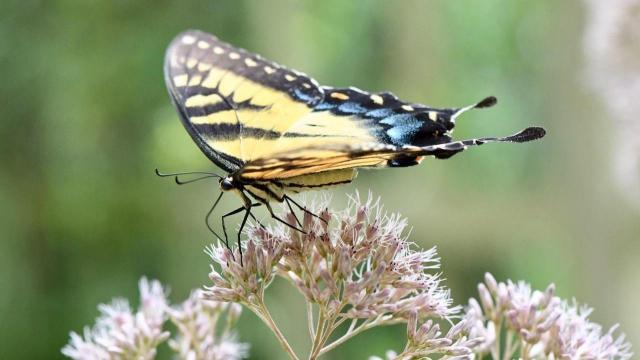 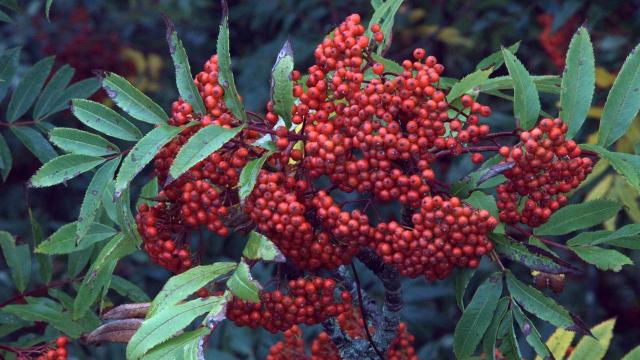 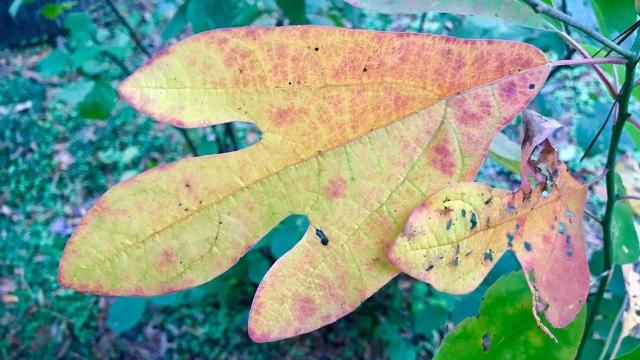 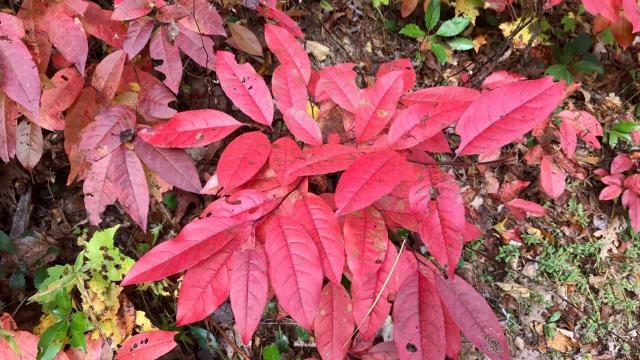 In early September some plants in our high mountains are known for producing the first colors of autumn, including mountain ash (Photo 6), sassafras (Photo 7), and sourwood (Photo 8). 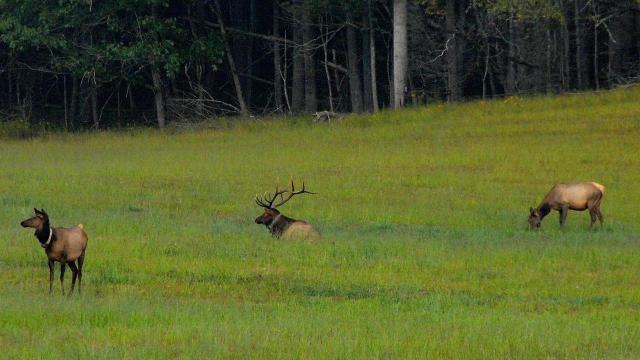 Elk are a sign of hope.(Photo 9) Once part of the mega fauna of this region they were extirpated from the Appalachians almost 200 years ago. Herds are now being re-established in the mountains of North Carolina and Tennessee in the Great Smoky Mountains National Park.