TOM EARNHARDT: A vote for the vibrant colors of October 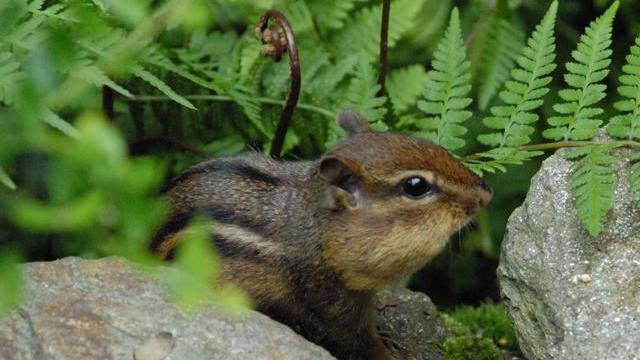 If you could choose only one month each year in North Carolina, what would it be? As far back as I can remember October has always gotten my vote. It is neither too hot, nor too cold, and it’s always been the month with the most vibrancy. On farms Tar Heels of every age are busy with the harvest—corn, sweet potatoes, peanuts, cotton, pumpkins, tobacco, apples and soy beans. In October, students from elementary school to the university level exude the confidence and hope of a new year. In normal years this best of all months also brings us the World Series, football, and state/county fairs.

For me, however, the magic of October is best demonstrated in the natural world. It is a time of transition and preparation: caterpillars (of moths) are busy spinning cocoons, and eastern box turtles prepare for hibernation by burrowing in loose soil or mud. It is the month many spiders produce egg sacs that will insure a new generation in the spring, and when the last monarch butterflies begin their 2,000-mile trip to Mexico.

By early October some of our most beautiful songbirds—warblers, buntings, and tanagers—and many of our coastal birds are heading to points south in the Caribbean, Central America, and South America. However, we don’t lose bird numbers in autumn. For every bird that flies south, another is coming to winter-over in North Carolina from states and nations in the far north. This is also an active month for mammals, like the chipmunks in my yard that hoard food for the winter.

It is during the Indian summer days of October when those of us who love to fish are torn between trout fishing in the mountains and the best fishing of the year—red drum, spotted weakfish, false albacore, and king mackerel—in North Carolina’s sounds and nearshore waters. This is also the month when serious oyster lovers head for the coast, or to their favorite oyster bar. What is there not to love about October?

I have not forgotten the colors of a Tar Heel autumn. For more than a month each year, starting on our 6,000 foot peaks and then spreading to the east and southeast, North Carolina becomes a postcard in yellow, red, and gold. Our vivid colors are often highlighted by clear air and intense blue skies brought by early cold fronts moving down from Canada. As an avid photographer, I am pulled east and west simultaneously to record the colors of the halcyon days of October. No other month offers such a menu of opportunity.

If you also regard October as the best of times, you are in good company. Perhaps the highest praise for this grandest of months came from my late friend Bernard “Lefty” Kreh, an outdoor columnist for theBaltimore Sun. Lefty once wrote: “God’s only mistake in the creation was in not giving us twelve Octobers!”

This year, 2020, has been different. All of us have been affected by a pandemic that has taken a terrible toll on North Carolina and the nation. Visits with close friends and family have changed or been postponed. Business and social interactions are now governed by new rules of the road—wearing masks, social distancing, conference via computer, and hand sanitizer next to the salt n’ pepper. Perhaps most disconcerting, in this election year, there is division and rancor in our communities that few of us have ever experienced. Thankfully, North Carolinians can find some respite in October, a month of hope and reflection.

This weekend my son will spend a day fishing in the mountains and my daughter will hike with friends. My wife and I will celebrate autumn wildflowers and changing leaves in a nearby park. More than likely, I will also spend a couple of hours in my rowboat at one of several public lakes near our home.

As my family and I make these choices, I am cognizant that many people do not have the same access to the natural world that we have been given. For some, taking the time from work for a “travel day” is not an option, and for others, the costs of traveling outside of their home county may not be affordable because of the economic impact of COVID-19.

This year of the pandemic should remind us that too many Tar Heels worry because of limited access to affordable healthcare. Even more are worried about having the money to pay the mortgage or the rent. And not every child has the same access to a quality education or the high-speed internet service required for on-line learning. Finally, we only need to look back a couple of months to the events of summer, to understand that not all Americans, in the year 2020, are assured of access to equal justice.

There are no guarantees of success on life’s journey, but all of us should strive for a North Carolina where the starting line is the same for every child. Going forward, October — a month of beauty, transition, and reflection — should remind us that as North Carolina attracts more good-paying jobs, builds more schools, provides state-of-the-art medical facilities, and secures new public lands for parks, such improvements have little meaning to those among us without access.

Perhaps most galling to me in my 75th year is that some candidates, and factions of major political parties, would rather restrict access to voting than earn the votes of fellow citizens. More than ever, I believe that access to education, economic independence, and quality of life starts at the voting booth. In less polarized times I’m also convinced that North Carolinians, no matter their political affiliations, are capable of agreeing on fair registration and voting regulations. We can, and should, disagree over law and policy, but we must join together in the fight for equality of suffrage for every woman and man. Nothing is more powerful or sacred in a democracy than a ballot in hand.

Wishing you access to the beauty and peace of October. 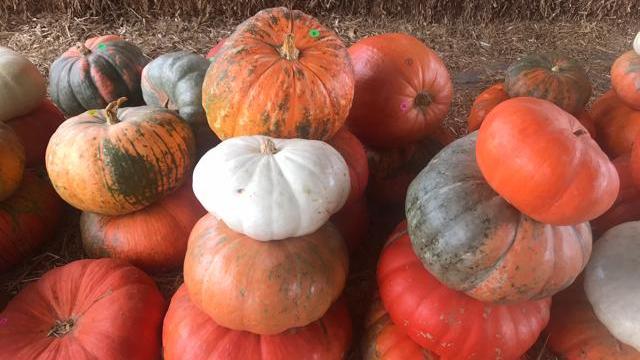 October is the harvest month in North Carolina when farmers from the mountains to the coast are in a frenzy of activity. Few farm products are more photogenic than pumpkins! (Photo 1) 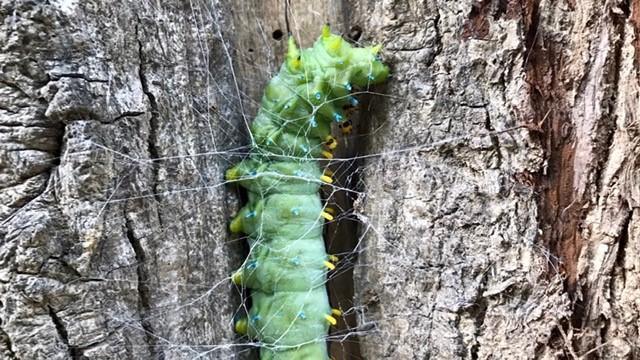 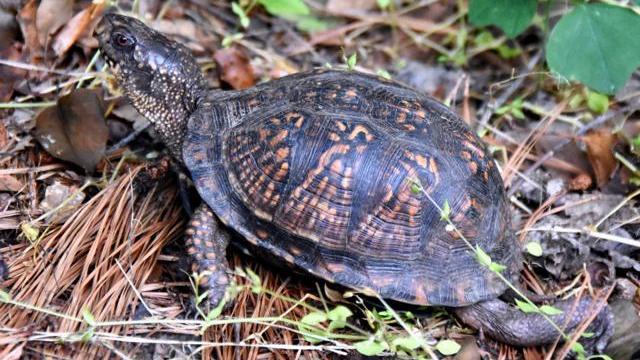 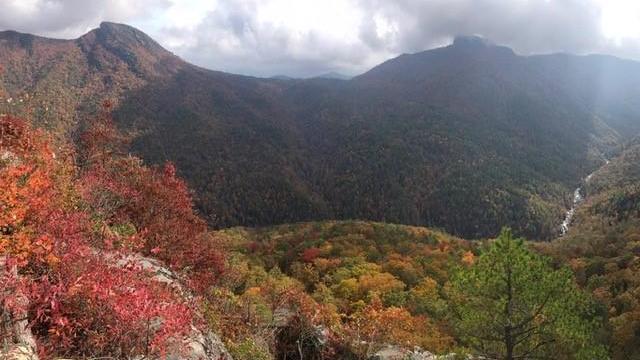 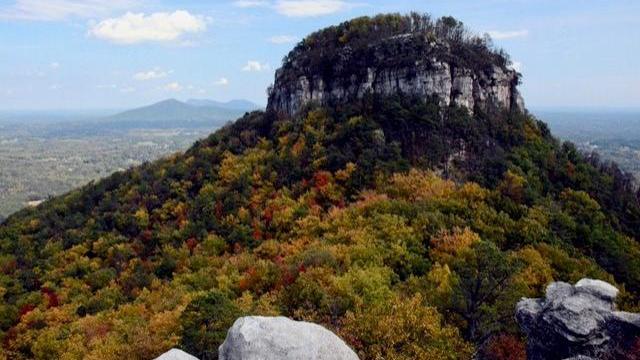 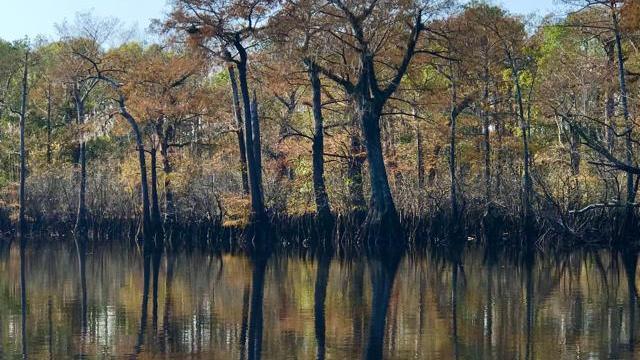 Beginning in early October, a wave of red and gold roles across the Blue Ridge (Photo 5), and two weeks later it covers the Piedmont at Pilot Mountain (Photo 6). In the last days of October the same red and gold begins to appear in the ancient cypress of the Black River near Wilmington (Photo 7). 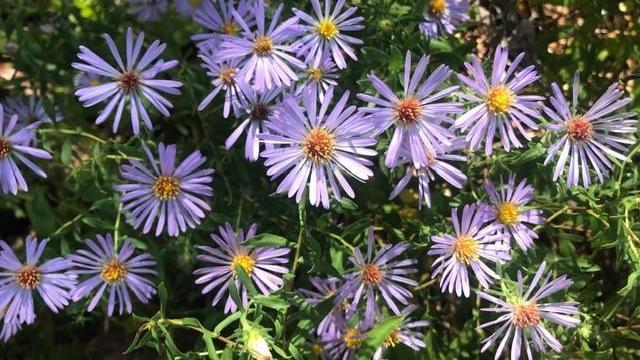 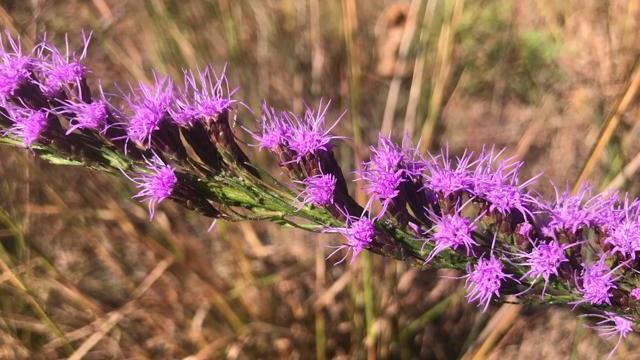 Some of North Carolina‘s last wildflowers of the year are at their peak in late October, including several species of astor ((Photo 8) and blazing star (Photo 9). 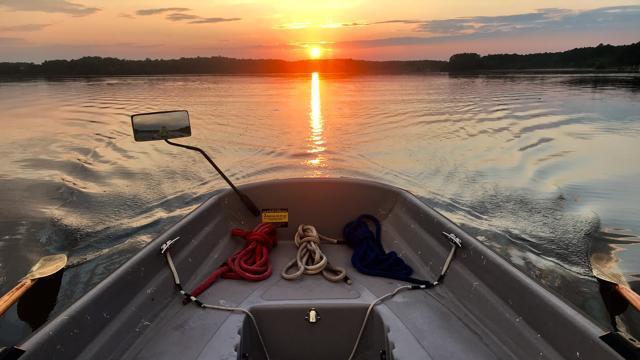 Finally, whether you hike, bike, or row in October, you’ll notice clearer skies without the humidity of summer, and sunsets that bath the earth in color. (Photo 10)